Why Singers Should Write their Own Songs! Or Not?

Noel Gallagher of Oasis has claimed teams of songwriters are ruining the music industry and he said he wouldn't write a song for someone else.

"It's something that I have been asked to do on a couple of occasions, and I just think that they're just performers aren't they? Unless you do your own stuff, what are you? You're just a performing seal for somebody else...I've never written a song for anybody else, I wouldn't have the nerve to ask anybody else to write me a song. Write your own songs, what you asking me for?"

"But then you think about artists that can’t really sing, that have songs written for them, and it’s like, well why are they artists? Why are companies paying money to promote them? Because they’re beautiful and look good on camera and are kinda-sorta singing along? It’s like karaoke for pretty girls. When you’re a singer-songwriter it doesn’t really matter if you’re beautiful. What matters is that you create a relationship with your fans, and they care what you have to say.”

Many Respected Artists Didn't Write their Own Songs

Their defenders would say they didn't write their own songs but they're still artists because they had to interpret and bring their own meaning to a song, which in itself is a type of creation and artistry. And do songs like Papa Was a Rollin' Stone, I Heard It Through the Grapevine, Cloud Nine, Ball of Confusion (That's What the World Is Today), and Just My Imagination (Running Away with Me) become less good because the singers themselves didn't write them?

What about an album like Mermaid Avenue by Billy Bragg and Wilco that was based on the previously unheard lyrics of Woody Guthrie? Is it less good because the songs were written by someone else? The concept album The Wall by Pink Floyd was mostly written by Roger Waters and he sings most of the songs. The main character was based on Waters himself. When you listen to The Wall, you're hearing him express his own thoughts and feelings, not someone else's. Would it matter if it was sung by someone else though? Wouldn't those songs still be great?

Some people may be great songwriters but bad singers. Or maybe they're introverts who want to be in the background. Many great songs were written by individuals like this.

Those who favor singer-songwriters may believe their songs are more authentic than those of "entertainers" who don't write their own material. Entertainers are purely in it for the money and fame. The songwriter must actually care about their material. But why assume they must? Even a songwriter can write material that's solely aimed at bringing them wealth or fame or acclaim. This is true of The Beatles first album. They wrote songs that mimicked what was successful at the time. According to John Lennon they were:

"...just writing songs à la Everly Brothers, à la Buddy Holly, pop songs with no more thought of them than that - to create a sound. And the words were almost irrelevant."

And a singer-songwriter may not always be great at what they do. Patrick Taylor from RapReviews said Ed Sheeran's:

"...lyrics are full of cheesy sentiments and cliches...Ed Sheeran is an impressive talent, but his juvenile lyrics and lightweight sensibility make him a tough sell to any one old enough to drink."

Ed writes his own material but he's far from being respected critically with both of his albums getting ratings of 67 on Metacritic. Not bad but far from being acclaimed for someone who sees himself as a serious artist.

It's hard to imagine certain songs about personal experiences being sung by anyone other than their writers. Someone who didn't have those experiences would be faking the feelings and emotions expressed in the song.

However, songs written by singer-songwriters aren't always based on personal experiences. A lot of songs tell stories and don't reflect the singer's life and experiences. Pearl Jam's Alive is only loosely based on Eddie Veddar's own experience of finding out the man who raised him wasn't his real father. The song is actually about a fictional character he created. All I Wanna Do by Sheryl Crowe was based on a Wyn Cooper poem. Irish newcomer Hozier says the book Portrait of the Artist as a Young Man by James Joyce was a big influence on his songwriting. And we know that Johnny Cash never actually shot a man in Reno just to watch him die.

Having said that, the anti-war anthem War is an example of the problem of singers not writing their own songs. The Temptations originally recorded War. Motown and The Temptations themselves were reluctant to release the song as a single fearing it was too controversial and might upset more conservative members of the group's fan base. Perhaps the group didn't feel strongly enough about the message behind the song to take that risk. Edwin Starr who only had one hit to his name offered to record and release War and Motown agreed. It's hard to know if anyone other than the writers Norman Whitfield and Barrett Strong actually cared about the meaning of the song.

Can a song have the same level of meaning if sung by someone else? Probably yes if that person truly identifies with the song. But if a singer needs an album's worth of material, what is their criteria? That they can personally identify with each and every song at a visceral level? That it has hit potential? That it appeals to their target audience? In many cases the songs are chosen by people at the label or by producers rather than the singers themselves.

Do you think singers who don't write their own material aren't real artists?

Do you generally prefer singers who write their own songs?

Individual listeners care about different things when it comes to songs. Some want to find their own personal meaning in a song and might have little interest in what the songwriter experienced. They may not even care whether a songwriter was writing from personal experience or was simply throwing together words that would form a hit song. It may not bother them to learn that it was written by a team of people with the sole purpose of getting a hit. They'll love a song simply because it sounds good to them and the origin is irrelevant. Others will feel a song isn't meaningful or authentic unless it's being sung by it's writer.

"...should be something that liberates the soul, provokes the imagination and encourages people to go further. It celebrates humanity instead of manipulating it."

Music is a powerful tool for arousing feelings and emotions. When people say music should be the creation of the musicians themselves perhaps what they're really uncomfortable with is the focus on profits (which have nothing to do with liberating the soul or provoking imagination and a lot to do with manipulating humanity) rather than artistry that's behind the existence of many songs. Maybe cold business decisions driving the creation of what can affect us so strongly emotionally is troubling. Some can only appreciate the honest singer-songwriters who are expressing genuine and raw emotions, rather than singers who may be mindlessly and mechanically repeating someone else's words and ideas solely to get a hit or fill an album's tracklist. 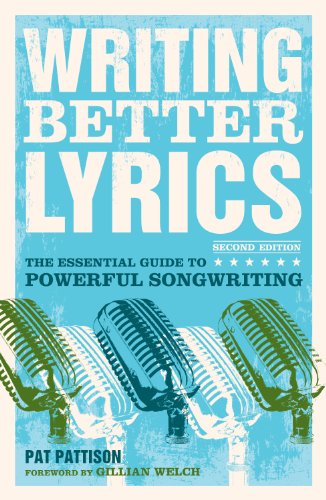