Singer and Songwriter Klaus Meine of the Scorpions

His isn't a household name, but the band for which Klaus Meine has been the lead singer and songwriter for the past forty years is one of the most popular hard rock groups in history.

Even if you're not familiar with The Scorpions, you may have heard some of their hits. Still Loving You was a popular school dance song when I was growing up in the '80s, and an acoustic version was part of the "Lord of the Rings" movie soundtrack. (Watch the video.) The Scorpions have sold over 100 million records.

I've been a fan of Klaus Meine and the rest of the Scorpions since I first heard them in Middle School, and I became an even bigger fan when I saw them live in the early '90s. I can hardly believe that Klaus is now in his 60s, and the Scorpions are in the midst of their final world tour. As soon as they post their U.S. dates, I'll be buying a ticket. Anyone wanna go with me?

Have You Heard of Klaus Meine?

I suppose there COULD be more than one Klaus Meine (pronounce "mine," for those of you who don't sprechen sie Deutsch), but I'm specifically asking about this man of small stature with the big, rockin', melodic voice.

So, do you know of this Klaus?

Singer Klaus Meine, known for his melodic, counter-tenor voice as front-man for the hard rock group, The Scorpions, was born on May 25th, 1948, in Hanover, Germany. Meine has written most of the lyrics for the Scorpions' songs.

In 1981, after a world tour and during the recording of the

Blackout album, Klaus Meine lost his voice. In fact, he couldn't even speak properly let alone sing, and he was advised by his doctor to consider another profession. But the Scorpions stuck together and after therapy and two vocal cord surgeries, Meine's voice recovered.

Klaus Meine was ranked by Hit Parader as the twenty-second greatest heavy metal vocalist of all time. He is respected worldwide for his support for music and human rights.

The Latest From The Scorpions 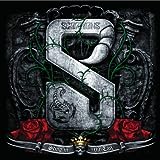 Sting in the Tail
A quote from Klaus Meine: "While we were working on our album these past few months, we could literally feel how powerful and creative our work was–and how much fun we were still having, in the process. We want to end the Scorpions' extraordinary career on a high note. We are extremely gracious for the fact that we still have the same passion for music we've always had since the beginning."
Buy Now

Klaus Sings the Ballad, Wind of Change - Here, have a listen....

This song was written by Klaus for the Scorpions' Crazy World album, which was released in 1990. The song is about Glasnost in the Soviet Union (Glasnost was a policy that increased transparency in government institutions and activities), the end of the Cold War, and the fall of Socialist-run governments in the eastern bloc beginning in 1989.

Send Me An Angel - Also from the Crazy World album

This is one of my all-time favorite Scorpions songs, which really showcases Klaus Meine's vocal range. From their 1984 album Love at First Sting, this song is, on the surface, about a love affair gone bad, in which the lovers have decided to give it one more try before calling it quits. Some also consider this song a metaphor for the divide that still existed at the time between East and West Germany, with references to the Berlin Wall (ie. "Your pride has built a wall so strong I can't get through...").

As you'll see and hear in this video, this versatile song was re-recorded with the Berlin Philharmonic Orchestra in 2000 for the Moment of Glory album. Enjoy!

More Klaus Meine Videos - Choose the one you want to watch...

...or sit back and enjoy them all for a full dose of Klaus.

Meaning, of his musical talent.

So, What Do YOU Think of Klaus Meine?

The Best Of Klaus and The Rest of the Band 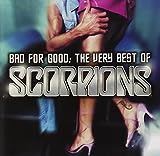 Bad For Good: The Very Best of Scorpions
Still Loving You, Rock You Like a Hurricane, Rhythm of Love -- these songs bring me right back to high school dances and my college days, when I listened to the Scorps nearly every day and saw them in concert several times. I'm happy to still hear these classic hard rock tunes being played ... even if it just in the grocery store once in a while or on a "oldies" rock radio station. Somehow, though, even today's teens know the best of the Scorpions songs.
Buy Now

My favorite Scorpions song is....

The Scorpions With A Symphony Orchestra 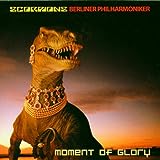 Klaus and the boys may be a few decades older, but they've still got it. And this is a rock band with class.

Shout Out For Klaus Meine! (And the Scorpions) -- Share your stories, sightings, thoughts, rants, raves...