Read on to see videos of community performances, hear the music, learn about taiko in St. Louis and around the world, find where to experience St. Louis Osuwa Taiko live, and create your own taiko or bachi, Japanese drum and drum sticks. 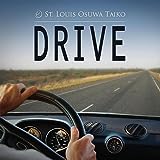 Find out the most recent news! Read or sign up for the monthly St. Louis Osuwa Taiko Newsletter.

the tradition of Japanese drumming

The literal translation of the Japanese word taiko is "big drum," although there is a variety of shapes and sizes of taiko available and used. Taiko is an indigenous part of the Japanese culture dating back more than 1400 years. Taiko referred to the Japanese art of drumming associated with religious ceremonies, festivities and various other occasions in ancient and modern Japan.

Long ago, taiko was beaten in warfare to boost the morale of the troops and to fool invading armies into believing that a formidable opposition was on the march. It was also used as a communication method among the neighboring villages as taiko's deep, thunderous sound traveled for miles. Taiko has also been associated with the gods and religions of Japan. Above all, however, the most popular use of taiko, past and present, has been at festivals.

Along with all the stories that come behind the taiko, we will share with you one of many tales that we have heard -- one that can relate to all cultures and why we think taiko is something that can relate to everyone of us as individuals. The first sounds heard by the human fetus in the womb, is the sound of the mother's heartbeat -- deep, rhythmical, warm, and comforting. Grandmaster Daihachi Oguchi once said that we play taiko to mimic the heartbeat we all have. This is probably one of the most universal reasoning.

Modern performance taiko evolved in the 1950s by the strong influence of Grandmaster Daihachi Oguchi of Suwa, Japan. After a period of transition from western jazz drumming to oriental taiko drumming, he was able to introduce the uniqueness of the Japanese Taiko to the people. His affection for jazz drumming has enabled him to incorporate certain skills into the traditional rhythm of the scripted monotonous taiko beats, thus making them more affluent of energy and life. He has contributed considerably in the formation of the modern style of ensemble taiko drumming ("kumi-daiko").

The first formal introduction of taiko to the United States was in 1968 by Master Seiichi Tanaka with the formation of the first North American taiko group - San Francisco Taiko Dojo. He and his group went on to inspire many, if not most, of the taiko groups throughout the America. Since then, taiko has not only become popular but has also become a part of the universal musical language drawing our world closer together. 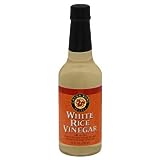 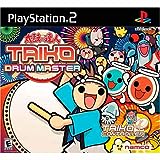 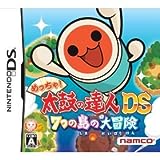 Had you heard taiko, traditional Japanese drumming, live or recorded before this lens?

History of Taiko in St. Louis

The original Osuwa Taiko was formed by Grandmaster Daihachi Oguchi in Suwa, Japan, and since then he has helped the foundation of other Osuwa Taiko branches throughout the world. In 1986, Oguchi visited St. Louis (sister city of Suwa) with a generous donation of hand made drums to the City, and helped form the first Osuwa Taiko in St. Louis.

The group consisted of local kids, however, was disbanded several years later when members went away to pursue their tertiary education elsewhere. (Among them was Kaoru Watanabe, now is a member of the renowned KODO!)

In 2006, Dashi, a portable drum stage pulled by children, was acquired and a Dashi subcommittee was formed. Dashi procession is a very popular children's activity at festivals including at the Missouri Botanical Gardens' annual Japanese Festival.

Since it's 1996 re-inception, St. Louis Osuwa Taiko has grown and been invited to perform at events and occasions all over the mid-western United States and the world. Though a community group, the group currently locates at the University of Missouri St. Louis campus, though they recently acquired their own space and plan to open St. Louis's first taiko center in 2011.

Cast your vote for Make Your Own Bachi

Have St. Louis Osuwa Taiko perform live at your next corporate or organizational event!

Share Your Thoughts - how do we know you visited if you don't say "Hello"?