Many predicted that The Supremes of the 1970s would falter and fade away following the departure of Diana Ross in 1969.

While the girl group never attained the dizzy heights of success of its 1960s counterpart, The Supremes nevertheless maintained a healthy fanbase, ensuring them of continued record sales for several more years.

Those sales saw the girls extend their list of hits to register on both the US and UK music charts, eventually leading The Supremes to become more popular in the United Kingdom, at least in chart terms.

Personally, while I love listening to the 1960s version of the group, The Supremes of the 1970s also produced some timeless classics, such as Stoned Loved, Nathan Jones and Floy Joy. Many of their songs during this time were the ones that I grew up with, long before enjoying their output from the previous decade.

So, let me take you on a journey back (or introduce you) to some of the tunes that The Supremes had us singing along to all those years ago.

This is how most people remember The Supremes: the legendary lineup featuring Diana Ross, Mary Wilson and Florence Ballard.

By the time of Ross' departure however, Florence Ballard had been fired by Motown owner, Berry Gordy, and replaced with Cindy Birdsong.

As The Supremes moved into the 1970s, the lineup would continue to fluctuate, beginning with the decision to replace Diana Ross with Jean Terrell.

Her tenure would last until the Autumn of 1973, during which time also saw the first departure of Cindy Birdsong, who was supplanted by Lynda Laurence.

Jean Terrell and The Supremes

Jean Terrell (although garnering opposition as lead singer by Berry Gordy) supplies the lead voice on most of The Supremes' hit songs of the early 1970s. In fact, she is the one constant as lead during the group's most successful post-Ross era, just occasionally sharing those duties with either or both of her co-members.

Her voice has often been compared to that of Diana Ross and, in some respects, there is a similarity between the two. However, for the most part, Ross' voice was more mellow than Terrell's. At times however, you get the full power of the latter's upper register which has sometimes led to criticism of shrillness and lack of control. I can't say that I agree with this critique, as Jean Terrell brings her own personality to each song. 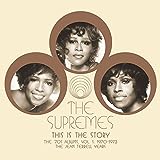 The Supremes: The Jean Terrell Years

A digitally remastered three CD box set that recalls the early 1970s output of The Supremes with Jean Terrell on lead vocals.

Like several of Motown's classic acts, The Supremes suffered in terms of promotion when Berry Gordy decided to move his operations from Detroit to Los Angeles. Gordy wanted to expand his company into other areas of the entertainment industry, particularly the movies.

This he did, at the expense of ignoring the needs of groups like The Four Tops and Gladys Knight and the Pips, who decided to move on to other record labels. The Supremes remained, but it was an uneasy alliance. Gordy's focus was on Diana Ross and her acting career, thus her former group suffered from limited promotion causing a decline in record sales. 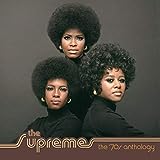 Ready to be downloaded and gathered together here are 42 of The Supremes tracks from their career during the 1970s. 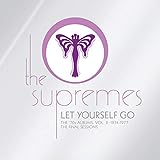 A relatively new release that covers The Supremes' final years, bringing together the group's last three albums in one book type package. Lots of great extra tracks, as well as many rare and publicly unseen photographs from The Supremes collection.

To see all that is included on this fantastic boxed set, take a look at the editorial review for

Stevie Wonder
Buy This at Allposters.com

Stevie Wonder: Can You Help?

In the United States, in particular, The Supremes last sizable hit had been Floy Joy in 1971/1972. The group's next three single releases had flopped, so something needed to be done to revive the girls' flagging fortunes.

By now, Lynda Laurence was part of The Supremes lineup. She had connections with Stevie Wonder, having formerly been a member of his backing group, Wonderlove. She asked Wonder to write a song for the group, in the hope that this would help buoy sales. He came up with Bad Weather. Unfortunately, the song went the way of The Supremes' then most recent output, and it flopped.

Following the single's dismal showing, both Jean Terrell and Lynda Laurence left the group, leaving just Mary Wilson. They were replaced by a returning Cindy Birdsong, along with Scherrie Payne, who would share lead vocals with Wilson. 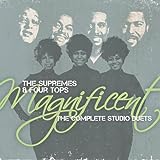 Magnificent: The Complete Studio Duets - The Supremes & The Four Tops

The two super groups recorded a series of three albums during the early 1970s, all of which are included on this fabulous new two CD collection. But that is not all you get here. Previously unreleased tracks, that would have been enough to fill a fourth album, are also now available, together with a wonderful booklet which includes some great images of this double act.

Members of both The Supremes and The Four Tops also add their own personal memories of their time recording as The Magnificent 7.

The Supremes & The Four Tops

During 1970 and 1971, The Supremes joined forces with The Four Tops for a joint recording venture, releasing a total of three albums.

Combined, the two groups became known as The Magnificent 7 (the title of their first album), and released a couple of successful singles. The first was a remake of Ike and Tina Turner's River Deep, Mountain High, followed up by You Gotta Have Love in Your Heart. These can be enjoyed in the videos below.

The Supremes: The Final Chapter

After the flop of Bad Weather, it would be two years before any new material was released by The Supremes. By this time the disco boom was beginning and their songs reflected this new dance beat.

Although none of their new discs set the music charts alight, their first single after this long hiatus did become a Number One disco hit in America: He's My Man. Of their other seven releases, only I'm Gonna Let My Heart Do the Walking showed any significant success when it peaked at #40 on the US Billboard chart, although it was another Number One on the Disco Chart.

By the Winter of 1976 Cindy Birdsong had once again left the group, to be replaced by Susaye Greene. During this period, The Supremes released their final two albums: High Energy and Mary, Scherrie & Susaye. Neither did particularly well and now the writing was on the wall.

This lineup of The Supremes lasted for sixteen months, until they decided to call it a day. In June 1977, this legendary group played its final concert in London and ended a record-breaking eighteen year career.

The Supremes Debate - What's Your View?

In my humble opinion, Dusty Springfield's hit songs have rightly been cited as among the best by any British female singer of her generation. Starting out as...

German singer, Lena Meyer-Landrut, returned to the Eurovision Song Contest in 2011 to represent her home country with the song Taken By A Stranger. Lena was...

Amy Winehouse, the British singing talent, passed away at the age of 27 on July 23, 2011 at her home in North London. Plagued by her addiction to both drugs...

Jackie Evancho, the 11-year-old YouTube and America's Got Talent sensation,   blew both the audience and the judges away with her performance on the August   10th,...