The Best Songs by Adele

Adele was born on 5 May 1988 in Tottenham, London as Adele Laurie Blue Adkins, although she seldom uses her full name and is simply known as "Adele". Adele is an English recording artist and song writer who shot to fame thanks to the internet phenomenon that is MySpace.

Adele had a tough life growing up and singing was her way of escaping it all. At the tender age of 16 years old Adele went to the BRIT school in Croydon, where she received formal music teaching. It was at the BRIT school Adele penned her first album, which was titled "Home Town Glory".

Adele graduated from the BRIT school in May 2006 and eight weeks later she had published two songs at PlatformsMagazine.com. However, Adele's fortunes changed a few weeks later when one of her friends posted a demo of Adele's singing talent on MySpace, which was spotted by a talent scout at XL Recordings and negotiations started. In 2007 Adele secured a record deal and "Home Town Glory" was released. Adele was to follow up with a further two albums, being "19" and "21", both of which have sold several million copies the world over.

Adele has gone from strength to strength and she is a household name. Adele has won numerous awards including two Grammys in 2009 (one for the Best New Artist and the other for Best Female Pop Vocal Performance) and the BRIT Awards Critics choice award amongst many others.

Adele is known for writing some extremely emotive songs that are full of meaning and the way she delivers them makes the hairs on the back of your neck stands on end. She really is an amazing talent with an awesome voice. There are several great songs by Adele and if you have never heard of Adele or want to know what the best songs are, make sure you carry on reading and check out the rest of this lens.

Overall Adele was nominated for 18 Billboard awards, which is pretty darn good for some UK singer songwriter who has recently made her way across the pond. Adele ended up winning 12 gongs, including Top Artist and Top Billboard 200 Album for her awesome album 21.

Here we have Adele's live performance at the awards. Watch this and you will see why Adele deserves everything she got.

If you don't have an MP3 player or want to have the actual CD to play in the car then make sure you check out Amazon for the best deals on Adele's "21" . 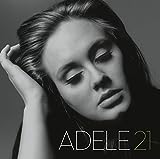 21
Featuring all her best tracks this album is simply awesome and should be in everyone's music collection.
Buy Now

The best songs by Adele - "Set Fire To The Rain"

This is another song about an ex boyfriend. Adele describes this as “burning the pain and getting rid of it and demolishing it”.

Some people say “Set Fire To The Rain” is a song about an ex who hurt Adele in a really bad way. It is very emotional and a liberating song where she is saying good bye to the ex, but not in a nice way.

Other people say that at Hammersmith Apollo Adele was fighting with her boyfriend in the rain outside a restaurant and her boyfriend said she would never light a cigarette because the lighter was wet but Adele tried and tried and eventually the lighter worked and she laughed in his face.

The reason and inspiration behind this song really doesn’t matter, especially when it is as emotive and powerful as this.

"But I set fire to the rain

Watched it pour as I touched your face

Well it burned while I cried

Cause I heard it screaming out your name, your name"

The best songs by Adele - "Set Fire To The Rain"

"Set Fire To The Rain" is another great song by Adele. The lyrics are simply awesome and the way she delivers it makes the hairs on the back of your neck stand on end, especailly the chorus. If you want to check out "Set Fire To The Rain" check out the video below and and have a listen. You can also use it as a "try before you buy" if you were thinking of downloading this awesome track by Adele.

Chasing Pavements is the second single released by Adele and was released back in 2008. It was this song that made Adele a household name and rocketed her to fame, but given it was played in episodes of Holly Oaks, Beverly Hills 90212 and One Tree Hill, to name but a few, it is easy to see why.

Some people report the song was inspired by Adele's cheating boyfriend. Adele found out about his antics and hunted him down in a bar where she punched him in the face and was subsequently kicked out. Whilst walking home Adele was chasing an empty pavement and quickly devised a song and recorded it on her cell phone, or so the story goes.

Other people believe "Chasing Pavements" is a metaphor for chasing a dream or possibility and holding on to a thought, regardless of how pointless it seemed, a bit like a wild goose chase.

Chasing Pavements is a haunting song that is packed full of feeling and emotion and whatever Adele's inspiration is behind the Chasing Pavements really doesn't matter as the important thing is what it means to the listener.

“Should I give up

Or should I just keep chasing pavements?

Even if, it leads nowhere, or would it be a waste?

Even if I knew my place should I leave it there?

Should I give up,

Or should I just keep chasing pavements?”

This is one of my favourite songs by Adele. For a live performance of Adele singing Chasing Pavements on the Jools Holland show check out the video below. This video also provides a "try before you buy" if you were thinking of downloading Chasing Pavements.

Someone like you is a song that is about moving on from a past relationship that has turned sour. The lyrics go on about the ex who has found someone else and it is now time for you to get over it and get back out there and play the field again.

The song isn’t bitter about the breakup and it doesn’t want bad things to happen to the ex and the new partner, it simply asks the ex doesn’t forget about the good times and memories that were shared.

This song is beautiful and is simply a final farewell.

I wish nothing but the best for you too

Don't forget me I beg

I remember you said

Sometime it lasts in love but sometimes it hurts instead"

"Someone Like You" is the final farewell and is yet another beautiful and emotive song by Adele. Check out the video below for a top performance of this awesome song. You can also use this as a "try before you buy" if you are thinking of dwonloading this song.

The best songs by Adele - "Rolling In The Deep"

The first single from the second Album 21. This is a song about revenge where Adele lays in to an ex boyfriend.

"See how I leave with every piece of you

Don't underestimate the things that I will do

There's a fire starting in my heart

And its bringing me out the dark"

The best songs by Adele - "Rolling In The Deep"

Rolling In The Deep is a highly emotive track that shows strength. For a great performance of this track check out the video below. You can also use it as a "try before you buy" if you were thinking about downloading this song.

It's over to you!

What is your favourite song by Adele?

We all like to sing along to our favourite song, right? How many times have you tried to learn the words by listening to a song over and over again only to find you have mis-heard and are singing toally the wrong lyrics? I know it has happended to me a couple of times.

Well, don't let this happen to you when listening to Adele. Here we have some links to my favourite songs by Adele as well as a general link that allows you to search for the lyrics for your favourite Adele songs.

If you don't have an MP3 player or want to have the actual CD to play in the car then make sure you check out Amazon for the best deals on Adele's "19" . 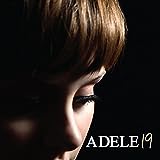 Below there is a selection of other top Adele songs you may wish to check out on Youtube.

Many Shades Of Black

If you want some "Adele" related clothing have a look on Amazon for some excellent gear. 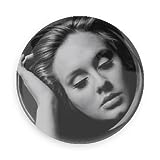 Check out the products below for even more Adele related items.

If you have any thougts, ideas, suggestions, recommendations or simply have something to get off your chest, please do so here.