While watching the Disney channel one morning there were these four guys that played songs during commercial breaks. Anthony and I would sing along to "Numbers in my bag" and "Calling all movers", their music was quite catchy.

One afternoon I decided to look up those songs and found Juice Box Heroes. Since then I have discovered who they are and what they are about. These men really amaze me with all the time and effort put into making the average lessons for children fun and entertaining.

We Actually Did Meet Them!

We took our grandson to see these guys in concert and had a blast! After the concert was over we went back to the VIP Party and talked with the guys. They are incredible! They walked around and shook hands, talked to parents and kids, played some music requests (that didn't make it into the concert). Anthony and I had been singing "7 days a week" during our count down, so he could understand how many days were left. I was excited they sang it for us. Here we are pictured with the Movers just as the night came to a close. I wrote more about our trip on my blog - Imagination Movers Concert

It's Not Just A Problem

It's An Idea Emergency!

The movers are all about helping solve problems by using their imaginations. "Its not just a problem, It's an Idea Emergency!" Bells ring.. Red light spins.. This starts what is called a brainstorm! After they are done singing about the brainstorm they use each of the movers abilities to come up with ideas to solve what ever the problem is.

Mover Rich - On the show he plays the drums, his drum sticks are special "Scribble Sticks." He can draw pictures or make lists. Off the show he is multi-instrumental he plays guitar, bass and occasionally drums in their concerts.

Mover Scott - On the show he plays the mandolin, keyboards, percussion instruments, and melodica, he also wears "Wobble Goggles," which allow him to see things from a variety of perspectives.

Mover Dave - On the show he is the "jack-of-all-trades," using his red gadget hat as a storage device for a variety of objects, many of which he uses to make his cool gizmos and contraptions. He is also responsible for creating the concept of the Warehouse Mouse puppet.

Mover Smitty - On the show he uses his trusty journal, which is used as a resource when the Movers are trying to solve a problem.

These are guys that are definitely worth looking up to, they have done something really remarkable with their lives.

In one of the worst economical times since the 1920s, and devastation dealt by Mother Nature, they started a record company and signed with Disney. .

The Imagination Movers is the bestest music people, because I love them. They always do something nice.

Which Mover is your favorite?

Who is the smartest mover?

Who is the silliest mover?

Who is the best builder?

Who is the best drummer?

Who is the best dancer?

Who is the best singer?

Warehouse mouse is a mouse. 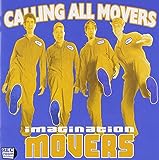 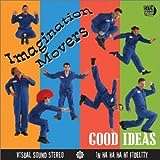 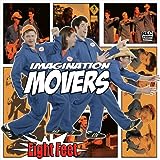 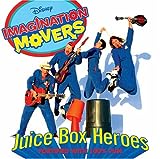 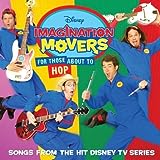 For Those About To Hop (plus 5 Bonus Tracks)
Buy Now

Kevin Carlson is the voice of warehouse mouse, who lives in the walls of the movers warehouse. His door can be seen in the gear wall of the 'Think Tank". On some occasions he has helped the movers solve problems because he is small enough to do the job! His biggest motivation is cheese!

Nina , played by Wendy Calio, is a neighbor to the Imagination Movers. She is usually found wearing red and pink outfits. During the first season she worked next door at her uncle's office, but changed jobs in the second season. Now she takes pictures for the local paper. She often helps the movers solve problems.

The Movers are launching a "street team" to help spread the word about the upcoming "In A Big Warehouse Tour." We're looking for enthusiastic Movers fans who can post about the Movers tour in like-minded mommy and kid communities (forums, chat rooms, blogs, groups); use social media to share pictures, video, news, and tour information (Facebook, Twitter, Myspace, etc); and hit the streets with coloring sheets and posters promoting the tour.

In exchange for your efforts, you'll have the opportunity to win free tickets and other Movers gear. Materials will be sent for you to distribute as well as tools to share online. Register here and the FanManager team will be in touch with you soon! 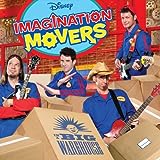 In A Big Warehouse
In a Big Warehouse is more than the title of the Imagination Movers’ new album of smartly crafted children’s pop songs. The Warehouse holds the secret to the Movers themselves. “The Warehouse has always been a metaphor for the human imagination, our ability to dream,” says Rich Collins (also known as Imagination Mover Rich), one of the four founding members of the band. “It’s a physical representation of the idea that anything is possible.”
Buy Now

It really meant the world to me when this lens was blessed by a SquidAngel! Squidoo is really a community of supportive individuals! Special thanks to Treasures-By-Brenda!!