The Life and Music of Frank Sinatra

Frank Sinatra - A Man and His Music

This lens is about a legend. It is about a man that came up from very little and became one of the most important figures of music in the 20th Century. His music spanned five decades and is still being played and enjoyed today. There is another side of Ol Blue Eyes and that was his hatred for bigotry. I hope you enjoy this lens and if you never heard a Sinatra song I hope this lens makes you aware of the great musical talent of this man.

It all began on December 12, 1915 in Hoboken, New Jersey when Francis Albert Sinatra was born to Martin and Dolly Sinatra. His father Matrin was a firefighter and Dolly used to sing at local parties and events. As a child growing up in a tough middle class Italian neighborhood, Frank learned to box in order to protect himself. He always knew he wanted to be a singer. His uncle gave him a ukulele which was his first experience with music. He was known to go outside and play the ukulele and sing in the evenings.

It all began on December 12, 1915 in Hoboken, New Jersey when Francis Albert Sinatra was born to Martin and Dolly Sinatra. His father Matrin was a firefighter and Dolly used to sing at local parties and events. As a child growing up in a tough middle class Italian neighborhood, Frank learned to box in order to protect himself. He always knew he wanted to be a singer. His uncle gave him a ukulele which was his first experience with music. He was known to go outside and play the ukulele and sing in the evenings.

The Beginning of His Career

In 1943 Frank Sinatra began his triumph with the signing of a contract with Columbia Records. Back then he was singing with the greats Tommy Dorsey and Harry James. He became an instant idol of all the young girls known as the "bobby soxers". My mom was one of them. He released his first album, "The Voice of Frank Sinatra" in 1943. At this time, he also starred in a number of movies. In 1945, he was given the lead in "Anchors Aweigh" This movie was nominated for the best picture in the 1946 Academy Awards. In 1949 he starred in "Take Me Out To The Ballgame" and "On The Town", one of my favorites. In 1951 he appeared in "Meet Danny Wilson". He was mobbed by young fans wherever he went. However, by the 1950's, it looked like his career was just about over.

Rebirth Of A Legend

In 1953, Frank Sinatra starred in "From Here To Eternity". In that movie he played a private, Maggio, in the Army before World War II began. They were stationed in Pearl Harbor before and up to the time Japan unleashed her bombs. This movie brought Sinatra and his career back to life. He won an academy award for best supporting actor. Following this movie, in 1954, he starred in "Suddenly" here he played an assassin that was going to try to kill the president. The movie roles continued with the "Man With The Golden Arm, which he was nominated for best actor. Then came "Guys and Dolls" followed by "The Joker Is Wild", a story about the life of Joe E Lewis. It did not stop there. In 1958, "Some Came Running", 59 "Hole In The Head" and "Sergeants 3".

The "Rat Pack" was a term first used by Lauren Bacall. It was a term she used when she saw her husband, Humprey Bogart and his friends when they got back from a trip from Las Vegas. The original group had titles, Frank Sinatra was the Pack Master, Judy Garland 1st Vice President, Lauren Bacall was the Den Mother, Sid Luft the cage master, Humprey Bogart public relations, Swifty Lazar Recording Secretary/Treasurer, and Nathaniel Benchley Historian. The members were Spencer Tracy, Katherine Hepburn, David Niven, Cary Grant and Rex Harrison.

In 1965, Frank Sinatra, Dean Martin, Sammy Davis Jr., Peter Lawford and Joey Bishop were known as the "Rat Pack". They appeared together in Oceans 11, Robin and the Seven Hoods and Guys and Dolls. The talent that they brought together would never been seen again in movies and theatre.

During the 1960's, Sinatra's light was burning bright. His hits soared on the record charts to a new generation of fans. Sinatra was still signed with Capital Records but Frank was not happy with the arrangement. Sinatra decided to form his own record company and there you have the birth of the Reprise label. During the 60's Sinatra recorded songs like, Presley's Love Me Tender, Beatle hits like Yesterday, Something, Paul Simon's Mrs. Robinson. He also had his own recordings that were all smashed hits such as; It Was A Very Good Year,That's Life, September of My Years and Strangers in the Night. In the late 1960's, Sinatra did a duet, Something Stupid with his daughter Nancy.

The 1960's were also good years for his acting career. He starred in over 5 movies.

On June 13, 1971 the music world and the millions of fans received the shock, Frank Sinatra announced his retirement. No one ever thought that day would come. Sinatra, at the age of 55 years old decided he would put an end to his life in show business, where he has been for 35 years. Could this be the end of O'l Blue Eyes??

Two years later, the world learned that O'l Blue Eyes was back. He returned to the stage and with that return came a hosts of new songs and shows. His comeback song was, "Let Me Try Again" and the fans loved it. He became an instant success back in Las Vegas. He travels the world with his golden voice and was the most sort after entertainer during this time. He appeared in Madison Square Garden to sold out performances. He also had his smash hit, "New York New York". Sinatra also recorded duets with many of the singers of the 70's and 80's.

In 1976, Frank did what he did best, He reunited two friends that had been distanced from each other, Dean Martin and Jerry Lewis. They have not talked in years and at the 1976 MDA telethon, in front of the whole world, Sinatra brought Dean Martin on the stage.

In the early 1950's Frank Sinatra was incensed at the bigotry that existed. He spoke at rallies before it was politically correct and raised money for many causes to end bigotry. In 1945, he starred in a movie, "The House I Live In" about racial and religious tolerance. At that time, this movie could have killed his career but he made it anyway.

In the 1960's, the Rat Pack was preforming in Las Vegas. The hotel they were booked in had to sections one for whites and one for blacks. When Sammy Davis Jr. registered they told him he had to go to the other side. Sinatra made it very clear that if Davis could not get a room on his side then we would have to go to a different hotel. The hotel manager relented.

Sinatra actively campaigned for many democratic candidates for president starting with Franklin Delano Roosevelt; He then supported Harry Truman and Adlai Stevenson. He also raised money for the Democratic Party and their candidates for various officers.

During the election of President John F. Kennedy, Sinatra work to elect Kennedy. He and Davis, Lawford and Martin gave their time and their talents to get him elected. Sinatra had a very close relationship with Kennedy. After the election was over, Sinatra and Lawford organized the inaugural ball. Sinatra always felt that of all the presidents he knew none were closer to him than Kennedy. However, that would soon change when Sinatra felt that Kennedy disrespected him on a trip to Florida. Following the death of Kennedy, Sinatra would support Hubert Humphrey for president.

1947 It happened In Brooklyn

The Miracle of the Bells

Not As A Stranger

Around The Worls In Eighty Days

Meet Me In Las Vegas

The Joker Is Wild

The Pride and The Passion

Hole In The Head

The Road To Hong Kong

1964 Robin and the Seven Hoods

None But The Brave

Assault On A Queen

All or Nothing at All

The Best is Yet To Come

Birth of the Blues

Come Fly With Me

Fly Me To The Moon

The House I Live In

I Get A Kick Out Of You

I'm Gonna Sit Right Down And Write Myself A Letter

In The Wee Small Hours Of The Morning

It Was A Very Good Year

It Was Just One Of Those Things

I've Got A Crush On You

I've Got You Under My Skin

I've Got The World On A String

The Lady Is A Tramp

Love Is A Many Splendored Thing

Love Is The Tender Trap

Loves Been Good To Me

My Kind Of Town (Chicago Is)

Nancy (With The Laughing Face)

Put Your Dreams Away (For Another Day)

Send In The Clowns

September Of My Years

Softly As I Leave You

Somewhere Along The Way

Somewhere In Your Heart

Strangers In The Night

Swinging On A Star

Taking A Chance On Love

Wrap Your Troubles In Dreams

You Make Me Feel So Young

You Will Be My Music

The Light Goes Out

The End Of An Era

The last public appearance of Frank Sinatra was in December 1994 when we appeared in Japan. After that appearance Frank Sinatra was no longer seen on stage. However, the last time he sang for an audience was on February 25, 1995. It was private party. 1995 was also Sinatra's 80th birthday. Awards and recognitions were many, including the lighting of the Empire State Building in blue to honor Sinatra.

We probably would never see the talent and the generosity of Frank, May he rest in Peace.

Great Movies and Music of Sinatra 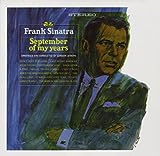 September Of My Years
Buy Now 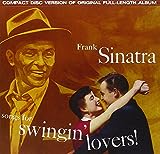 Let Me Hear Your Feelings On Frank And This Page