The Music of Gaurangi, aka Pia

There are a lot of musicians out there whose voices are called "otherworldly" or "transcendental", and whose voices seem to tinkle and soar to unearthly heights, bringing us with them. One such musician whose voice is heavenly and reaches deep into your soul, is Gaurangi, also known as Pia.

I first heard music from Gaurangi when I was a teenager, years back when my mother bought a CD of hers. I think it was the album "Benediction Moon". From the very start, I liked Gaurangi, because her music style and voice reminded me of another favorite musician of mine, Enya. Unlike Enya though, Gaurangi's voice ranges from both low, soft crooning, to high, joyful notes. Her music bounces and dives, it swims like a stream and it digs deep into you. It is very powerful, and I would definitely call it transcendental. The instruments she uses, which range from flutes to Indian tabla and mridanga drums, combined with her powerful and stirring voice, make for quite the otherworldly combination.

I want to share the wonderful music of Gaurangi with you!

Sit back and relax. Let the music flow over you.

"Shyam" from the album Magical Eclipse

"Chasing the Sun" from the album Magical Eclipse

"The Way I Found Her" from the album Magical Eclipse

"Lord of the Universe" from the album Pacifica

"Smile At Me" from the album Pacifica

"Pacifica" from the album Pacifica

"Once in a while a voice of such quality and beauty rises up that it transcends all musical styles and cultures. Pia has such a voice. Her gentle, echoing vocals and the enigmatic arrangements create a warm, heavenly sound."

Pia Gaurangi's official website has a good biography for her:

"Pia, aka "Gaurangi" has been singing for New Age labels since 1986. Originally from London, England, she has recently relocated to the North Carolina in the United States.

Pia began contemporary western voice training in 1988, and subsequently studied with the prominent Indian classical vocalist, Haridas Ganguli. From 1993 to 1997 Pia toured Europe, America and India with the Jagannatha Band. Performing live to large audiences, she was readily appreciated for her ability to touch each and every person in the crowd with her incredible voice and delivery of traditional Indian devotional songs.

In 1998 she released her debut solo album Benediction Moon, recording under the name Pia, with New World Music. Benediction Moon has sold over 40,000 copies and was voted the best album of the year by New World customers .

Her second album, Magical Eclipse, was released in the summer of 1999 and has received frequent airplay from regional radio stations.

Pia has worked with: Dream Academy, Hazel O' Connor, Boy George, MC Kinky and The Young Offenders. Her third album, Pacifica, broke all sales records in the first month of its release.

Pia now lives surrounded by beautiful, old trees in North Carolina, with her husband and their children."

"Making this album was an enormous turning point in my life. I love it." Gaurangi, on her debut album Benediction Moon

I would like to add that Pia Gaurangi was brought up in the Hare Krishna tradition, (the name Gaurangi comes from India and means, 'She with a golden complexion.' It is another name for the goddess Radharani). Some of her songs are inspired by the ancient traditions and songs of this faith. You can hear Sanskrit verses and very old Indian songs in some of her work, as well as Indian instrumental influences. Gaurangi's ability to fusion Eastern tradition with Western, musically and vocally, is one reason her music continues to fascinate me. I can listen to her albums over and over, in the same day, the same album again and again, without tiring.

"Best of Gaurangi" aka "Radhe Syam"

What do you think of her music? (so far) 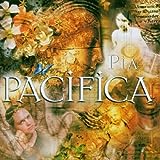 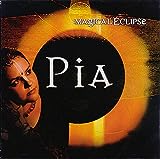 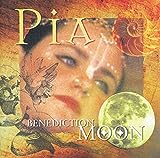 "I completely adore pia's music. her voice is a constant inspiration to me and her beautiful lyrics are enchanting and uplifting."

"Prayer" from the album Benediction Moon

I just recently saw her live!!

I just wanted to add that I just recently got to see Gaurangi perform live in Los Angeles. She is mostly a family woman now, but she came to a special festival event at a Hare Krishna temple in the Culver City part of Los Angeles. She looks a lot different now, but her voice is that same pure, clear, otherworldly voice. It was absolutely amazing to these songs actually being sung by a real, live, flesh and bones person! I only wish my phone hadn't run out of batteries; then I could have video-recorded it. Sorry! Anyway, it was great.

There are a lot of reviews of Gaurangi aka Pia's music; all you have to do is look around. She has been compared to Enya, Clannad, and others. Here are some of the things people have to say about her work:

"Her angel-like voice is beautiful."

"I have recently begun to use this music in my yoga clasess and meditation groups. My clients and students are enthralled with its haunting yet liquid beauty."

"Pia has an AMAZING, HYPNOTIC, NEARLY ANGELIC VOICE. I saw her in concert in England 3 times, and I wept with the sheer purity & BEAUTY IN her voice. Live, she touches the heart and soul so deeply, words cannot express. She is PHENOMENAL!"

"What is this? Where, from what worlds this divine music, this heavenly voice and this splendor come from? All this is music by Pia. It is very beautiful. It has a rare quality of being really religious and the deepest sincerity. Maybe that is because all the heart of the performer is put into the music. And you are just charmed by this spirit, by this purity. And you are just floating on the waves, being lead by this amazing woman."

And now, YOUR review! - What do you think of her music?