If you are gripped by Tom Hardy's TV series, "Taboo" you might be wondering just how true the historical setting really is. This page explores some of the most common questions that people ask, including:

What is at stake? Nothing really. It will not change your opinion of "Taboo", but the period is so fascinating it is hard to resist digging into the history. 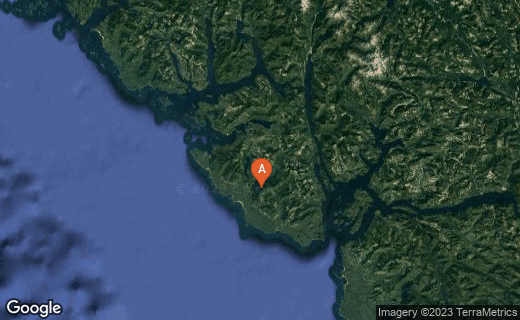 It certainly did. And still does, just off the coast of Vancouver Island.

It was the site of many conflicts during colonial times, including a struggle between Spain and Britain for control of trade in the Pacific.

The Spanish had monopolized trade with China for two centuries and Britain bullied them out of it, making a lot of merchants in London, very, very rich.

The 'Nootka Sound Crisis' was probably the inspiration for the territorial struggle at the heart of 'Taboo', given that Nootka played no significant role in the drawing of the US-Canadian border.

Who Were the Nootka 'Indians'?

The only thing the Nootka really needed from Europe, it seemed, was gunpowder, That allowed them to kill the neighboring tribes more effectively.

In 'Taboo', James Delaney is keen to help.

It was certainly wealthy and that wealth meant it was also very powerful:

The East India Company was pretty evil too:

During the Pillaging of Bengal by Clive of India...

“Indians were tortured to disclose their treasure; cities, towns and villages ransacked; jaghires and provinces purloined: these were the ‘delights’ and ‘religions’ of the directors and their servants.”

Was the Prince Regent Really so Fat, Ugly and Cunning?

The Prince Regent certainly had an eventful life. He ruled during the madness of his father, George III. Highlights included:

He was a gambler, womanizer, heavy drinker and user of laudanum (opium dissolved in alcohol). Early portraits showed him as a handsome man but he became grossly obese (he was described as 'mountainous') and suffered occasional bouts of madness like his father.

He withdrew from public life in his later years after many scandals and huge, public derision.

There is no evidence that he was very clever, although his wife said that he would make 'a great hairdresser' and he did design some unusual buildings in Brighton.

‘He consumed two pigeons and three beefsteaks, three parts of a bottle of Mozelle, a glass of dry Champagne, two glasses of Port and a glass of Brandy’

— a scandalized witness to the Prince Regent's breakfast

Were there American Spies in England?

There were all kinds of spies during the Napoleonic Wars. Code breakers cracked French communications and helped Wellington to win battles. French spies helped to stir up rebellion in Ireland.

In "Taboo", James Delaney mentions the 'American Correspondents' as a spy ring many times. The American spy that we see most often is the physician, Dumbarton, played by Michael Kelly.

A likely historical model for Dumbarton was Dr. Arthur Lee who served as an American diplomat during the American Revolutionary War. He was highly educated man studying medicine in Edinburgh and law in London.

He was also a self-confessed spy who prospered after the war.

Can You Make Gunpowder from Urine and Pigeon Droppings?

The most important part of gunpowder is a solid nitrate, like saltpeter.

By the period when Taboo is set, large amounts of saltpeter were being mined in Bihar and Bengal and these were under the control of the British East India Company. The company had 70 percent of the world's trade.

The old-fashioned way of making saltpeter was to ferment animal waste rich in nitrogen.

So, yes bird droppings and urine was a good option if the world's top supplier was your enemy.

You need a good supply of thoroughly rotted manure of the richest kind which is then mixed with ash, leaves and straw in a pit. The heap is watered every week with the richest kinds of liquid manure, such as urine, dung-water, water of privies, cess-pools, drains

— Instructions for the Manufacture of Saltpetre, Joseph LeConte

Did All Regency Men Fancy their Sisters?

Probably not, but one very famous example did. Poet, traveler, athlete, political activist and scourge of good morals, Lord Byron certainly 'liked' his sister more than is considered natural and hardly bothered to hide it.

This, and other scandals, forced him into exile.

At the time, Byron was described as 'mad, bad and and dangerous to know'. These days we would call him an anti hero -- rebellious, arrogant, anti-social, often on the run, and romantically attractive to women for all the wrong reasons.

Are the Costumes Accurate?

If you eliminate the taste for bright colors (favored by men and women) the costumes are pretty accurate.

The character in the brown coat captured by artist George Cruikshank (above) could have stepped out of the tradesman's door of any fine house featured in "Taboo".

Was it possible to read an assassin's mind (as seen in episode 5) by rifling through his intestines?

No. Tom Hardy made that up.

Were Diamonds Easy to Find in Africa?

Tom Hardy comes back from Africa with a sackful of uncut diamonds. Were they just lying around, ignored by the continents inhabitants? Or was James a bad boy who liked loot?

The truth may be revealed as the series progresses, but lust for diamonds was a powerful force driving the conquest of Africa. The Congo, Botswana and Namibia are all rich sources of the gem.

The Boer War, fought in South Africa, was all about the British wanting to grab diamonds and gold from land the the Boers (Dutch settlers) held to be sacred.

Blood diamonds fund many African wars even now. Given that a single diamond may be worth 50 million dollars, you can see why.

Were there Educated Black People in London in the 18th Century?

For the most part, black men and woman in England were slaves up until the Slave Trade Act of 1807, or servants.

One exception was Olaudah Equiano. He was a former slave, mariner and explorer who settled in London and rose to a position in society. In the 1780's, he became involved in the movement to end slavery. He is a likely model for the character of the justice-seeking, George Chichester, played by Lucian Msamati in "Taboo".

There are other notable examples of eminent black Londoners, like Job ben Solomon, a Muslim who was enslaved in America before being freed and travelling to England where he became a writer of note.

Were Wild Laughing Gas Parties Common during the Regency?

Laughing gas was discovered in 1772, but it was not until its intoxicating properties were noticed by Humphrey Davy that it became popular.

Davy was the Thomas Edison of his day, a great self-promoter and inventor (he even invented an electric light bulb) and he supplied society gatherings with the new passtime

The character of Dr George Cholmondeley, chemist and scientist, played by Tom Hollander is probably based on Davy.

And yes, wild, laughing gas parties caused plenty of scandals in the period.

O, Tom! Such a gas has Davy discovered, the gasoeus oxyd! O, Tom! I have had some; it made me laugh and tingle in every toe and finger-tip. O, excellent air-bag!

So How Accurate, Overall, is Tom Hardy's "Taboo"?

The Struggle for Power and Wealth

James Delaney, may be driven by a desire for revenge but he needs a lot of cash to pursue a personal vendetta against London's elite merchants. A strategically important trading post looks like just the leverage a man would need. A monopoly on a major commodity like tea would make him a formidable political player.

Overall, Taboo, takes a lot of real historical elements and mixes them up to entertaining effect. Enjoy, but avoid taking it too literally.

The struggle to control trade has been at the heart of world politics for centuries but rarely makes it to the screen as part of popular drama.

The British East India Company was something new in history, a privately capitalised, non-state venture of immense power. It can be seen as the first modern corporation. And the awesome power of present day corporations is exercising more and more minds.

So in a sense, "Taboo" is examining some real world issues in a way that deserves respect.

If you have never seen the show, below is the official trailer.

Has this page changed your opinion of "Taboo"?