Top 10 Heavy Metal Christmas Songs - get ready for a moshing Metal Xmas with my personal choice of the best Heavy Metal and Hard Rock songs on a Christmas theme!

Headbangingly hard and heavy Christmas tunes to rock the holidays - including Heavy Metal versions of Christmas Carols and Metal and Rock covers of well known Christmas songs and other Christmas music!

Watch and listen to this awesome collection of great Heavy Metal songs for Xmas - and share your own choices!

OK, I know this is supposed to be the Top 10 Heavy Metal Christmas songs and it's now a Top 12...so sue me! - anyway, this one is so awesome, you won't care that I can't count...in joint 10th place is a shreddingly heavy and very "original" interpretation of "Sleigh Ride" by Christmas loving Metalcore band, August Burns Red, which is included on their 2012 album, "August Burns Red Presents: Sleddin' Hill, A Holiday Album".

Sleddin' Hill is a collection of ABR's previously released Christmas songs (some remastered and some re-recorded) with some new festive material and it's AMAZING! All the tracks bar one are instrumental and they all ROCK big time!

Listen and enjoy...this album is gonna be a classic!! 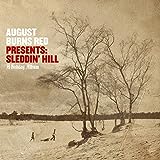 Gary Hoey - Carol Of The Bells from the album "Ho! Ho! Hoey: The Complete Collection".

Rock guitarist Gary Hoey is well known for his "Ho Ho Hoey" series of Christmas CDs and his interpretation of "Carol Of The Bells" blows the better known and much acclaimed version by the Trans-Siberian Orchestra out of the water in my opinion! 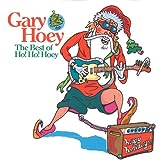 Carol Of The Bells
Buy Now

#9: "Santa Claws Is Coming To Town" by Alice Cooper

Alice Cooper, John 5, Billy Sheehan & Vinny Appice - Santa Claws Is Coming To Town from the album "We Wish You A Metal Xmas And A Headbanging New Year".

"We Wish You A Metal Xmas And A Headbanging New Year" is a compilation album of Christmas songs played by an all-star collection of hard rock and metal artists. Each track puts together a unique supergroup playing a traditional Christmas selection...it's an awesome album and several songs from it have found their way onto this Top 10 of my favourite Heavy Metal Christmas songs! 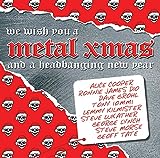 He has produced several Christmas parody albums including "Twisted Christmas" (not to be confused with the more recent album of the same name by Twisted Sister!)

"I Am Santa Claus" is closely based on the Heavy Metal classic, "Iron Man" by Black Sabbath! 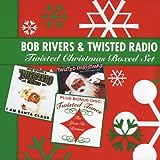 I Am Santa Claus
Buy Now

# 7: "No Presents For Christmas" by King Diamond

No Presents For Christmas is a bonus track from the reissued version of the album "Fatal Portrait" by King Diamond.

I've been a fan of Danish Metal God, King Diamond since his original days with Mercyful Fate in the 1980s. "No Presents For Christmas" was King Diamond's first release after he split from Mercyful Fate in 1985. Originally released as a single, it was included on the reissue of his classic album "Fatal Portrait" and remains a popular show-closer at his concerts!

This unusual version of the Christmas classic Jingle Bells is from the album "A Very Brutal Christmas" by the band Austrian Death Machine.

Austrian Death Machine is an American thrash metal side project founded by As I Lay Dying vocalist Tim Lambesis and intended as a parody and tribute to Arnold Schwarzenegger and his films.

Yeah, it's silly...but what do you expect? It's a Heavy Metal version of "Jingle Bells", so come on, it's the season of goodwill, have a few drinks, get in the festive spirit and just enjoy it for what it is! 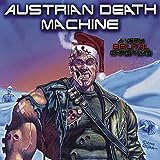 Run Rudolph Run (Run, Run Rudolph) is another amazing song recorded for the album "We Wish You A Metal Xmas And A Headbanging New Year".

Iconic gravel voiced vocalist and Rickenbacker bass maestro Lemmy from Motorhead, joins Billy Gibbons from ZZ Top and Dave Grohl from Nirvana/Foo Fighters to growl his way through a rocked-up version of Run Rudolph Run in his own inimitable style!

This is an awesome Heavy Metal version of the much loved Christmas carol and Dee Snider for once gets a chance to show the fact that he can sing really well!

Unlike all the other songs here, this one actually has an official video in which Twisted Sister once again explore the theme of showing a hapless Metal-hater how to rock out and have a good time in the process! 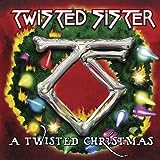 This version of God Rest Ye Merry Gentlemen is another song from the album "We Wish You A Metal Xmas And A Headbanging New Year".

Dez Fafara, Doug Aldrich, Blasko, John Tempesta recorded their unique take on one of the best loved Christmas songs, Rudolph The Red Nosed Reindeer, for the album "We Wish You A Metal Xmas And A Headbanging New Year".

I LOVE THIS SONG!

There's a tie for the number 1 Heavy Metal Christmas song...a lighhearted fun one and a heavy one!

Another "Heavy Metal Supergroup" brought together for the above album and what a combination!

As someone who is old enough to have been around to not only remember, but witness 1980s Bay Area Thrash Metal, this is literally all my Metal Christmasses rolled into one! - Chuck Billy (vocalist -Testament), Scott Ian (guitar - Anthrax), Jon Donais (guitar - Shadows Fall), Chris Wyse (bass- Ozzy Osbourne/The Cult), John Tempesta (drums - Exodus/Testament/Rob Zombie/The Cult).

As a Metal Christmas number it's got everything - awesome guitar, frenetic thrash drumming and the Godlike Chuck Billy on vocals...and more than that, they're doing "Silent Night" - one of the gentlest and calmest traditional Christmas songs ever...and it works - at least it does for me!

Comments - If you have a favourite Heavy Metal Christmas song that's not listed here, why not share it with the world!