U.F.O. was a British TV series, produced by Gerry and Sylvia Anderson. It was filmed in 1969-70 and primarily aired in the UK in 1970-71. Twenty-six episodes were produced. The show documented the adventures of SHADO, the organization founded to defend the Earth against an ongoing alien invasion.

Interestingly, SHADO was a joint US-UK defense organization, headed up by a US officer but based in England. And the secret military base was located underground beneath a film studio, with the head of UFO defense keeping up the masquerade of being a film producer and the head of the studio.

The show can sometimes be found on specialty science fiction cable channels and the entire run is available on DVD.

This is how I have the UFO series and it's been a delight for repeated viewings! Focus on favorite storylines, watch whichever broadcast order is your favorite or just take a look at the best episodes.

When I grow up I'm going to be a tracker on Moonbase.....

I can't recall actually saying that as a little girl, but that's sort of a surprise in itself. The only science fiction show I can remember more clearly than this one from my childhood is Star Trek. I would have been just about 5 years old when UFO ran for the first time in the US, and I don't really think that's when I came across it.

I do have vivid flashes of recollections from junior high though. I'm guessing it got rerun somewhere in there. After all, this was pre-home VCR days. Early gull-wing cars, women with purple wigs and silver mesh bodysuits, aliens sealed in suits full of green liquid to breathe, mind control, submarines that launched space fighters and a cool musical theme. Really, I think I was just mesmerized by the women in the purple wigs like everyone else. But the idea of aliens coming to Earth to harvest organs was just the right combo of fascinating and creepy for my young mind. And, I'll confess, I had one of those childhood crushes on the character of Paul Foster. Don't know why, but there's a little personal share for ya....

I had cable tv in my little studio apartment in graduate school, and I watched the whole thing run again on the SciFi cable channel. Even though my taste in visual effects had matured considerably, I still really enjoyed it. I got the psychological angles a lot more with those viewings.

This is the only guide written specifically about this tv series.

The show was set in the 1980s, and is about S.H.A.D.O (Supreme Headquarters Alien Defense Organization), which protects Earth against alien invasion. The Earth defenses were threefold. There was the Moonbase with a detection satellite, a mobile air/sea unit called Skydiver (a sub that a launched an air fighter) and the main control base, SHADO HQ, located 80 ft underground below a film studio in England.

Here's a who's who, organized by where each character was primarily based.

SHADO had a policy of having personnel cross-trained and you saw characters work all of the different posts across the course of the series. This also covered for the fact that in real-life, the episodes were shot in a very different order from the broadcast order. Some actors appeared in just a few episodes, but spread out in broadcast order, their characters appeared across the entire two year show span. 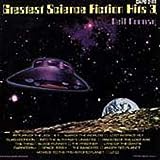 This collection of themes from science fiction shows and movies includes a delicious and faithful rendition of the UFO theme song.

If you haven't yet seen the show, you might be surprised to learn the word "UFO" in the TV series is pronounced "you-foe." It also features a lot of Nehru jackets, Caesar haircuts and gull-wing cars. Produced and shown in 1970, the show was set in what was then the near future of 1980. Check out all the fantastic futuristic-ness for yourself!

The first line of defense against the aliens is the Moonbase and the orbiting satellite SID (Space Intruder Detector), designed by Colonel Virginia Lake. There are a handful of Interceptor fighters pilots (all men) based on the Moon, along with the station commander and space trackers (all women), plus a few security personnel and medics. In what was a very forward move for the time, the commanding officer at the Moonbase was female.

The pilots on Moonbase got to wear jumpsuits all the time, silver and shiny when doing station duty or off-duty, and bright blue quilty ones when they were doing Interceptor duty. They got to their ships by jumping down these tubes/chutes, an element carried over from Thunderbirds, another Anderson production. There were only ever three Moonbase Interceptors. They weren't always that accurate, so UFOs pretty regularly got past the space defense. All telemetry and weapons calculations were done at Moonbase and radioed to the Interceptors.

The women of Moonbase had silver sparkle catsuits with silver leather body harnesses, hot pink sparkle false eyelashes and bright purple wigs. These were their regulation uniforms and if they went down to Earth to SHADO Control, they'd wear their own hair and uniforms like those normally worn by Earth-based technicians.

The Interceptors launched from the moonbase whenever SID detected incoming UFOs. Each ship has a single large rocket-type missile mounted right on the nose of the ship, so it was either you stopped the incoming alien ship or you didn't. Some people have argued the design wasn't very good, others have said if the Interceptors had been great, no one on Earth would have ever had to do anything.

Once a UFO penetrated the Earth's atmosphere, the Interceptors wouldn't work anymore and tracking and interception fell to Skydiver (sub), Sky One (water-launched jet) and the Mobiles (ground teams).

The SHADO HQ was in the UK, hidden underground 80 feet beneath a film studio and the Moonbase and attendant satellite was the Earth's outer defense. Roaming the rest of the Earth's surface was Skydiver One, a submarine that also could launch a sea-to-air attack fighter (SkyOne). They were responsible for all ocean patrols and a good number of air interception attempts.

The uniforms of Skydiver were cream and brown, with skin tight trousers and tops made of mesh. The submarine crew was co-ed. The men's shirts had mesh torsos that were open to their bare chests. The women's tops had flesh-colored underpinnings that taunted the viewer with the "is she, or isn't she?" question.

The character of Lt. Gay Ellis, as played by actress Gabrielle Drake, has been almost a fetish icon when it comes to the image of the sexy space commander. Clad in a skintight silver mesh bodysuit, silver body harness, knee-high boots and purple bobbed wig. Fandom really couldn't ask for more than that.

Famously, Lt. Ellis and another Moonbase tracker change in a co-ed locker room on the Moonbase. You get a bikini-clad woman talking with an Interceptor pilot through a piece of one-way glass. He sees a mirror and she sees the man to whom she is talking. You also get to see the changeover from catsuit to mini-skirt option on the Moonbase uniform.

For those of you into extreme trivia, the bikini-clad Moonbase operative "Joanna" is played by the future Mrs. Michael Caine.

See The Interceptors and Sky One In Action 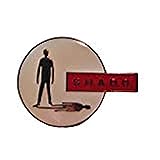