Pink Floyd Fans! Sound Off and Share Your Opinions Here.

Pink Floyd is undeniably one of the greatest rock music bands of all time. From "Dark Side of the Moon" to "The Wall" Pink Floyd's music, lyrics and imagery has left its mark upon the music landscape and continues to captivate new listeners and fans everyday. Roger Waters, David Gilmour, Syd Barrett, Nick Mason and Rick Wright - these names are legendary to fans of The Floyd for all they accomplished in their musical careers.

1. How Big of a Pink Floyd Fan Are You? - Are You a Hardcore Floydian, Or Just a Casual Fan?

How much of a Pink Floyd fan do you consider yourself?

From the wild psychedelic sounds of their first songs to the concept album majesty of their later works, Pink Floyd has explored many different forms and structures of rock music. Which album do you consider their absolute finest of all?

2. Which is the Best Pink Floyd Studio Album? - Which Album Represents The Floyd at Their Finest?

Which is the Best Pink Floyd Studio Album?

These 2011 remastered discs are great for any fan beginning to get serious about their love for Pink Floyd's music. Each includes a bonus disc of material beyond the album itself and an expanded booklet including all lyrics and designed by the great Storm Thorgerson.

The Dark Side Of The Moon - Experience Version
The classic Floyd album which for many was their introduction to the band's music. Now you can enjoy it like never before with this "Experience" edition, digitally remastered and now including the complete version of Dark Side Of The Moon performed live at Wembley in 1974.
Buy Now 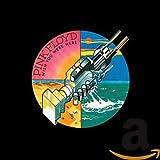 Wish You Were Here - Experience Version
Like the "Experience" version of DSotM, this one features the original album newly remastered plus a CD of live and rare studio outtakes.
Buy Now

Whether "Dark Side of the Moon" is your favorite Pink Floyd album or not, it is their most popular recording of all time. From its release, "Dark Side" remained in the music charts for 741 consecutive

Of course, just because you're a Pink Floyd fan doesn't mean you absolutely must love ALL of their work. There's likely at least one album that sits on your shelf and never gets much or any play. Which album do you consider a dud or low point in Pink Floyd's discography?

4. Which is the Worst Pink Floyd Studio Album? - You've Got a Favorite. Now What's Your LEAST Favorite?

Which is the Worst Pink Floyd Studio Album? 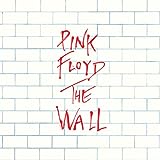 The Wall- Experience Version
Enjoy The Wall digitally remastered along with an additional cd of The Wall demo and early studio recordings. It's a fascinating look into the making of one of the most popular rock albums of all time.
Buy Now

Pink Floyd were always known for their spectacular live shows, featuring state-of-the-art light shows, incredible sound quality and terrific jamming and improvisation. Several live albums have attempted to capture their on-stage performances - which do you think did the best job of it?

5. Which is the Best Pink Floyd Live Album? - Capturing the experience of their music in concert

Which is the Best Pink Floyd Live Album?

Pink Floyd's album art has contributed greatly to the band's image and mystique. Complementing the music perfectly, these covers are some of rock music's greatest. Which one do you think was the best?

6. Best Pink Floyd Album Cover - The bizarre, the surreal and the always memorable.

Which is the Best Pink Floyd Album Cover?

7. Best Pink Floyd Video Album - Which of Their Home VHS/DVD Releases Do You Like the Most?

Which is the best Pink Floyd video album release?

Surely you have one absolute favorite song of all time. Is it "Comfortably Numb" with David's soaring guitar solo? Or the classic, beautiful "Wish You Were Here"? Make your selection now!

8. What is the Single Best Pink Floyd Song - Ever?

What is the Single Best Pink Floyd Song - Ever?

9. Which Pink Floyd Song Are You Sick To Death of Hearing? - Overplayed, Much?

Even if you love Pink Floyd, there's probably at least one of their songs you never want to hear ever, ever again. Their popularity on classic rock radio stations means that some songs are close to be

10. Have You Seen Pink Floyd Live in Concert? - If So, How Many Times?

Just how hardcore of a Pink Floyd fan are you? Let us know if you've seen the band, or its individual band members, in concert (and repeatedly as the case may be.)

Crashing airplanes, flying pigs, giant puppets and balloons... Pink Floyd's live shows have always been a showcase for phenomenal props and sights. Which do you think is the most memorable?

For some, Pink Floyd stopped being Pink Floyd when Syd Barrett was asked to leave the group. To others, Pink Floyd didn't truly begin to take off until "Dark Side" and their other legendary albums of the 70s. Which era of Pink Floyd is truly your favorite?

12. Which is Your Favorite Era of Pink Floyd Music?

Which is Your Favorite Era of Pink Floyd Music?

13. What is the Best Syd Barrett-Written Pink Floyd Song?

From the band's early repertoire, which Syd Barrett song is your favorite? His psychedelic, unique world view has inspired fans to this day, many of whom considered him the heart and soul of Pink Floy

Nick Mason doesn't always get the respect he deserves as a drummer, yet it is undeniable that he was the perfect drummer for Pink Floyd. His style could shift and adapt to the many different sounds of 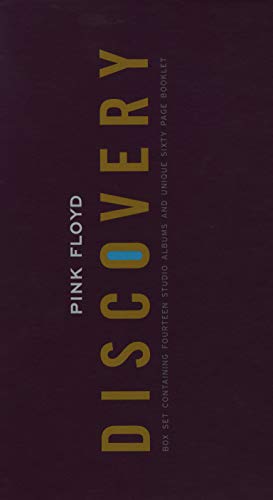 Discovery
For someone just getting into Pink Floyd, or maybe looking to upgrade their collection of the main albums, the Discovery set is the way to go. Beautifully packaged it contains remastered albums, extras, plus new digipacks. Get the following titles in this Floyd collection: The Piper At The Gates Of Dawn, A Saucerful Of Secrets, More, Ummagumma, Atom Heart Mother, Meddle, Obscured By Clouds, The Dark Side Of The Moon, Wish You Were Here, Animals, The Wall, The Final Cut, A Momentary Lapse Of Reason, and The Division Bell.
Buy Now

David Gilmour's guitar work made so many of Pink Floyd's songs memorable, and has inspired generations of fans to pick up a guitar for themselves. In particular, his guitar solos are some of rock musi

Richard Wright's tasteful, elegant keyboard and piano added tremendously to the sound of Pink Floyd's music. Which song do you think is most notable for Richard's contribution to Pink Floyd's sound?

We always have our favorites, sometimes for reasons that are difficult to explain. Perhaps you're a guitar guru and always are drawn to the band member responsible for killer licks and riffs. Maybe you're a "sensitive soul" that goes for the lyrics and the best song writer in a band. Or you just like one band member's personality and world view the best. So who is your favorite member of Pink Floyd, for whatever reason? Cast your vote now!

17. Who is Your Favorite Member of Pink Floyd? - Dave, Roger, Rick, Nick or Syd?

Who Is Your Favorite Member of Pink Floyd?

Pink Floyd did not rely on just one voice to deliver their lyrics. From Roger Waters' emotional delivery to the cool, soothing sound of David Gilmour's singing, each member of the band had something u

Each member of Pink Floyd went on to record at least some solo albums. Who do you feel has had the best solo career outside of the band?

Of the members of Pink Floyd, Roger Waters has recorded the most solo albums. Which of his works on his own do you think is the best one?

Which is the Best David Gilmour Solo Album?

22. Roger vs. Dave: Which One's Pink? - Who Deserves to Carry On the Pink Floyd Name Today?

If there's one debate that ignites Pink Floyd fans to this day, it's the Roger vs. Dave wars. When Roger decided to leave Pink Floyd after "The Final Cut", he thought the band was over. Not so. David decided to continue on with the Pink Floyd name along with Nick Mason and later also with Richard Wright. Lawsuits and legal battles followed as Roger fought to keep David from touring and recording under the Pink Floyd name. Do you think Pink Floyd is still Pink Floyd without Roger Waters? Sound off on where you stand on this oft-debated issue.

It's a debate that rages on and on among classic rock fans - which great band is truly the greatest? Floyd or Zeppelin?

It all comes down to this final question: Is Pink Floyd the greatest band in rock music of all time? Some fans would say absolutely yes. Others would disagree. What is your opinion?

24. Is Pink Floyd The Greatest Rock Band of All Time?

Is Pink Floyd the Greatest Rock and Roll Band of All Time?

Saucerful of Secrets: The Pink Floyd Odyssey
This highly-rated book is considered a "must read" for those interested in learning more about the history of Pink Floyd. It is considered the first in depth biography of the band members published and delves deep into their beginnings, especially with Syd Barrett as the focus of a large portion of this volume.
Buy Now

25. What is the Single Most Important Aspect of Pink Floyd's Music? - What Makes Pink Floyd So Special - To You?

Is there a single defining element to Pink Floyd that makes them one of the greatest, if not the greatest, rock band of all time?

What is the Single Most Important Aspect of Pink Floyd's Music?

You love the music of Pink Floyd and now you want to learn more about the band behind it. These great books explore the band's history from the recording studio to stadiums worldwide. 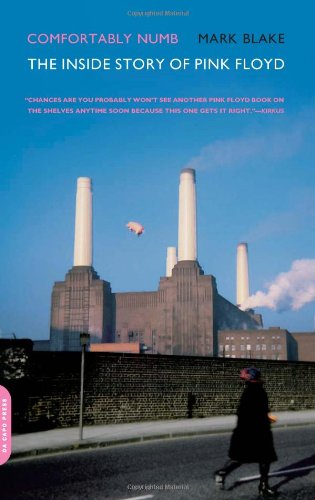 Comfortably Numb: The Inside Story of Pink Floyd
This book relies heavily on interviews the author conducted with Pink Floyd band members themselves, as well as road crew, friends and contemporaries from the musical scene. It is considered one of the best and most thorough written to date on the Floyd and may change what you think you know about the band.
Buy Now

Inside Out: A Personal History of Pink Floyd
Written by Nick Mason himself, you can't get much more "inside" Pink Floyd than you can with his own history! This large, beautiful book also features rare photos and art that you likely have not seen elsewhere.
Buy Now

Looking for more information on Pink Floyd? These are some of the best sites on-line for information, talking with other fans, and sharing everything related to the Floyd.

I hope you had fun sharing your opinions on Pink Floyd here in this survey. Check back in the future as I may add more questions and options. Do you have any last thoughts on the Floyd to share, or answers to expand upon from the survey? Leave you thoughts here - and thanks for stopping by!