Ultraviolence went platinum and was Grammy Nominated. It was debuted as #1 on Billboard 200, generating 182,000 sales in the first week.

Dan Auerbach was one of the main producers of this album along with Paul Epworth, Lee Foster, Daniel Heath, Greg Kurstin, Rick Nowels, and Blake Stranathan.

Singles from this album include Ultraviolence, West Coast, Shades of Cool, Brooklyn Baby, and Black Beauty. 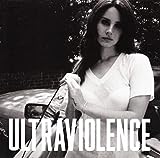 He hit me and it felt like a kiss

I could've died right then

'Cause he was right beside me

Jim raised me up

He hurt me but it felt like true love

Jim taught me that

Loving him was never enough

Lana Del Reys studio album, Ultraviolence, came with lots of controversy and endless assumptions. Del Rey is considered to be a threat to feminism, with her submissive songs and dependence on her partners. Using her own lyrics, I'll clarify the meaning and intention of this song and album title.

In Lana Del Reys studio album, Ultraviolence, many people think that Del Rey wanted to glorify and glamorize domestic violence. I disagree and think she was talking about her own personal experience. She didn't intend to influence others with her lyrics.

I actually noticed that her songs suggest that she was in many abusive relationships. In a recent interview for Elle UK she talked about her problems, confessing “Talking about feeling more positive at this time in her life, she tells us, 'All the tough things that I have been through – that I've drawn upon [in my work] – don't exist for me anymore. Not all my romantic relationships were bad, but some of them challenged me in a way that I didn't want to be challenged and I am happy I don't have to do that now.'”

Video Games actually is about a clearly abusive relationship. Reading the lyrics over is pretty intense.

At that time, Lana had been sober for several years, yet he doesn’t care that she’s probably triggered into wanting to drink again being with him. He insists, come over here.

She dresses up in his favorite clothes, hoping for attention or affection. However, it’s extremely odd that he’s just watching her get undressed. Generally, there would be foreplay and kissing and stuff. But he just watches her undress, like she’s completely submissive and the only thing she could use is her sex to feel conntected to him.

She again is complimenting this man, yet he says nothing back. Instead of showing affection after sex and expressing this love for her. Instead he just starts playing his video games again, ignoring her presence.

It's you, it's you, it's all for you
Everything I do
I tell you all the time
Heaven is a place on earth with you
Tell me all the things you want to do
I heard that you like the bad girls honey, is that true?
It's better than I ever even knew
They say that the world was built for two
Only worth living if somebody is loving you
Baby now you do.

She basically is professing her love to him. People are always searching for true love. Especially women. Although it’s not right, women had been taught that a man in there life is important and to be loved. I think she fell a victim to that mindset, idealizing romantic relationships and using them as a way to escape from reality.

Quite obviously, she’s asking him what he wants her to be, opening up her entire world, her appearance, her sexuality, her expression, and she views being with him as being heaven, relating love and spirituality. She’s hinting to him that having someone who loves you is really impoortant and probably hopes that he will exchange this.

To explain my point, I felt the lyrics to Video Games is very relevant to the song Ultraviolence. It shares similar lyrics and Ultraviolence was a memory of New York, which is when she was with her boyfriend.

Raise me up is a term that signifies growing up and being taught and disciplined. She could’ve died with him happily that night, because she knows he will leave. Though she loves him, that was clearly not enough to keep him close to her.

We could go back to New York
Loving you was really hard
We could go back to Woodstock
Where they don't know who we are
Heaven is on earth
I will do anything for you, babe
Blessed is this, this union
Crying tears of gold, like lemonade

Again, the New York reference, referring to the relationship in Video Games. It was not easy to put up with the heartbreak, emotional abuse, and probable physical abuse. She wishes she could go back in time where it was just him and her, prior to fame, prior to him treating her differently. *Woodstock reference is apparely connecting the relationship between Jim Morrison and Pam who had an extremely destructive relationship, physical and emotional abuse.* This union is the love / relationship between her and her boyfriend that is blessed,by the grace of God, true love is something she consider Godly because she finds true love as heavenly, the true need of living life according to Video Games. Of course this heartbreak makes her cry but from that she uses that heartbreak to express herself through music, creating prosperity.

He hit me and it felt like a kiss comes from an old song, from 1962, when domestic abuse was acceptable. In the song, the woman singing actually was happy that the man hit her because that means he cares enough to assert his physical energy into hitting her. Even at the time, it caused outrage in the audience.

The whole concept is fucked up, I don’t agree with the title of the album because it’s disturbing. However, I think she is talking about her own experience. The songs about this relationships are so sad and disturb people, turning off to her music. I think she expresses her mindset of her destructive relationship. I don’t think domestic abuse can be glamorized because no one will change their stance on domestic abuse, especially for something as small as a song. Following the title “Born To Die,” I don’t think fans envied her heartbreak and her apparent depression over her heartbreak because she equates love as the ultimate paradise, the meaning of life. People either relate or don’t. She blatantly says that he’s her cult leader, which isn’t the desired effect of a relationship for anyone. I think she’s expressing the symptoms of domestic abuse and developed Stockholm Syndrome, a deep love and need for the abuser after conditioning. She was steadfast talking about her relationships, I believe she was still stuck in the idealization that it was true love and magical and divine and not abusive.

Now, she’s made it a point to contradict her old songs, explaining that she was in a very dark place and is probably suffering from the effects but learned to cope mentally and finally found peace.

People believe that she is referencing her alcoholism which may be true but I think she had traded in her addiction to alcohol to her romantic relationships, developing codependent relationships with her partners. Just my feeling though!

Update on Ultaviolence Era and Domestic Violence mentioned in songs

2017 interview: Life, Liberty, and the Pursuit of Happiness: A Conversation With Lana

Another stand out song : Sad Girl

In Sad Girl, she professes

She vividly talks about that domestic abuse in an unreleased song, Afraid.

She speaks about the Ultraviolence in Pitchfork Magazine (2017) speaking about her toxic relationships.

If you’re happier these days, what do you think when you hear an old lyric from an old record, like, “He hit me and it felt like a kiss,” from “Ultraviolence”?

I don’t like it. I don’t. I don’t sing it. I sing “Ultraviolence” but I don’t sing that line anymore. Having someone be aggressive in a relationship was the only relationship I knew. I’m not going to say that that [lyric] was 100 percent true, but I do feel comfortable saying what I was used to was a difficult, tumultuous relationship, and it wasn’t because of me. It didn’t come from my end.

So I’m going back to Santa Monica, New York to L.A.
Never coming back, boy, no matter what you do or say
‘Cause I’m so afraid
And I've had it up to here with the panic and the fear
There’s nothing in your heart
Thought that I could make you change,
But I’m so afraid
But it’s not love, it’s just the fear
You’ve put down for all these years
But I’m leaving now

Pitfork rates Ultraviolence a 7.1 out of 10

Billboard rates Ultraviolence 4 out of 5 stars

The Guardian rates Ultraviolence 4 out of 5 stars

NME rates Ultraviolence a 6 out of 10

Lana Del Rey: 'I wish I was dead already'

Lana Del Rey was heavily criticized based on her comment to The Guardian.She states "I wish I was dead already."

For saying that, she was accused of romanticizing death.

Singer mentioned members of the 27 club, like Kurt Cobain and Amy Winehouse. Later on, Kurt Cobains daughter Francis Bean Cobain called out Del Rey for this comment via twitter. She makes a tweet saying, "The death of young musicians isn't something to romanticize."

Comments made by Lana Del Rey about the album

About producing the album:

“I went through a hundred and eleven producers just to find someone who says ‘yes’ all the time,” she says. “Everyone is so obsessed with saying ‘no’—they break you down to build you up.”

"I'm so used to writing for myself — and at the end of the day, I do it because I feel like I have to. So when I'm recording or writing, I don't have other people in mind. It's not always comfortable for me, but I don't not say what I want to."

Fucked My Way To The Top:

"It's commentary, like, "I know what you think of me", and I'm alluding to that. You know, I have slept with a lot of guys in the industry, but none of them helped me get my record deals. Which is annoying."

During her interview with the Guardian, she confesses, "I wish I was dead already." It made news and is one of the first thing that comes up about her when you look her up, even 4 years later.

Del Rey felt betrayed by the interviewer, feeling he took it out of context to make an interesting headline. She said, "I regret trusting The Guardian. I didn't want to do an interview, but the journalist was persistent. He was masked as a fan, but was hiding sinister ambitions and angles. Maybe he's actually the boring one looking for something interesting to write about."

5 out of 5 stars from 1 rating of Ultraviolence, Lana Del Rey