Who Was Uncle Sam?

Uncle Sam is often seen as the symbol of the United States, even before "Old Glory," the Stars and Stripes Flag. Many Americans see Uncle Sam as the embodiment of their nation and their system of government and look upon him with fondness and pride. It is amazing, however, how many different stories abound as regards the origins of Uncle Sam and who he really was. Some say that General Ulysses S Grant from the time of the Civil War was the original Uncle Sam, others even suggest that there never was any such person and that the initials "US" stamped on various types of goods contributed above all to the legend.

There is some truth in that second version of the story - but Uncle Sam was in fact very real and the account which follows was ratified as the official truth by President John F Kennedy and the United States Congress in 1961.

A History of the American People - by Paul Johnson 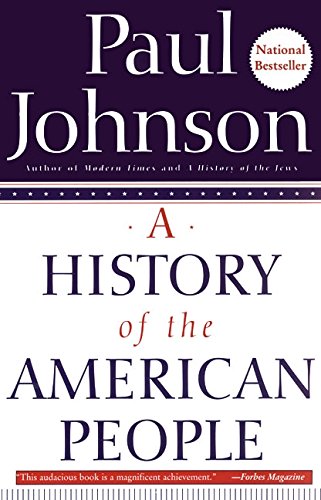 A History of the American People
This monumentous book looks at the history of the American people over the last four hundred years. It covers science, religion, politics, as well as the events which have shaped how America and Americans are today. An absorbing account of how a nation has grown and a whole race of people developed.
Buy Now

The Birth of Uncle Sam

The creation of a legend

The man who would become the legend that is Uncle Sam, Samuel Wilson, was born on September 13th, 1766 - when America was still a British colony - in Menotomy (now Arlington) Massachusetts. Both his parents had immigrated to the New World from the River Clyde port of Greenock, near Glasgow in Scotland. The family relocated to New Hampshire when Samuel was fourteen.

When he was twenty-two, Samuel and his brother Ebenezer moved to Vander Heydon (now Troy) in New York State. They initially had many jobs but eventually set up their own business as meat packers. The business was a great success and soon they were packing the meat in barrels which they also made and even owned their own ships, which sailed from the Hudson River.

The origins of "Uncle Sam"

Although by 1812, the American War of Independence was long over, trade disputes between Britain and the United States led to further armed conflict. The United States Army asked Samuel Wilson to provide meat to the troops fighting along the Canadian border. He did so in barrels labelled, "US."

As he was an extremely well liked and popular boss, a lot of Wilson's employees had begun calling him, "Uncle Sam." This nickname stuck and word of it spread. Troops stationed at East Greenbush were of the notion that this was the new slang for the US Government.

The concept spread ever further afield and soon, all over the United States, people were referring to their Government as, "Uncle Sam." The popular image employed of Uncle Sam today, however, bears no resemblance to the real Uncle Sam. It was adapted from the British war recruiting poster of 1914, featuring Lord Kitchener, when the United States entered the First World War in 1917.

The Ratification of Samuel Wilson as "Uncle Sam"

Samuel Wilson died in 1854 and was buried in Oakwood cemetery in what is now Troy. The inscription on his gravestone simply reads, "Samuel Wilson, Died July 31 1854, Aged 88 Years." It was not until one hundred and seven years later, however, that the US Congress officially passed legislation recognising him as the source of the national symbol that is "Uncle Sam."

Thank you for reading through this site. I hope that you found it enjoyable and educational.

Any feedback you have may be left in the space below.