Lots of People want to know, What is a G6?

G 6. If you've heard the extremely catchy lyrics in the popular song "Like a G6" you've probably asked "What's a G6?" You are not alone. The term "G 6" has been searched over a million times during the month the song rose to fame in October 2010. So what exactly is a G6?

Most probably, the term G6 refers to the model number of an Airplane made by Gulf Stream Jets (the exact name of the jet is a G650, but is shortened in the song). However, the story about the term "G6" and the origin of the song itself gets much more complicated as you dig into its past.

Here you'll find all the information to form your own opinion.

on the Album Free Wired

the band's assistant in the video. *The video is viewable on this page.

described as a G4.

The song "Like a G6" was written and produced by The Cataracs, an "indie-pop duo" consisting of David "Campa" Benjamin Singer-Vine and Niles "Cyrano" Hollowell-Dhar (long names!). According to an article published September 1, 2010 in The Daily Bruin, Hollowell-Dhar states the wording "G 6" is "...open to interpretation, but I think when we were writing, David (Singer-Vine) wanted it to rhyme with three-six, which was a reference to the rap group, Three 6 Mafia, and he's like, 'Well there's a G5; why not take it to the next level and call it G6?' We made it up 'cause it sounded cool."

Hummm. That doesn't jive with the article from MTV when Far East Movement band member Kev Nish stated, "Drake talks about having G4 pilots on deck, so we said, 'What's flyer than a G4?' Of course, it would be a G6." Who's Drake? Drake is a Canadian recording artist who sings a song entitled "Forever". The song contains the lyric, "I know G4 pilots on a first name basis" apparently referring to the amount of time he spends traveling on airplanes. Thus the evolved term "G6".

If you thought all that was confusing...

Take about 10 steps backwards and meet Dev. If you've heard the song, you hear a female voice. Since all four members of Far East Movement are male, many people ask, "Who sings the song G6?" Well, it's a female singer named Devin Star Tailes, better known as "Dev". You'll see her in the video (viewable down the page) singing the all-too-catchy-chorus "Like a G6" over and over and over again. Hold on to your seats, because Dev has her own similar song entitled "Booty Bounce" (interestingly enough also produced by the Cataracs) which has the exact same lyrics near the middle of the song. *New information!: Yahoo Music blog reports that the phrase Like a G6 "was actually borrowed from Dev's song 'Booty Bounce.' "

If this Yahoo blog article is accurate, then Dev is actually the original original original one to use the phrase. The subject has created plenty of banter amongst YouTube viewers about who used came up with the lyrics and who used it first.

*New: Also uses the term Like a G6 - "Rocketeer - See the video" - You'll also hear this popular lyric in

released from their Free Wired album.

See an Interview with FEM

Band Members talk about Their Incredible Rise to Fame

These fellas are a likable bunch. See an interview with the band at the link below.

Official Video - Like a G6 - Far East Movement, with guest singer Dev, produced by The Cataracts,

What's the video about? Pretty typical for this style of music, age group and genre. Lots of references to drinking alcohol, partying, night clubs and girls.

You hear the exact same lyrics from Like a G6 in this song at 1:49.

This video has rapid flashes of light - if this bothers you, don't watch it!

Poll: So who do you think came up with the lyrics first? - Vote here!

Who was the first person/group to use the term

Another article about this subject...

Yahoo News has published an article about the lyrics to the song. This particular article does not mention Dev and her song Booty Bounce. You can read the article here: Far East Movement Explains Meaning Behind the Song

Want to know more about the G6 Jet Airplane?

Here's a snippet from the description at their website: "The Gulfstream G650Â® ultra-large-cabin, ultra-high speed business jet is, quite simply, the gold standard in business aviation. The flagship of the Gulfstream fleet flies faster and farther than any traditional business aircraft and envelops its privileged passengers in a level of comfort far greater than any other aircraft in its class.

Read more about the G650 here at Gulfstream or here at Wikipedia.

Famous Song Lyrics and Where They Originated

Inspirations: Original Lyrics And the Stories Behind The Greatest Songs Ever Written
Buy Now 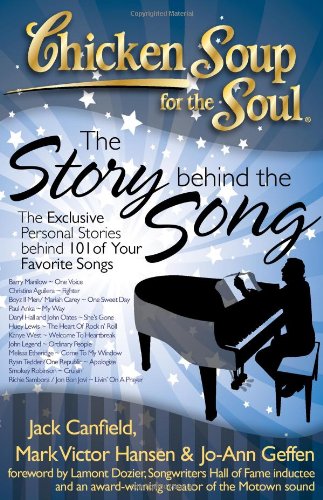 Chicken Soup for the Soul: The Story Behind the Song: The Exclusive Personal Stories Behind Your Favorite Songs
Buy Now

Have you heard this song? Did you know what a G6 was when you heard it? - Were you curious enough to look it up?