Why Many Think Bro-Country Music Is So Bad

I've always loved country music and grew up listening to Johnny Cash, Nanci Griffith, Loretta Lynn, and John Denver. However, I've never listened to country music radio, so I'm always unaware of what's going on in modern country music. That's not to say I don't listen to younger country singers. I listen to newer acts like Robert Ellis, Kacey Musgraves and indie artist Lydia Loveless. I just discover them in other ways. And maybe it's a good thing I don't listen to country radio because according to the Spectrum Pulse review of Musgraves' album Same Trailer, Different Park:

"...the country charts are buried in an influx of acts with no one taking a definite lead in the genre. For the most part, too many of these guys sound the same, with the same country rock style and the same bland lyrics that seem to be about booze, girls, cars, and loving America. You hardly ever get acts that stand out much against the herd here...Kacey Musgraves is the country singer-songwriter that should be leading the field, because she bloody well deserves to be."

Now, I'm sure some older country music was about "booze, girls, cars, and loving America." But it covered many other topics as well. It often dealt with people's day-to-day struggles: marriage, divorce, heartbreak, addiction, dead-end jobs, financial struggles, war, etc. Sometimes those struggles were serious and sometimes they were downright silly. Take two great Johnny Cash songs Folsom Prison Blues and A Boy Named Sue. The former song is about a convicted murderer pining for the life of a free man while the latter is about a man who wants to find and kill his father for naming him Sue. If you haven't heard a country album that's all about "booze, girls, cars, and loving America," you're missing out on bro-country music. Although you might think missing out is a good thing. 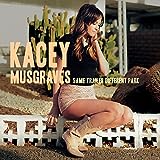 These are two popular bro-country songs for your listening pleasure or pain.

Jerrod Niemann - Drink To That All Night

Today's popular country albums have titles like Here's to the Good Times, Crash My Party, and Tailgates and Tanlines. According to the LA Times:

"Female country singers are complaining that their music is being pushed off the airwaves by a new crew of young, male, “bro-country” musicians singing interchangeable songs about dirt roads, pickup trucks, girls in tiny cutoff jeans and beer, lots of beer."

The formula given for a successful country song of the bro variety is:

PolicyMic's Elena Sheppard also came up with a similar list in 9 Things You're Guaranteed to Hear in a Bro-Country Song. The 9 things are: 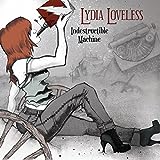 These are a couple of great songs by two amazing young country artists. Check out their albums.

No Room for the Ladies

So, you can see why the girls are being left out even if they're often making better music. They're still singing about love, heartache, loneliness, family, reminiscences and the working classes. Their songs don't and can't fit the very male formula of today's popular country music. Kacey Musgraves is very highly respected for her songwriting skills but her songs don't fit what country radio wants to play right now. As an example, her song Blowing Smoke is about the struggles of waitresses:

"Well Janie got divorced again
Her ex-husband's in the pen
From two to five, five to ten and longer
Brenda's traded smokes for cake
Still hadn't lost that baby weight
And that baby's about to graduate
From college"

Female singers have been struggling to get airplay. A whopping 44 out of the top 50 songs on the country radio chart as I write this are by men. That's stunning to think about when so many women were prominent in country music in previous decades: Loretta Lynn, Patsy Cline, Dolly Parton, Shania Twain, Reba McEntire, Tammy Wynette, Martina McBride, The Dixie Chicks, etc.

Kacey Musgraves is happy that female country artists are making quality music even if it's not getting them to the top of the charts:

"Music has always been a male-dominated game. I feel like it’s that way in every business scenario. But this is 2013 and we’re moving forward. There’s a lot of guys on the charts, but there are a lot of girls that aren’t on the charts that haven’t been heard yet that are making great music. I think it’s a really good time for girls...For a while, I think it was popular to be pretty and have a great voice and not have much substance. But I think it’s cool that it’s coming back around where you’re expected to have something a little more hefty to say."

The rise of bro-country reminds me of the approximately 2008-2011 time period when dance and electro music completely took over pop radio. Thankfully by 2012 pop radio started to diversify and now has a good mix of upbeat songs, mid-tempos and ballads. You'll hear dance, R&B, folk pop, pop rock and electro-rock. Pop audiences got tired of a constant barrage of electronic songs about having a good time and wanted more lyrical depth and actual instruments. Bro-country is likely destined to suffer the same fate as electro and dance. People will tire of the same formula and demand something new. And the talented female artists who are struggling now will have their time to shine.

Now, I like songs about partying and going crazy in moderation. I don't like to party but I need some upbeat, fun and happy music in my life. For me personally, I'd prefer to listen to these themes in club, dance and pop music. Although I couldn't stomach a full album of party and club music (sorry Pitbull and Flo Rida). So, bro-country dudes, I'll stick to traditional country. You're a lot of fun to read about but it's a good thing I don't own a gun because I wanted to shoot myself after listening to five of your songs in a row.