The Day I Grew Wings

Zara is a Mumbai based film, tv and web series writer. She start out as a content writer for various brands.

Many of my friends recall flying in their dream. I’ve never been one to remember much of my dreams, but what happened that day was more astonishing than any thing I could ever dream up.

I was a junior designer in a company at this point and had an important presentation lined up for the day. However, with youth comes a crazy optimism that gives you a license to be reckless. I had the audacity to party the night before and chug down some good quantity of wine. The result was an eventual black out.

Groggy and late for work, I stepped into my tiny bathroom and started brushing my teeth. That’s when I noticed it, something literally sprouting out of my back. They were feathers growing through my skin. Perhaps this was a cruel prank from the party last night. I strained my memory to look for suspects but I couldn’t find anyone with a motive. May be it was something I ate. There was a faint memory of me eating some fried eggs at one point, but that couldn’t be it. Plus, I wasn’t PMSing either.

I tried not to panic. I plucked, waxed, tried hair-removing cream, razor blades. I had dealt with stubborn hair growth before but nothing like this.

It was tough not to panic now; there were wings growing out of my back and they were growing at a rapid pace. I was beginning to look like an overgrown nestling stumbling across my studio apartment. I searched Google for an anomaly like this. But it was narrowed to me being an incarnate of some biblical angel or a mutant from the X-men series. Believe me, I’m neither.

There had to be a reason for the wings. I couldn’t just go from normal girl to winged bird within a day. So there I was with wings on my back. Thoughts were racing through my head. There was that presentation lined up for the day and I had to make it. Wings or no wings, this birdy had to fly out of the nest sometime. May the wings weren’t such a bad thing after all. It was time to be brave and face the world. But I couldn’t summon the gumption just yet. So, I called in sick to work for a few days. And when I went out for groceries, I coved up my wings with an oversized jacket.

A trip to the doctor didn’t make things any better. The doctor just stared at me in shock and utter disbelief. He said I was perfectly normal, my health was fine. In fact I was fitter than your average couch potato. He did ask me if anyone in my family had sprung wings before. To my recollection nobody had. At best I had an aunt with a very hairy back.

Soon, the wings were too large to be covered by a jacket. Tired of living in self-imposed exile, I decide to let my secret out and make the appropriate changes to my clothes.

I stepped out eventually. I faced strange glares, kids pointing at my back, seniors baffled by my appearance. There was no doubt I made every head turn. At first it was mere curiosity at my condition and then I finally faced the dirty D.  Discrimination!  People looking at me like I was some kind off freak of nature, some with shock, and others with amusement, spruced with a few sighs of empathy between. No one would sit next to me on the train. There was always a strong reaction.

I hadn’t prepared for something like this. Finally I took a hard look at myself in the mirror and just decided to wing it. So I have wings, big deal. Think about its benefits, they are worth a thousand stares. I came to terms with them, love them in fact. Having wings beats being stuck in traffic, I started flying to work with the beastly beauties.

In the event that any of you spring wings here’s a head’s up. I wouldn’t want anyone else out there to go through the same things I went through.

Number One: Revamp your wardrobe, have the right outfits to go with them. Trust me hiding them is impossible. So you have to get clothes that will accommodate your wings. Essentially you are going to make two incisions in the back so they can spring out. A little tip: a pair of white wings go perfectly well with a black halter dress, it’s quiet dressy.

Number two:  Maintaining them. A regular shampoo will do, deep condition the feathers for a softer look, blow dry them, puff them up and you are good to go. Pick a salon that welcomes and caters to a range of experimental customers. A good trim every two months is a healthy thing.

Number three:  Work them wings. Flap them, exercise them, keep them in shape and they’ll save you the agony of traveling by regular means of transport. The flying thing takes some time getting used to, adjusting to the wind and all. But once you do, boy is it great. Start slowly, at first try jumping off from the second floor, master that and only once you get the hang of flying, jump off a skyscraper.

Number four: Don’t get roped in by religious groups or freak shows trying to make a quick buck off you. Clarify straight up, you are no angel and the wings are a perfectly normal part of your life.

Number five: Be careful who you date. An open minded man is what you need to go for. There are a lot of guys out there who might try to convince you to get them surgically off. Tell them that’s not an option. He has to accept you for who you are and that includes your wings.

Number six: No matter how much you enjoy flying and feeling the breeze in your face etc.  Don’t ever think you are a bird. One drunken night, I flew away to the forest and decided to make a new life with the birds. Let’s just say I had to come back with my wings between my legs.

Number seven: Don’t wrack your brains about why you? Strange things happen to normal people for no apparent reason. Stressing will only lead to more feather fall and you don’t want pre mature feather loss. Sometimes things just happen. May be they have a purpose, may be not. May be it will be revealed someday. Perhaps it’s a sign from God, perhaps not.

I’m updating this blog because I have some sad news to report.

Just when I was getting used to the wings, they fell off. They just disappeared without any trace. No scars in their place, nothing. Just a few scattered feathers remained on the floor. I picked one and still keep it as a memento; a memento for unusual occurrences that hit you on the head while you are too busy leading a perfectly normal life.

As I look “back” I see no wings anymore. But I’m still forced to think about the winged episode. They did teach me to be free and comfy with myself. They taught me to soar in the sky, maybe that’s why they grew in the first place. Now I can do the same without them. But I’m just speculating.

It’s your ability to face change that makes you. Be it wings, horns, tails you never know what the human body is capable of springing out of itself. When it does, don’t panic, just go with it and wing it. 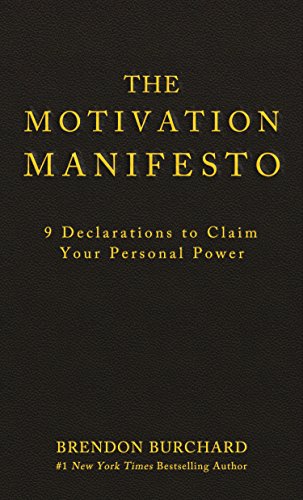