Kim Kardashian, Her Commercials And Endorsements

Kim Kardashian is the Queen of Social Media. She has over 5 Million "Likes" on her Facebook Page and over 7 Million Followers on Twitter. Her Reality Show with the Kardashian Family went through the roof. Her Reality Show "Kim and Kourtney take New York" (Here she was filming with her older sister Kourtney Kardashian) is booming. Between all her modeling, shows and appearances she also focused her time on many different endorsements. Below is a list of her biggest endorsements and commercials in the time range from 2009-2011. Which one is your favorite Kim Kardashian Commercial? Take your vote!

Kim Kardashian and her mom Kris Jenner have signed an endorsement deal with Skechers to be the faces of a so-called "Shaping Up With the Kardashians" challenge. The mother-daughter fitness challenge, the centerpiece of which will be their working out in Skechers' patented butt-firming Shape-up athletic shoes, will begin in early 2011.....

In 2009, Kim Kardashian is the latest Carl's Jr. spokesmodel in a sexy salad ad.

Kim said: "I was approached by Carl's Jr to become the spokesperson for their new Grilled Chicken Salads. Their new range of salads fits in perfectly with my healthy lifestyle."

Using her sultry voice, Kardashian said while endorsing the salad on the ad, "I'm such a neat freak. Everything's got to be clean, crisp and tasty. While the best things in life are messy, it's fun to get clean," as some dressing dripped over Kardashian's cleavage. The ad ends as the sultry reality star takes a bubble bath.

Quick Trim claims to help you burn more calories by boosting your metabolism. It has several weight loss and detox lines which you could choose from according to how fast you want to lose weight. One of its strong sellers is the 48 Hour Super Detox Diet, which is an express kind of cleanse and one that is not recommended unless you really REALLY need to cleanse and detox.

I July of 2009 Kardashian tweeted: I'm shooting an Ab Rocket infomercial. Anyone tried it? My abs are dying!!!! It's the best!

Kim says on her own web site that the Ab Rocket was easy to use and since she brought it home from the infomercial shoot, she used it every day!

Jennifer Galardi is the fitness trainer for Kim Kardashain. The secret of sexy physics of Kim is Jennifer Galardi. In this commercial, Kardashian works out with her trainer. Kim Kardashain is sharing her secrets of that famous butt. They both guide the key visualization techniques that introduces your body to interval training. Jen also includes a Cheat Check to ensure proper form is maintained throughout the entire workout. In the next 20 minutes of the workout, Kim kicks it up a notch with additional movements and height before finishing with a series of stretches. Kim follows things along , while Jen demonstrates the advanced option for those ready to take it to the next level.

Kourt, Khloe and I have a big announcement to make! We so excited to tell you guys that we're partnering up with PerfectSkin(TM). Like most girls we've tried an endless number of skin products over the years and with so many products on the market it's so difficult to find one you like and can stick with. But PerfectSkin(TM) products have really worked for us and they are the only skincare products I use now.

I'm always on the go and I'm constantly being photographed, so I don't always have the time to fit in a complicated skin care regimen, yet I always have to look my best for the cameras (or at least try to, haha.) PerfectSkin is super quick and easy and means I can always find the time to take care of my skin- it's a three-step system that is the same no matter what your skin type! I just cleanse, tone, moisturize and I'm ready to go.

Which one is your favorite Kim Kardashian Commercial? 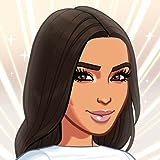