10 Things Only 80s Girls can Appreciate

My 10-Year-Old Doesn't Understand the 80s

When my 10-year-old daughter sees pictures of me at her age and younger, she is amazed, and a bit confused, by my mad 80s style. But, what she doesn’t know now is she is creating those same fun memories that her children will laugh at – in about three decades.

While my daughter doesn’t appreciate my favorite things from the 80s, I’m sure other 30 something moms will, after all, this blog is dedicated to 10 things only 80s girls can appreciate.

Jem debuted when I was eight years old, in 1985, and quickly became my favorite Saturday morning cartoon. What 5-year-old girl didn’t want to have a rock star secret identity in the 1980s? Adding to Jem’s allure was her wild, pink hair, star-shaped earrings, and her best pals, The Holograms.

Miley Cyrus, her dad, and Disney tried to re-create some 80's magic when they debuted Hannah Montana, and at first, my daughter was obsessed with it. However, nobody could pull off the magic that Jem created in the 80s and shortly after the demise of Hannah Montana; Miley Cyrus became a train wreck that no one will remember in a decade. Jem; however, will live on forever, at least in my mind, and there is even a new movie featuring the 80s glam rocker set to be released soon.

When Full House debuted in 1987, I instantly fell in love with Uncle Jesse (John Stamos). Having a pretty rocking uncle myself, I totally related to the show and couldn’t resist the dark-haired, hilarious Uncle Jesse. Now as a 30-something mom, I still can’t resist John Stamos, even when he does those ridiculous yogurt commercials.

I Get it, Stamos is Greek and so is the Yogurt! But, It's Still Weird

If you didn’t grow up in the 80s or 90s, you might not understand why Rave hairspray is such a big deal. If this is true, take a minute and think about the pictures you have seen of your parents, aunts, and uncles in the 80s.

Chances are the one thing you remember is the hair…BIG HAIR. I had big hair in the late 80s and well into the 90s. At the time, there was only one hair spray that could hold those bangs 4 or 5 inches tall, and that was Rave hairspray. However, you couldn’t just go to the store and buy any Rave hairspray. Instead, you needed the Rave Ultra Hold spray. Personally, I preferred the Rave Ultra Hold number 4. It was the only formula that could give me that rock hard, high hair-do that would last all day long.

She-Ra was the princess of power and an all-around badass, even as a kid I knew she was a forced to be reckoned with. When the cartoon She-Ra was released in 1985, I was obsessed. Having three sisters in a house with no brothers or male cousins, She-Ra was a hero.

Everything from her ability to fight bad guys to her kick ass boots was exceptional at the time. Today, TV is full of positive female role models in cartoons, but in the 80s, She-Ra was it!

Being the elder sister of triplets, I related to this series and witnessed the struggles Elizabeth and Jessica had in their fictional life to be similar to what my triplet sisters were dealing with in their own lives. When the fictional Wakefield twins, reached 6th grade, their differences came to a head. Elizabeth joined the school newspaper, and Jessica joined The Unicorn Club, an exclusive club for the most popular girls in school. Oh, how I wanted to be a member of The Unicorn Club. 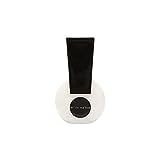 Like most little girls, I couldn’t wait to be a “big girl.” While I was still too little for make-up in the 80s, my mom did buy me a bottle of Exclamation perfume for Christmas one year. Not only did she buy me the perfume, but she bought me the lotion too. I remember layering myself in Exclamation for years after I got my first bottle and still cringe at the floral/fruity smell today. That’s right; they still sell Exclamation perfume; in the same packaging that made it popular when I was a kid.

7. Hair Crimper and Side Ponytail

If you were a cool 80s girl, you had one hairstyle choice, a side ponytail. Sounds simple right; it wasn’t. Not only did you have to have the perfect side ponytail, but you had to wear that ponytail right over your ear, crimp the ponytail with a hair crimper, spike the bangs, and top it all off with a scrunchie. 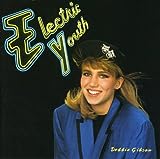 If there is an anthem for 80s girls, it’s Electric Youth by Debbie Gibson. I definitely felt the power every time this song came on the radio and continue to love, and know all the words, to this quirky 90s, pop rock song today.

When I was seven years old, there was only one thing I wanted for Christmas, and that was the Caboodle. I had seen them on the shelves at Hills Department store, and I needed one. In fact, at the time, I felt my social existence balanced solely on whether I got a pink caboodle for Christmas that year.

I didn’t even care if I received anything to put in it…I just needed that case. Thankfully, Santa brought me a pinkish purple Caboodle for Christmas in 1987, and I was over the moon excited about it. Every scrunchie, hair brush, Exclamation perfume bottle, and Rave hairspray I owned was in that box, and I kept it well into my teens.

Today, my 10-year-old could care less about her school supplies! The only special request she makes is mechanical pencils. Apparently, the coolest kids at school have mechanical pencils. However, this wasn’t as easy in the 80s and even well into the 90s. If you were an 80s girl, there was only one type of school supply that existed, and that was the delicious cuteness created by Lisa Frank.

Not only did I have Lisa Frank folders, but I also proudly carried a Lisa Frank trapper keeper, bookbag, and lunch box too. In fact, I think I distinctly remember decorating my Caboodle with adorable rainbow and kitten stickers created by Lisa Frank.

Share Your Favorite Memories from the 80s in the Comments Below