A broken brush and a screaming child!

How do you feel about spankings??

While spanking is no longer acceptable, do you think we should be allowed to spank our kids for disciplinary reasons?

Where you trying to discipline me???

I must have been a horrible child. I remember in my childhood being spanked… and not just a little, but a lot. In fact, I am pretty sure that I have been spanked so much, that I actually became immune to it. Spanking no longer hurt. The problem with that, it makes your parents frustrated!

Now I am not saying that I deserved it, but then again, I am not exactly saying that I didn’t deserve it. You see, when you think back to your childhood memories, some of them seem a little skewed, so your memories might not exactly be accurate to what actually happened; just merely an interpretation which has probably been embellished the more you tell the story. So, the accurateness of the story… well, let’s just say it is from a child’s perspective!

I was the youngest child in the family - well, at least at this time. My parents were a rather young couple starting off their life. We lived in a small house in the city. I don’t remember much of this house. But I do remember the floor. Maybe it was from all the times that I would throw myself down, slamming my fists to the ground and flailing my legs around in the air like a crazy mad kid. Like I said earlier, I was a horrible child.

I also remember the porch. Especially this one time when I was grounded. You see, I had an older sister who is exactly two years older than me. I am pretty sure she was never in trouble; at least not as often as I was. Well, because of our closeness in age and the neighborhood we lived in, we shared friends. I distinctly remember one of our best friends coming over to our house to play. My parents said I couldn’t play, but my sister could. I distinctly remember the fury raging through my entire body… almost to the point where I would like to throw myself to the ground; or maybe to the point where I just needed a good cry. Instead, I did neither. I pressed my face up to the screen door in the porch and growled. A low growl that I am not sure where it came from. I was jealous. I was angry. I wanted to be outside. This was a hard lesson for a child who wasn’t even 5 years old yet.

Yet, out of all the times that I was grounded, all the temper tantrums I threw, all the spankings I endured, the one memory that is the clearest is the time that my mom finally got frustrated and fed up with me. I honestly don’t remember what I did wrong. Then again, I don’t remember ever doing anything wrong. Like I said earlier - a skewed memory. This time, I was in trouble. This was obviously a common occurrence for me. My punishment - another spanking!

By this early age, I am pretty sure my butt had been calloused from all the spankings that I had received. In fact, spankings didn’t even make me cry anymore. The hard lesson to learn is, if the spanking doesn’t make you cry, don’t push your luck. In fact, you should just grin and bear it. This of course was a lesson I hadn’t learned yet; although I did grin. But I grinned a little too big and a little two loud. In fact, I downright laughed at my mom for thinking she could actually punish me with another spanking. Definitely not one of my smartest moments!

Upon my laughter breaking loose, my mother’s ears blew steam, her cheeks turned red, and I am pretty sure it looked as if her eyeballs were about to pop out of the sockets. I couldn’t tell if she was trying to hold back her own laughter or if she was more frustrated that her punishment was unsuccessful. She left the room. I thought I lucked out.

Seconds later she returned. This time, her hair brush in hand. I don’t remember much of this brush. If memory serves me correctly it was a wooden looking plastic brush with plenty of bristles to spare. Not fully comprehending the situation I was in, once again I was leaned over my mother’s knee, bare behind exposed. Out of nowhere, there was a smack as the brush contacted my skin. It stung, but no worse than her hand did previously. I still giggled a little. This forced more strength to enter my mother’s arm as she slammed the plastic brush into my rear end once again; harder and harder until I was no longer laughing. The last smack ended with a loud crack. This was not the sound of my behind breaking, but the sound of my behind being stronger than the brush. The brush had snapped in two and my punishment was over. By now, the tears were streaming down my cheeks and I am pretty sure I was screaming. My mother on the other hand, lost a perfectly good brush.

As the years have passed, I don’t really remember the reason for this spanking, but I definitely remember the experience. I did however learn something valuable from this occurrence; it is never appropriate to laugh when you are being punished. So, you should grin and bear it (but remember, hide that grin!) And if you can, try to squeeze out a few tears too! 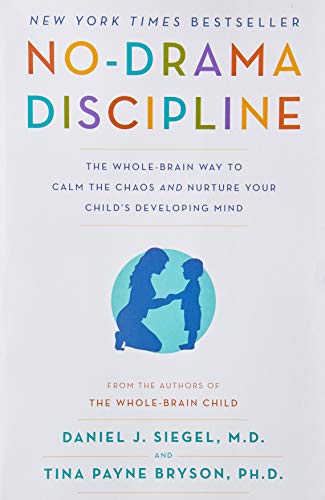