When Should Kids Move Out of Their Parents' House?

A Matter of Circumstances

There is no set age at which grown children should move out of their parent's/parents' home. Although, of course, moving out is something that is healthy and normal for most young adults, the age at which a person does this often depends on the emotional and financial readiness of the young adult, as well as on the parents and the child's relationship with those parents.

In a minority of situations, there are troubled families in which teens and parents not only don't get along, but create a truly unhealthy situation for all involved. These are circumstances under which agencies working with minor children may get involved and even recommend other living arrangements for the teen.

A common time for people from healthier families to move out is upon graduating high-school and moving away to live at college. For many college students this move is the final move from the family home. For others a temporary, post-college-stay back at the family home is necessary while the graduate looks for work and saves some money. We live in a time when housing and other expenses are higher than they've ever been, and, in general, average pay for college graduates (and others) in a number of fields has not kept up with the rise in the cost of living expenses.

Some college graduates pursue advanced degrees. Some are able to do this while living in their own place. The circumstances for other graduates may make staying in the family home something that will facilitate obtaining that graduate degree.

Whether or not high-school graduates have attended college or other job training, other factors play a role in the age at which a young person moves out of the family home. Some young people require extra time to become financially stable enough to move out. Entry-level pay often requires time for saving, as well as the matter of finding a roommate. When young people and their parents have a healthy and happy relationship they may be in less of a hurry to find a messy or over-partying roommate. On the other hand, the young person who wishes to have a very different lifestyle from his parents may want and need to move away much sooner.

Living in one's parents' home is not necessarily of not being generally independent. Just because young people live with parents that does not mean that they need to live as if they're children. Parents who encourage independence, and children who exercise it, can live under the same roof as independent adults. It requires reasonable people, common sense, and compromise; but it can be done.

Some young people want/need to move out as soon as possible. They may not mind finding the least expensive apartment in an undesirable location and then share it with whomever is willing to be a roommate. Other young people may prefer to wait until they can afford a decent location and fewer or no roommates. Kids raised in relatively safe rural, suburban, or higher-end urban locations may prefer wait until they can afford to live where high crime and cockroaches are not part of daily life. Parents of these young people are often just as happy to let their children wait a little longer for this reason.

Some young people feel some responsibility to stay and help parents for a while. Individuals with recently widowed parents, recently divorced parents, or parents with financial problems sometimes prefer to stay at home a little longer and help.

Parents, too, are different. Some parents are happy to have theirgrown childrenstay as long as they want too, while also being aware that moving out is a normal and healthy thing for children to do as well. Some of these parents see living under the roof as one thing and being otherwise independent (when it comes to laundry, food, finances, etc.) as another. Others lean toward continuing to do laundry and fill out taxes for their still-home children. Some parents believe grown children should move out as soon as they are no longer in high-school. Of these, some believe their children should be given no help whatsoever. Others of this group may be more than willing to have kids come home to do laundry, to involve themselves in their child's financial matters, and to provide the paint and painting labor to their child.

Even after grown children have long ago moved out of their childhood home there are times when they return, often to care of elderly or ill parents. When married grown children divorce they sometimes return to their parent's/parents' home until they get on their feet. There are even those times when a single, professional, adult remains in the home of a parent simply because the two have worked out an arrangement that suits them both. In Italy, middle-aged men are known to remain in the home with their mothers until they marry, even when they are financially very stable or even extremely stable. According to Italian culture, the American practice of expecting 18-year-olds to move out is difficult to comprehend.

Still others learn that inexpensive apartments often include cock roaches and/or rats, that roommates may let dishes pile up in a sink for weeks, or that they cannot feel safe coming home at night. The reality is that someone who pays to live in even an inexpensive apartment has less of a chance to save to live in a better apartment, sometimes the wisest choice is to live with parents until one can afford to find the most affordable living situation that is, at least, minimally acceptable.

Sometimes, too, families have gone through particularly difficult circumstances, and grown children may prefer to wait before moving out. Children who have lived with one parent because of divorce may enjoy some time living with the other parent before they move into their own apartment or house. When illness, tragedy or death has occurred in a family grown children may feel the need to remain closer longer, if only to have time to get past grief. The rules often change when a family has gone through particularly difficult times. The "rules of emotional upheaval" often take precedence over the "rules of moving out".

There is no set age at which grown children must move out of their parent's/parents' home. It depends on the people involved and the situation. Most young people want their own place, and most normal parents encourage independence. We live in a time, however, when living expenses are often higher than many newly-starting-out people can afford and when it is common for even college graduates to move home for a while after graduation. More important than establishing a set age for young people to move out is that all involved have the confidence to do what is right for their particular family, without feeling pressured to do something else and without feeling the need to apologize to anyone.

Empty Nest and Other Reading 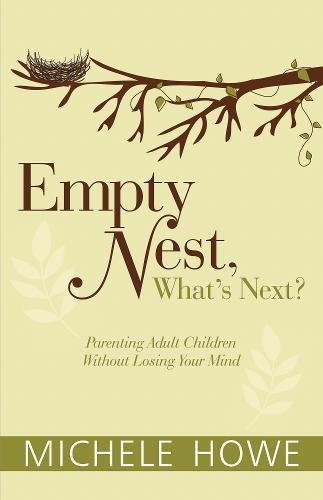