Barney and Friends, a Magical Place for a Child's Imaginations to Grow

1987 the Beginning Barney, Sandy Duncan, & the Back Yard Gang

In the begin Barney the Dinosaur was created in 1987 by Sheryl Leach, she was from the great state of Texas, and Barney naturally was Texas big. Sheryl came up with the Barney character as the center piece for children programing. She felt a television show with a purple dinosaur as the leading character would be educational and very appealing to her young son. Sheryl then began to bring together a wonderful team of experts who soon created the inspiring and unforgettable series of home children videos called Barney and the Backyard Gang, this amazing series had the talented actress Sandy Duncan in the very first three shows. Then in the later shows we meet Barney's great friends and amazing characters Baby Bop, B.J., and last but not least Riff.

The Great 1992 Talking Barney Plush Dinosaur made by Playskool

They made 4 Different Versions Talking Barney, this is the 1997 Interactive Barney

Below is the Outside Cover of Barney's Alphabet Zoo VHS Video

Barney's Alphabet Zoo is an amazing video. It originally aired on television as "The Alphabet Zoo" In this video we learn that learning can be terrific fun when Barney and his classroom friends, Shawn, Julie, Tina and Derek use letters to imagine an ALPHABET ANIMAL ZOO. Their pretend zoo is a very special place where children can imitate animals, play animal guessing games and sing about camels, kookaburras and tigers. The group is joined by two new visitors: Julie's Aunt Molly who tells a silly story using animals sounds and Jason, who shows the group how to say "I love you" in sign language. The songs and rhymes in this video are Barney's theme song, Animals in Motion, Down by the Station, Sally the Camel, Kookaburra, My Aunt Came Back, Tiger Song, The Alphabet Song and I Love You.
Barney the dinosaur was created to celebrate children and childhood. It was the dream of Barney's creators for children to have Barney become their lifetime friend. Barney and the Backyard Gang and Barney and Friends were originally developed by Sheryl Leach, Kathy Parker and Dennis DeShazer. The lyrics for Barney Home Video were by Lee Bernstein and Shimbarah Music. The approximate running time of this video is 30 minutes, and it was made in the U.S.A. and recommended for ages one years old to eight year old.

It was in the year 1991, when Larry Rifkin daughter rented one of the Barney and the Backyard Gang's videos and he could see she was totally in love with the show. Larry felt this Barney show would be a wonderful show for the Public Broadcasting System for children. Larry likened Barney to Big Bird and knew he would have appeal to young children.

Baby Bop is 3 year old green dinosaur called a triceratops. She came to the Barney show on July 29, 1991. Baby Bop made her debut in the wonderful video "Barney in Concert". Baby Box always wears a pink bow on her head, she has ballet slippers that are also pink. In many of the shows she carries a security blanket that is bright yellow. She even has a song she sings called "My Yellow Blanket". Baby Bop loves pizza and is very entertaining when she gets the stage.

1967 Curtis Mathes playing , Barney, You Can be Anything, VHS

Barney was a purple green Dinosaur called a Tyrannosaurs Rex

Barney was the main character of "Barney and the Back Yard Gang" He was is a purple and green Dinosaur called a Tyrannosaurs Rex, and in his plush and stuffed character outfit he fit the likeness of a dinosaur that would comes to life through a young child's very vivid imagination. His fund and upbeat song "Barney Is a Dinosaur," had the same beat as Yankee doodle.

Back side of the outside cases of three Barney Christmas VHS

One of Barney's favorite sayings is "Super dee-duper"

One of Barney's favorite sayings is "Super dee-duper", and in almost all his shows he sings "I Love You". Even though Barney is a carnivorous dinosaur called a Tyrannosaurs Rex he likes many different foods such as peanut-butter and jelly sandwiches, vegetables and fruits.

The VHS Barney Home Videos were very Popular in the 1990s

The First Barney 1988, The Backyard Show, With Sandy Duncan

In the photo below is the classic collection of Barney Goes to School we have Barney enjoying a typical day at school with all of his friends. He joins them in finger-painting, pretend play, learning center activates with numbers, letters, colors and shapes, and scampers after a mischievous hamster named Zippity. Barney discovers why the children love to go to school every day and learning is so much fun! The songs and rhymes in this video are, I wish there was school every day, the welcome song, You're my darling Clementine, the weather riddle song, the fishing song, the shape song, Alligator Pie, Hug a Color, what I want to be, if all the raindrops were lemon drops, the three bears rap, ABC song, Alphabet Chant, Goodby song, and I love you. The release date for this video is August 15, 1990.

1990 Barney Goes to School, Barney Enjoying a Day at school

Barney Goes to School, VHS Barney Home Video, Made in 1990

The Photo below is of the Microsoft Barney the Talking Dinosaur

This amazing Barney was made by Microsoft, This company developed the amazing ActiMates system for this plush Barney Doll. This was in conjunction with the help of many early learning specialists and had amazing experts in technology and shows they wonderful world of electronic learning. This Barney ActiMates was extensively tested the line with a lot of input from parents and children. The result is Barney interactive companion that comprised of three wonderful products, each would be acquired separately. The first is the talking and moving plush ActiMates Interactive plush Barney companion. The next is a TV Pack which is equipped with a RF transmitter that plugs into the VCR and operates specially encoded Barney VHS videotape.Next you have the personal computer package with a CD-ROM game and an RF transmitter that plugs into the game port on the personal computer. Then there was going to be a growing library of personal computer software and Barney VHS tapes throughout the late 1990s to the early 2000s.

Barney and the Children are quite Excited, as the Find the Star

In this wonderful video that was released on January 14, 1997, you have Barney showing us how each of the five senses help us experience the world around us, Join Jason, Tosha, Carlos and Kim as they use their imaginations, along with Barney's video camera, to capture the fun filled events of the day everything they see, hear smell taste and touch. Then it is another feast for the senses when barney and the children stage a movie with BJ in the lead role and watch in Bernays's "Super Dee-Duper Theater." There is only one word to describe this much Sense-Sational!

B. J. is Seven years old, and He is the big brother of Baby Bop

B. J. is seven years old and is a Protoceratops dinosaur. He has been on the Barney show since his premier on September 27, 1993. B. J. is the big brother of Baby Bop's. B.J. is always wearing his baseball cap and bright red sneakers. He talks a lot to cover up his fears, and he loves pickles on everything he likes to eat.

Through the 1990s era Barney's Books & Figures were Popular

Barney Figures & in many Sizes, & in many Themes for Collecting

Barney's Once Upon A Time, With Stella the Storyteller, Made 1995

Barney's Once Upon A Time, with Baby Bop, Video made in 1996

Below Barney Toy Cars released by Child Dimension in 1992

Seven die-cast Barney vehicles from 1993 and 1 Ramp Walker Barney ... Barney Vehicles was a line of toy cars originally released by Child Dimension in 1992. It was around the years 1997-1998, when the Lyons Group was renamed as Lyrick Studios, it was then that Playskool took over manufacture and distribution of the toys including the line of die-cast vehicles. Much like the Hasbro and Playskool's line of Sesame Street cars, these Barney cars were made of metal with a plastic character head sticking out of the center, including Barney, Baby Bop, and later BJ. Some of the vehicles in the photo and video below are Baby Bop's Birthday Mobile, Barney's School Bus, Barney's Firetruck, Barney's Utility Vehicle, Baby Bop's Roadster and more.

In 1987 Barney was Invented and Created in Dallas Texas, by Sheryl Leach 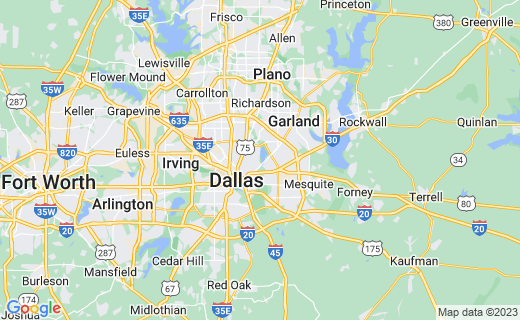