Seafarer Mama/Karen is an activist who cares deeply about social, economic and environmental justice.

Introduction: A History of Braille

In the 19th century, Louis Braille invented the braille code for reading and writing used by those who are blind or visually impaired today. He grew up in Coupvray, France and was blinded through an accident in his father's workshop.

Blindness did not prevent young Louis Braille from learning. He worked hard in school, and needed to have people read to him the books that his fellow students were reading on their own. Louis came to believe that blind students should have the opportunity to learn to read, and to have materials designed for that purpose accessible to them.

While he was a teen studying at the National Institute for Blind Youth in Paris, students were encouraged to trace the shapes of raised print letters and then read and write raised print without seeing what they were doing. This process was difficult, time-consuming, and ineffective. Louis was determined to give his fellow students a better way to learn.

The Development of Braille's Code

Louis drew the inspiration for his model from the code used by soldiers in Napoleon's army. They used combinations of dots to stand for both single sounds and sound combinations. Over time, with the inspiration of the code that he learned from the soldiers, Louis spent many hours of his free time at school working hard to develop a similar code that would be useful for blind students to use for reading and writing, and to have access to the same knowledge as sighted students..

Louis was persistent with his attempts to organize an arrangement of raised dots on paper. He believed that the basic cell of six dots was the most effective model, and he invented an arrangement of dots for each letter of the alphabet. Those arrangements doubled as numbers when a special "number" symbol was placed before them. Some dot arrangements stood for letter/sound combinations, such as "st," "ch," "th," "ea," etc.

Braille code for reading words is not the only type of code used for the blind. Other 6-cell raised dot Braille codes are used for Math, Science, Computer code, and Music. These were developed by a young man named Abraham Nemeth. There are many bound reference volumes with these codes in them for students, proofreaders, and other braille readers to refer to when they need them. The Library of Congress in Washington, D.C. houses many of the volumes of special code, and books transcribed from print to braille.

Over the past two hundred years, braille code has become used internationally to support the development of literacy for young blind readers. Materials, both in books and 3-dimensional manipulatives, have been designed, created, and made accessible to young students to learn from. Print-braille books have been developed so that young blind children can read along as a sighted adult reads to them. I have a few that I have purchased, so our blind friends have had a chance to read to my daughter when they've visited our home. Illustrations for nursery rhymes and other stories have also been made accessible to blind youth though a machine that uses heat to melt the graphics onto thin sheets of plastic. A couple of the pioneer companies for these developments are National Braille Press and Exceptional Teaching.

National Braille Press is at the forefront of producing braille books for blind readers of all ages. They have made books in braille available at affordable prices through the generous financial support of project sponsors and funds raised at their annual auction. They also transcribe standardized tests for blind students to take, along with the graphics. Periodicals, manuals, recipes, and bound volumes of Braille music code are also available.

A high standard has been achieved by the staff at National Braille Press, and that is because the volumes produced are transformed from print to braille by trained transcribers. Once a transcriber makes the print text available in braille format, the file is saved and stored on a disc for the next step of its journey. 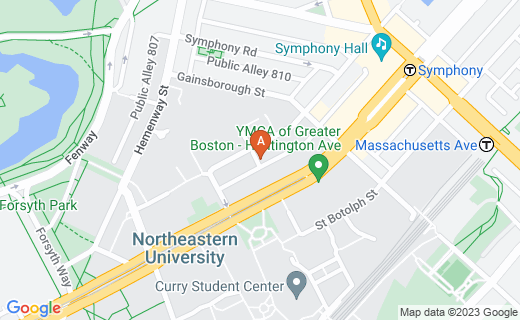 Call National Braille Press and ask for a tour through their facility. You will learn about all the ways in which braille is created.

Machines used in the process of producing braille documents ~

A Page of Braille to Proofread

Tools for Braille Creation and Access for the Blind ~

The First Steps in Producing a Book in Braille

There many steps on the long journey taken by a book in print transcribed into braille format. The initial steps include embossing the braille onto plates and creating embossed paper copies for professional braille proofreaders to check for accuracy, using an audio recording of the book for their reference.

The letters PED stand for Plate Embossing Device. Metal plates made of zinc are placed on a holder and run through a giant machine that embosses the plate with the braille transcribed from print text, and stored on a disk. A computer takes the information from the disc created by the transcriber and "instructs" the machine to emboss the plates with that braille, and tells it when to stop to let the machine operator change metal sheets for the next page.

The proof press is a roller that embosses a piece of heavy manila paper with the braille from the metal plate, using great pressure for the transfer. The operator of the proof press uses thick gloves to protect his hands from injury while handling the sharp metal plates.

This "printer" embosses paper with raised dots from a computer document, the same way sighted readers "print" documents on paper with black ink.

Tactile graphics for textbooks transcribed into braille are usually produced using this embossing machine. Creating graphs with clear grids for blind math students to work with is the most frequent type of tactile document

A template for a raised graphic picture illustration is placed on the base of this machine. Over that template a thin sheet of plastic "paper" is placed, and the lid dropped over it. A button is pushed to make the machine generate enough heat to melt the raised graphic illustration into the plastic sheet. That sheet is then given to the production manager to proof and bring it to where it will be included in the binding of the book that it is created for.

The Bindery is the department that binds together all of the braille books once they have been proofread, run through the larger press, and collated into multiple copies. A range of bindings are used, from GBC to more durable board covered in cloth. The larger press can be seen in the video that is featured at the bottom of this hub.

Braille periodicals sent through the mail to readers ~

Putting it all Together

There is a special department at National Braille Press that is made of people who collate millions of embossed paper sheets into braille books, periodicals, and instruction manuals. The sheets are laid out in numerical order, After they are collated, the sheets are folded, the cover is placed over them, and they are checked to make sure the pages are in the order they should be.

Periodicals, such as Harper's magazine are also produced at National Braille Press. Literary compilations, such as Syndicated Columnists Weekly, and Our Special (primarily of interest to women) are also produced there, as are instruction manuals for airplane travelers and computer users. The frequent production of these documents keeps the collating department busy!

Once the periodicals and manuals have been completed, they are often sent out in envelopes through the mail to those who have subscribed to, or requested, them. Smaller documents are sent in envelopes, but heftier volumes are bound with sturdier material and sent in boxes.

Technology for the Blind

Literacy for the blind does not stop at braille. Portable braille writers have been developed that allow blind readers to access the internet, store information, and communicate with others electronically. Instead of a screen with words, braille will pop up on the keyboard for a blind computer user to read.

Watch the video below to learn more about the work of active braille readers who are keeping their colleagues current with the latest technologies, and blazing trails of achievement that inspire those that will follow in future generations.