Caring for Our Children: Importance of Discipline

We live in a constantly changing society. Over decades, I have seen so many changes in the family as a unit, but the biggest changes I have observed are those relating to the role of parenting and the general behaviour of our children. I am old school and was brought up by fairly strict parents in an era when smacking was not frowned upon but seen as the principal form of punishment. Punishment however, plays only a small part when considering how we discipline our children.

As children, we rely on our parents and education system to teach us how to be good and acceptable members of society. Actively religious families may be further supported by their church, to convey the right messages to children as they grow up in society. From toddlerhood to adulthood, the best way our children can learn an acceptable way to behave, is to be taught consistently.

Children observe and mimic those around them, so it is vitally important that parental behaviour reflects the ground rules of discipline that they lay down for their offspring. We want our children to be respectful, polite, lawful, honest, kind, patient and undersanding. Do you show your children these positive attributes?

Sadly, so many people interpret the word discipline as punishment. Discipline should only ever include a form of punishment when all other measures to address the adverse behaviour have been exhausted. There is no point in punishing a child unless that child understands:

This is why smacking is a bad form of discipline. Yes, a slap will tell a child they are behaving unacceptably but it does not explain to that child how to change that behaviour. Smacking encourages fear in a child and that appears to be the aim of most ‘smacking parents’. Their idea is that if a child fears a smack, the unacceptable behaviour will cease. This may actually appear to work in the short term but in the long term it can be produce other child behavioural problems. Violence breeds violence. A smack sends a message to the child that if someone isn’t behaving as they would like them to then it is ok to hit out. They begin to think that differences are resolved through aggression.

Parenting Without Anger Yelling and Spanking

Discipline is about correcting misbehaviour without there being a power struggle, aggression or over reaction. Methods of discipline are adapted as a child grows. The naughty step or naughty chair may work well for time out in formative years but it wouldn’t cut any ice with a teenager! The earlier a parent implements good discipline, the better. From toddlerhood, most children will have outbursts of anger and frustration as they have yet to learn skills to control such emotions. A cool, calm response from a parent is the best way to diffuse the situation. A child will eventually learn the art of self-control if he sees a parent staying in control. This also feels safe.

Good communication is vital and a child responds much better to a calm parent. That is not to say that there will not be times when raising the voice becomes totally necessary. Note, I said raising the voice but I did not say shouting. Shouting exacerbates misbehaviour, as again, a child will mimic and a verbal war ensues. This is negative communication and leads to a breakdown in discipline.

Discipline is also about rewarding good behaviour. If all discipline is of the negative variety, hostility will result. If a child feels they can do nothing right, they may well stop trying to do anything right! They may actually grow up to feel they are guilty and are bad people. This can lead to anti-social behaviour in later life. If they are not shown respect they will not respect others.

There needs to be a good balance of recognition and rewarding of good behaviour with boundaries and limits set for bad behaviour. Reward charts are a great way to encourage goof behaviour from a child especially with a treat as a prize! A day out at the seaside or to a theme park is a great incentive! As your child grows, the limits and boundaries you set from an early age will have a great bearing on the adolescent behaviour.

Most parents believe that their approach to discipline is the right one. There are no rigid rules when disciplining children and many parents will tend to discipline in much the same way as their parents did. If it was good for them then it is good for their children too! There is nothing wrong with this if it is good healthy discipline but sadly many parents may have learned bad habits that can have a detrimental effect on their children. This can be carried on through the generations because many will assume ‘mum knew best’ or just simply don’t know any other way to discipline.

Do you see spanking as a good form of discipline?

Bad discipline can eventually cause behavioural problems in children. Assuming a spanking alone is discipline will not teach children vital self control and social skills.This is not always a parents fault and can often result because of a lack of education or understanding on the parental part. No one hands you a book when your baby is born and tells you how to do everything! Often it is not until a child shows bad or worrying behaviour that a parent even notices their mode of discipline is simply not working. If the parent doesn’t notice then it is likely it will be picked up at school. Feelings of failure can follow and with this despondency, a never-ending cycle of frustration and impatience is created.

Although our children are a reflection of ourselves in many ways, we also have to account for the interference of copied peer behaviour, bad habits that form away from the home and certain personality traits. Bad discipline in the home can however, result in children feeling:

Video Discussing How to Praise Children

Our children need to feel loved first and foremost. If they feel loved, they will then feel they are worthy and have a sense of belonging. They need to feel good about themselves and this is encouraged by way of cuddles and praise. A child who is praised is encouraged to accomplish further. Praise will instil confidence in your child and confident children will enter adulthood with a more positive outlook. A parent who never shows praise can make a child feel they are not good enough, useless or even a failure. Likewise, a parent who shows no warmth by way of hugs and kisses makes it difficult for a child to love and show warmth in return but this can stretch far into adulthood. Distant, cold people are generally speaking unhappy people.

Setting Boundaries for Your Child 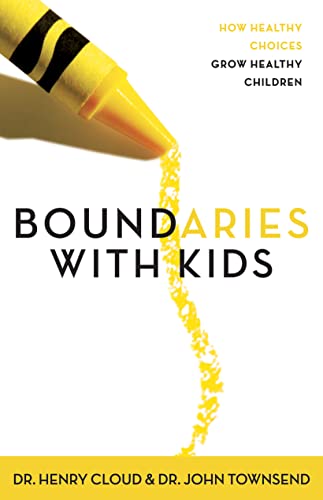 A good parental discipline has the positive warm, praising, loving elements alongside a firm and consistent set of rules, boundaries and limits. There should be room for compromise but there may also be times when being cruel to be kind is necessary to bring home the message loud and clear. Your child may temporarily claim to hate you and act defiantly but a calm consistency is key. Children are cunning and will test you and your rules but the consistency of good discipline will actually make your children feel more secure. I can give you a good personal example of this:

One of my daughters was definitely not a leader and tended to be led astray easily by others. She wanted to attend a local youth club at the age of 14 years but I had heard many reports that illicit drugs and alcohol were being used outside of the youth club. I told her she could not go and why I didn’t think it was a good idea. Of course she argued her case but I knew my decision was in her best interests and stood my ground. She didn’t like me for it but years later we had a conversation about this. She actually thanked me for protecting her and said she felt safe growing up with a parent who consistently exercised discipline such as this.

Children will benefit from rules and schedules. Set bed times, set times to come in from play and even eating at the same time each day will enforce a feeling of reliability to a child. Knowing what to expect dispels a feeling of insecurity. A child will take this sense of order into adulthood.

A child who has no boundaries, rules or discipline and has a free reign, may be the envy of his friends but will grow up to think his behaviour or actions are of little consequence to himself or others. This child knows no limits and his self-control will be questionable.

A Word on School Discipline

There will always be good and bad parents who exercise good and bad discipline, and of course there needs to be good discipline in schools to compliment good parental behavior. There will always be naughty kids but much of or anti-social behavior, criminal activity and disrespect for society are often rooted in a lack of consistent discipline during childhood. More mothers work than ever before and are simply not always around or are too tired on coming home from work to parent efficiently.

The computer has much to answer for as more and more parents chill out browsing the internet. Gaming isn’t just a child activity and many parents spend hours playing video games or online games, perhaps not even realizing how much quality time with their children is being lost. There is little point putting a limit on internet use for your child if you are not prepared to do this yourself. Ignoring a child is so detrimental to a healthy parental relationship and is a bad form of discipline. A good parent will exercise -