Children's stories online are a wonderful resource that you can use to find stories to tell children. The story of the two silly goats is one such short story for kids with a moral. Stories are almost universal - and almost universally loved by kids. Most kids love to be told stories, story time is often a lovely time for children. Each nation and culture has its own stock of folk tales and although there are thousands of children's story books published every year, many of the evergreen favorites of children through the ages remain. Perhaps the stories our parents told us are the ones we tell our children today!

However there is one great difference today - the internet. There are a huge number of children's stories online - a great and varied choice for us. Many of these have attractive pictures too. Short stories for kids with pictures hold greater appeal among many kids. Short stories are often loved by children as they may lack the patience to go through a long narrative. Pictures are great because even if kids don't understand some words they can enjoy the pictures and often get a grasp of what is happening from the visuals. Many of the children's stories online have illustrations and may appeal to children.

Once upon a time there lived two silly goats in a village. They were just like any of the other goats, but they were both very vain and proud. Each of them thought themselves to be very great and thought the other to be lesser than them in every way. The two silly goats were so proud and vain that often their pride clouded their common sense.

The village was a lovely one, and a beautiful river flowed past the village. There was a bridge for those who wanted to cross the river. But the bridge was very narrow. It was so narrow that only one person or animal could walk along the bridge at a time.

Now, usually since it was not that long a bridge, it was not a problem. If two people came to the opposite ends of the bridge at the same time, one would just wait a minute until the other one crossed over, and then they would cross over safely. All the animals of the village also followed this common-sense protocol.

The proud goats meet on the bridge

However these two silly goats were quite different! One day they both happened to come to the opposite ends of the bridge at the same time. Although they saw each other at the opposite ends, they just continued to try to cross the bridge at the same time. Each in its own arrogance thought they it had the right of way and that the other goat should yield way. Naturally the silly goats met in the middle of the bridge. And what do you think happened?

Each goat refused to budge. They both stood their ground, neither wanted to backtrack and make way for the other. "Hey, you," cried the first goat, "get out of my way. Don't you see I am trying to cross the bridge." "You silly fellow! Who do you think you are talking to. You make way for me at once," cried the second one. They yelled and traded insults. Soon they started pushing each other

Moral - Pride goes before a fall

As the two silly goats started pushing and shoving each other, they got into a big fight right on the narrow bridge. They both fell down into the river.

What is the moral of the story of the two silly goats? Is it that pride goes before a fall, quite literally here! In any event we should never be vain or proud.

Kids stories as animated videos are very popular among preschool, kindergarten and older kids. Stories with pictures for kids, moral stories for kids and a whole host of popular tales like the Aesop's fables, Panchatantra tales, Jataka tales, stories from the Arabian nights, fairy tales, folk tales and more - all are wonderful to watch and experience as kids videos. So not only children's stories online but kids videos online offer a great resource to those who want to tell stories to kids.

Click here to see some preschool and kindergarten videos

See the story of the two silly goats as a video below. There are also a couple of videos of other moral stories (kindergarten stories) for kids that may be interesting. These are stories from among the large number of children's stories online.

The fox and the crow - small story for kids video

The fox and the stork - small story for kids video 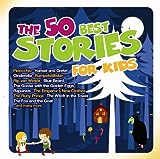