Mazlan has an affinity for trivia and fun facts that he loves to share with others.

Elephant is one of my favorite animals and I am sure it is yours too.

Despite being the largest mammal on land they are a peaceful and gentle animal. They have captured the heart of almost everyone and any stories and facts on elephants will be listened to with curiosity.

The following information on the elephant is unique to Asian elephants, but African elephants do share some of the traits.

Share these facts with your children during mealtime, when driving them to school or when out shopping. You can even use the information and make up your own story for their bedtime story.

When I studied in the UK in the early '70s, I used to tell my British friends that in our village we had elephant egg omelet for breakfast. It tasted great and the serving was big enough for the whole village. They actually believed me!

Of course, an elephant does not lay eggs and there is no elephant egg omelet. Elephants are mammals and do not lay eggs.

My gullible British friends somehow believed me. They studied engineering, so you cannot blame them for being so trusting.

Try this story on your kids or your drinking friends. I am not surprised if they believed you.

If you grew up with Disney's Dumbo, you probably think elephant can also fly (and lay eggs!).

No, they do not fly. Their ears and body are not designed to be airborne like Boeing's Jumbo. It is, however, an interesting thought. This will allow them to fly away from their cruel owner! We will read more on this, later.

Elephants Are Scared of Mice

This is another misconception and wrong information that was ingrained in our mind. Nope, elephant is not afraid of mice. You see that only in the movies, actually in cartoon films to be exact.

It had been said that elephants are the kings of the jungle and have no natural enemies, so there is no reason for them to be afraid of mice!

Several studies were conducted to ascertain this and many of these findings busted the myth that elephants are scared of mice.

Let us now move on to real facts.

Elephants are among the most intelligent animals on land. Elephants raised in captivity have shown to understand more than forty human commands.

Do you know that elephants can recognize themselves when seen in mirrors? They know that it is their reflection and not a reflection of others. Only species that show complex identification and sociability are able to do this. This shows how intelligent they can be.

This is mainly due to the shape of the elephant's brain, which is similar to human and dolphins. Studies had proven that this shape is able to analyze complex command.

Despite being big and bulky, elephants are good swimmers. In fact, they can swim underwater like a submarine without having to go up for air for a long period.

Do you know why?

They use their truck to go above the water surface for fresh air!

Unfortunately, they cannot jump or gallop.

Elephants Have Weak Back

Being big and bulky does have its side-effect and it is probably due to these that elephants have very weak back. They cannot carry heavy weights, at most, only 220 lb. (100 kg).

When you see elephants paraded with rattan or sometimes steel seat, which could weight 100 lb., please do them a favor. Do not go for the ride. You could be weighing 100 lb. and your husband or wife another 100 lb. These in total will be in excess of what they are capable of carrying.

Besides, the correct way to ride an elephant is on its neck, not on the back.

Elephants, just like camels, have long eyelashes and will help protect their eyes from the blowing sands, dust and dirt. These eyelashes can measure up to an incredible 2.5 inches in length. Besides being practical, it makes the elephant looks cute and pretty!

Elephants are also the only animal with three eyelids. These are the usual lower and upper eyelids. The third eyelid, which moves vertically across the eye, will protect the eye when feeding and bathing in the water or even in sand.

The best part of the elephant anatomy is the trunk. Do you know that elephant truck is a nose, a hand, an arm, a voice, a hose all rolled into one?

Elephant will use its trunk to stroke and caress its baby or mate. Explore new areas for food and will use it in defense, when fighting with other animals.

It used the trunk to communicate with other elephants sub-sonically over great distances.

It is super strong, can tear trees to shreds and can lift weight up to 550 pound (250 kg). This is like lifting five Justin Bieber!

It is also super sensitive. It can pick up small object like needle with ease, which can be difficult even for some of us.

Idioms & Phrases with the Word Elephant

Despite having hard sole to walk over rough terrain, elephant's feet are actually very sensitive. It can detect seismic vibrations such as earth movement and movement of other animals.

This special sensory function is also present in most animals, not just elephants.

This is the reason many animals were able to escape and survived the tsunami that claimed many human lives when it 'attacked' many Asian countries in 2004.

In some Asian countries, elephants were hunted, caught and trained for logging activities. When not logging, the elephants will be taken to the cities to do tricks or beg for food.

This will earn additional income for the mahout, but it is no fun for the elephant. Walking on the hot tarmac surface in the busy cities can be painful on their soft and sensitive feet.

When you see elephant swinging from side to side and trumpeting, they are not dancing or singing. This is also not a sign of happiness or joy either.

They are actually displaying their fear or anger. They will also do this when they are depressed.

Does this sound familiar to some parents? 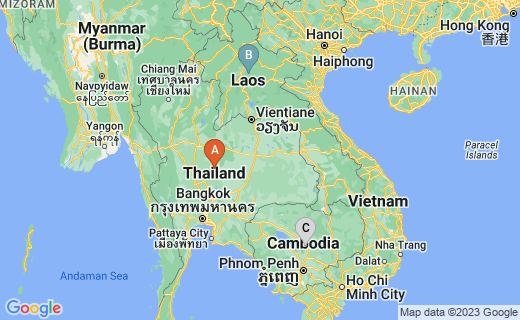 Many years ago, elephants were war machines and fought in many battles. They were in fact terrifying and formidable tanks and will smash through many barricades.

They were also revered by cultures in Thailand, Laos and Cambodia as Gods and have certain status symbols.

You may have heard of Civet dung coffee, the coffee that was 'produced' when civet picked and ate the best coffee bean from the tree. Unfortunately, they cannot fully digest the fruit and out it goes through its poop. The 'processed' coffee bean is then picked and brewed as civet coffee. It is expensive and can retail at US$30 a cup.

This is old news. The latest news is elephant dung coffee. It is produced the same way as the civet dung coffee, but more expensive at US$50 a cup, making it the most expensive coffee so far!

It is currently available only at Thailand's Anantara hotels in Thailand and its branches in the Maldives.

In Thailand, Laos and Cambodia, elephants are revered for many centuries and are an ancient symbol of culture and religion. They will hold special festivals and celebrations in honor of this great animal.

In Thailand, the Annual Surin Elephant Round Up Festival will start with a special breakfast spread for these elephants. There will be other activities including elephant football matches and of course, the highlight of the show is the medieval battles. This is the battle where both sides will ride on their elephants and fight each other.

These elephant festivals are also held in Kerala and Jaipur, India.

Should these poor families be given other jobs and keep the elephant as well?

Despite being a revered animal, elephant in countries like Thailand, Laos and Cambodia, is put to use to pull timbers from the jungle.

Mahout and Elephant are Trained at Young Age

Mahouts will train the elephant from young and develop a lifelong relationship with their beloved animal. In fact the actual training for both the mahouts and the elephants will start at their respective young age. For the mahouts, it will start when they are about to learn to walk and talk. Their parents will take them to the elephants and let them interact with each other.

A young mahout, after the training and supervision, will finally be working with a young elephant once he reaches 15 years old.

They are usually from poor families and their livelihood depends on income from the timber industry. They will be paid according to the number and length of timbers pulled from the jungle.

Out of desperation, the mahout will overwork their beloved elephant to earn more, for their growing families.

Keeping and maintaining an elephant is not cheap and some mahouts will sell their 'pets' to raise more cash.

The new owner, which is usually a businessperson, has no emotional and special relationship with this new 'acquisition'. They will hire unemployed mahout to overwork this elephant to raise as much money as possible. Although elephants are capable of pulling heavy weights such as timber, they can only do this to a certain extent. They have weak backs and more pulling every day will just break their back.

At the end of the day, the elephant will be too tired to do anything including copulate, which will result in lower birth rate among the domesticated working elephants.

How Can You Help

You can help by not buying any elephant products such as ivory and hide, etc. You can also help by adopting a baby elephant or made donations (your time or money) by visiting these sites