Marissa is the writer of ThePracticalMommy and the blog Mommy Knows What's Best. She is a stay-at-home mom to four and was a teacher.

Family History--Knowing My Nona: A Poem

Birthplace of My Great-Great Grandmother: Italy 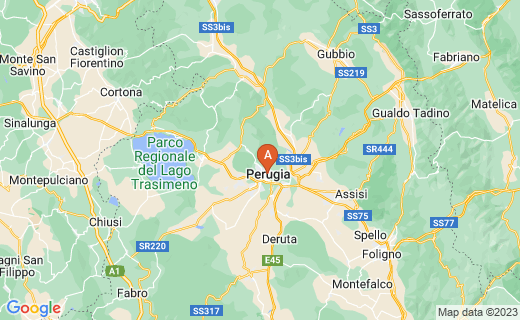 How far back can you go in your family history?

Nona was a little lady. Barely 4’11, she proudly was everything her Italian genes allowed her to be. Even as a child, I remember that she was little, even though I was small myself.

Mariana, my Nona, was born in 1894 in Perugia, Italy. After she married my great-great grandfather Giovanni around 1914 or so, she had two little boys, one of them being my great-grandfather. Giovanni left Italy to visit the United States, hoping to find work and a home, which he did. Soon after, Mariana and her two small boys left Italy and journeyed to America on a cattle ship.

Mariana stayed home with the children. The family grew here in America; three girls and one more boy were born, making the family of four into a family of eight.

After living in the States for a while, tragedy struck. As it was nearly everywhere, near the coal mines there were train tracks. One fateful day as he was working, Giovanni noticed two dogs fighting on the tracks. Having a big heart and not wanting to see an accident occur, he went on the tracks to separate the dogs. He was too late, and didn’t notice the train was right there.

The family of seven was without their father.

Mariana never gave up. She raised those children to be hard working and proud, thankful of the opportunity God gave her to bring her family to America so that they could live well and be happy together.

The Family Tree Continues: My Great-Grandfather

My great-grandfather, Mariana’s second son, became a baker and was successful with his bakery until his asthma could no longer take it. He and his wife, my great-grandmother, moved back next to the homestead where they raised their family. They had five children, one of whom was my grandmother.

My grandmother became a nurse. She and my grandfather moved to his home state, where they had their three children, one of whom was my mom. At the same time as the flood of ’72, they moved back home, building a house across from her father.

My mom and dad married young, and had five kids, the first of whom was me. While she went to school to be in the pharmaceutical industry, she instead chose to stay home with my siblings and me. When I was fifteen, we moved to a house down the street from the homestead.

Moral of the story: Family always brings you back home.

So many people today spend time and money searching online for their family history, hoping to find clues into their family trees. They search for older generations, those that have passed on, looking into their stories and their connections.

My kids are blessed as well to know three grandparents, and three great-grandparents. It's really neat to see how my parents and grandparents interact with this new generation.

Here are some of the benefits of knowing living memebers of the older generations:

My Nona and I

When I was born, Nona was 89 years old. As I said before, I remember her as tiny little lady, even though I was a small child. What I loved best about her was that she always smiled—and she loved to cook and attend our large family parties.

Anytime I went to visit her, she greeted me with open arms and a huge smile. She couldn’t really communicate, never becoming fully fluent in English (back then, everyone in the town was Italian), but her smiles and nods said it all. Anything she wanted to say to the family she said through her daughter with whom she lived, my great-great Aunt Mae.

When she did speak directly to me, it was usually this: “Gooda girlie, Marissa. Eat. Mangia.” She would then hand me a cookie.

She was always cooking, always baking, and boy was she good at it. She often used only fresh ingredients from her garden in her backyard.

Nona lived to be 101 years old. She was still in her right mind and up until the very last few years of her life, she was very active, taking care of her house and doing her own cooking.

She died a few months shy of her 102nd birthday. I was only eleven years old, but I remember everything clearly to this day.

I am very blessed to have known my Nona.

Write Down Your Family History!

If you have family members from older generations, it would be an awesome benefit to you and the younger generations if you knew more about your family history.

How do you do that? Simple! Interview your older relatives and either record or write down what they say. Ask other members of the family to contribute by adding their own perspectives of the events that happened. When all is said and done, make copies for each generation of the family to pass on and add to.

How to Find Out More about Your Family History