The History of Names in Genealogy

One of my favorite hobbies is genealogy research. There is quite a bit of work involved with this hobby, but well worth it. Something I find really interesting is to see how the names have changed throughout the centuries and have become family names. I’ve learned that words like “ap” or “de” preceding last names, usually means “of”, and the last names are the areas they’re from or the names of their fathers. For example, Avelina De Ros, means Avelina of Ros. Ros is her father. Margaret de Gloucester means Margaret of (or from) Gloucester. My favorite name was Isabel of the Scots. I believe that this is how “last” names came to be, once the world became more populated.

In some cases, a nickname was used to identify someone, such as William the Lion, and Humphrey the Old. Other nicknames were impressive, and some of them were not; I prefer to talk about David the Saint, or Edgar the Peaceable, than Ethelred II the Unready.

It’s also interesting to see the age differences between husbands and wives. Some of the husbands married teenage girls when they, themselves were in their twenties, thirties, and even forties. Some people didn’t have children until they were in their forties. However, other information shows many couples who were close in age, and many couples who had children as teenagers, or in their twenties.

What I found fascinating was that some ancestors married into their own families. Obviously the children of Adam and Eve had to marry each other; but as late as 1750, Daniel Boone (not the American Pioneer) married Sarah Boone, his second cousin. Families that were joined by marriage usually had more than one tie; siblings from one family would marry more than one sibling from another. For example, John Moss married Martha Barnhart. In 1834, Martha died, and in 1837, John married her sister, Barbara Barnhart. Hannah Boone married Smith Coffey 1802, and Anna Boone married William Coffey in 1804; two brothers married two sisters. This was very common in the American Colonial Times.

Many families changed their names when they immigrated to America, for several different reasons. One example is the Schneider family of Croatia. I realize that Schneider is not a Croatian name, but it is, however, a Croatian profession. A Schneider in Croatia means tailor. When members of this family arrived on Ellis Island, they did not speak English and misunderstood when asked for their names. They stated their profession, “Schneider”, and now that is the family name they are known by in this country.

Where You Paying Attention?

Each color and symbol in a family crest represents a trait of that family. The colors and symbols can also represent what country, territory, or another part of the world the family is originally from.

You can find family crests and many other items on Ancestry.com. This website is absolutely wonderful making it easy to search and find your ancestors.

How to Do Everything: Genealogy, Fourth Edition
Buy Now

Thank you so much for your interest in my hub. Your opinion is very important to me. Please feel free to leave a suggestion, comment, or constructive criticism in the comments section below. 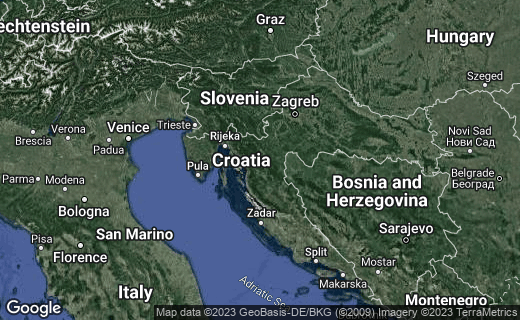