Maren has taught pre-school through college. She loves the wonder of learning.

I just drove 536.6 miles to and around the county that generations of my ancestors called home. With the help of relatives, the Internet, and the local genealogical society I found the resting places and house locations of many of my forebears.

Before there was Internet, and therefore before on-line census records, on-line cemetery rolls, or Ancestry.com, I was the one family member who wanted to know about my family’s past. Back in the late 1970’s and early 1980’s, I interviewed my two grandmothers on a cassette tape recorder. (Both grandfathers had passed by then.) It fascinated me to know how these women had functioned in their daily lives and how they viewed the events worthy of our history books. I guess I have the genealogy gene.

In general, I think there is no correct order or approach to learning about one’s family. That being said, if you are similarly interested and starting out – please interview your family elders now. Tempis fugit and I predict that they can tell you stories which will delight and surprise you. An audio recording device or movie camera is not necessary. Some of my best information comes in letters from my paternal grandmother answering questions I wrote her.

A first cousin once removed (he is a generation older than I) also did genealogical research in the 1980’s. He generously shared all his information and I will be preparing quite a package for him. If you’ve got it, share it! Plus, the whole Internet ancestry business permits subscribers to post inquiries about a forebear, hoping that an unknown distant relative will see it and respond with exciting new data.

Wherever your people are and whenever they stayed there, you will probably need to learn some history and geography of the region. Why? Whether your ancestors are the “original people” or later invaders, human beings tend to try to dominate others and rename places. They also change the political subdivisions. For example, the county I searched had earlier been included in varying configurations of the territory with two prior names. If you are searching in the United States, county designations are often used as reference points for birth, death, census, and military records. One needs to know which county name to use for which decade of time.

Additionally, if you think your family includes immigrants, a knowledge of history helps. On the east coast of the United States, many cities were ports of entry long before the famous “Ellis Island” of New York opened. By knowing when various immigration entry ports operated and an approximate time window when your ancestor arrived, one can save time by avoiding needless searches. (Although I certainly have done my share of that!)

If you have a hankering to actually visit family sites, a local road map is fantastic. In my case, I do not own a GPS driving device or a smart phone with similar capabilities, so I obtained a detailed paper city map from AAA. It was not always as detailed as I could have gotten from zooming in with Google or Mapquest, but it helped. In my road trip, I was focused on the southeastern quarter of the county in which a few relatives currently live. However, they do not work, shop, or travel there, so we really were relying on the maps. (No criticism intended here; there are parts of my county of residence which I barely know.) If you do own a GPS instrument, sometimes locations will be described with those coordinates. Lucky you! 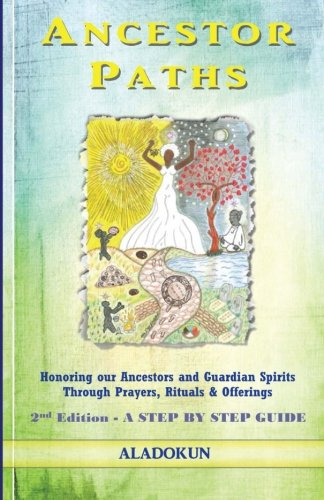 In this regard, I was a bumbler. If I had taken the time to prepare more materials and questions in advance, I would have obtained the phone numbers of the cemeteries that I knew held some ancestors and gotten confirmation of their “residence” and the locations. Because I was not, my aunt and I stumbled and bumbled around, but luckily found most of who we wanted. My hope was that I could break through to an earlier generation (that’s what we always want, isn’t it? Just one earlier set of family members….) buried in the same area. That did not happen for me.

Here, the local county genealogical society library saved the day. I had two possible names for a cemetery which holds members of the “next to earliest generation” of which we know. This library had copious books of cemetery names, traditional and GPS directions, and –wonderfully- often a list of the deceased resting therein. Sometimes these lists dated back to collection by volunteers in the 1940’s! This is invaluable because headstones and markers wear down in the elements, break, or are otherwise unreadable. An earlier survey attests that your family is there.

Churches and places of worship come and go. They lose so much of their membership that they are “de-commissioned” or merge with another church to remain viable. Names change – both of denominations and individual places of worship. If you can determine the flow of a denomination’s name changes, you will be a step ahead as you search through marriage, baptism, confirmation, and funeral records. This is important because many states in the USA did not begin compiling centralized vital statistic records of birth, marriage and death until the 1900’s. (By contrast, the baronies of the German culture in Europe were fantastic record keepers for centuries. It must be in their blood.)

On my road trip to the teeny village that none of my relatives knew existed (“Are you sure?”), we stopped at each weentsy church to read its denomination and decide whether it was a possible successor.

Yes, I did prepare for this trip, but not enough. Another “shoulda, coulda” was to phone the genealogical society before embarking on my adventure. So, the bad luck was that on the second of my three days out there, the society’s library was closed. This could have been so easy to learn beforehand for planning my schedule. However, it was open on my last half-research and travel day.

Incredibly good luck: this was a very comprehensive library and filled with competent volunteers. With their help, I found the exact location of that cemetery with my “next to earliest generation.” The day before, my aunt and I had probably driven within eyesight of it. However, since the cemetery had an official-sounding name, I never considered that it might be an ancient family plot in the middle of a dairy farm. But, that indeed is what it is.

The genealogical society volunteer assured me that the cemetery was open to the public. The driving directions were not frightening because the day before I had criss-crossed that part of the world extensively. The directions included driving into the farmer’s lane and passing the barn. It turns out that the plot was a little deeper into the property than that, but it is open to respectful visitors. I was happy to see that a new fence surrounded the plot and hoped it was not locked.

Picture rain, mud, muck, and manure. I thought it was extremely fitting because this generation was listed in the census as farmers. I know no other details – no specific crops or animals. Knowing that the county is in a mountain range, I had imagined what hills an 1880 census worker would walk through to talk with my forebear. This cemetery rests in the valley of pretty much what I had envisioned.

The closure on the gate was easy to decipher and I took good care to fasten it behind me after I entered. The data at the library indicated that since this is a family plot almost everyone there is probably related by blood or marriage. Many surnames I’d never heard were engraved on stones. Then, it happened: the “OH, my goodness!” moment. I found the headstones of my great-great-grandpa and -grandmother side by side. They are in fantastic condition. I took many photos at many angles and also took enough perspectives that will hopefully enable my local relatives to find it.

Furthermore, I walked up and down the rows in the rain, looking for any other known or likely family members. So far, I have been a little lazy because I collect information linearly, and don’t trace all the side branches and siblings. However, I will change my ways, because there can be a wealth of information there.

As I photographed other Morgan headstones to research later as potential cousins in the same generation as my great-greats, I had another discovery. THE EARLIEST ONES. Yes, the earliest Morgan we know in our line and his wife are there.

In contrast, these headstones are in much rougher shape. I rued that I did not have tracing paper with me to make a rubbing. But, I was alone, it was raining, and there is quite a bit of lichen and crud to be gently removed. I cleaned a little from Great-great-great-grandma Margaret Morgan’s marker with the plastic cap of a pen. Her mate’s stone was forbiddingly covered, so I did not attempt to clean it. I photographed both and hope my first cousin can return in dry weather to do rubbings. However, I will return soon.

I wandered about until I was satisfied and then gave the stones of my great-great-grandparents a love pat because they nurtured the grandfather I did know. Then I locked the gate behind me.

Hopefully, my mixture of advice and experiences is realistically encouraging. I have been pursuing this information on and off for many decades. Apparently, genealogy is now more attractive as a leisure pursuit because information is within reach in online databases. I have not described all the avenues for gathering information, but the above is a great start. However, interview your revered elders NOW! 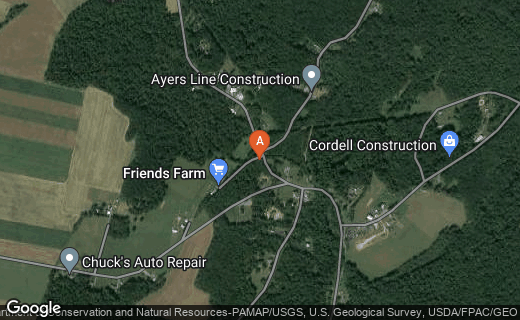 Some of my family lived and died out in the middle of nowhere.