Gypsies, but sometimes Thieves! (But only Funny things!)

The things we do to make some vonga (money)

I was looking back and smiling to myself at some of the things we used to get up to. We were always broke and looking for a way to make some money. But some of the things we go involved in were not only stupid, but downright dangerous! We were living in a small dump, yes I said dump, it was a halfway house between living in the caravan and trying to get a council house, and the council decided that it was fine to put an asthmatic and a baby in a place with asbestos roofs, walls that looked like the brick walls in jail, and a 'fireplace' that looked like something out of Victorian England. You opened the doors, which were black thick marble looking things, and lit a fire, which caused smoke to fly around the room and suffocate you. When I went to bed, in the one and only bedroom, we had to share with my son who was a baby, the window ledges were very thick, like a prison, and cracked, and on the ceiling, so many times I can't remember how many, you would see shadows moving and coagulating in patches. These were not shadows. They were spiders! It was appalling. It would not be allowed now. When I called the local paper about it, they never even came out, they just reported it in the paper as 'a two bedroom flat' and what were we moaning about? Anyway, I am getting off the main story.

On a cold snow covered night in the middle of winter, with three foot of the white stuff outside our front door, Jake said, 'You know that shop through the park, the one that sells gas bottles and water tanks? I thought, 'here we go.' Well did you know that the shop is now empty? and I think he's left a few empty Bottles around the back,'

Great I thought, empty Water tanks were huge, and would fetch a lot of money at the scrap yard. Then I thought, 'Oh no, he isn't expecting me to go traipsing out in three foot of snow to go and help him, is he?'

Luckily he decided that he didn't need me, so pulling on his coat and gloves, he crept out the door and headed across the road. Now our 'house' was opposite a park, and to get to the shops, you went through the park, out the other side, and there was the shops.

I settled in to wait.

A couple of hours later, I started to panic. where the hell is he? I peered out the window, the snow was falling in thick sheets and I couldn't see a thing. Suddenly out of the mist and whiteness, I saw a figure rush by on the road. I thought 'what the hell was that?' It looked like a mister man, you know the one's I mean, big head, little arms no neck? two seconds later, after he or it had disappeared, another man rushed around the corner, screaming his head off.

'Come back, you thieving bastard, come back!' I began to feel uneasy. This ain't right, I thought. What the hell is going on? checking my son to make sure he was asleep, I opened the front door, just in time to see Jake rush past me the other way, carrying a very heavy water tank, and in his wake, an irate giant of a man, rushing towards him, waving his arms about madly.

My blood ran cold. Well I was bloody cold anyway! freezing in fact. I hissed at Jake. 'Jake. Jake, for Christ sake, what the hell are you doing?' Then the hiss turned to a yell. 'JAKE, come inside and stop making a ass of yourself'

But of course he couldn't, the man was still chasing him. I had to cause a distraction. But what could I do?

I spotted an old bike outside, a small child's trike kind of thing, and without thinking about what I was doing, I picked it up, swung it with all my strength and threw it towards the yelling man. I didn't want to hurt him, just distract him. But I misjudged the angle, and to my horror it fell straight in front of him, He saw it, Too late. His arms started flaying about, his body pitched forward, and to this day I can still see him tangled up in the kids little bike! In the dark all I could see was a fat man, drapped around a red thing in the white snow! Funny how you never forget that! Of course he couldn't get up, because of all the ice and snow. So he just lay there yelling and cursing. Jake, by this time had legged it around the back of the buildings. I, meantime was caught like a rabbit in the headlights!

'What did you do that for?' the man yelled.

'I thought you were a burglar trying to mug someone, I was only trying to help' I stared wide eyed, using all my charm, and my skimpy nightie didn't hurt either.

He peered at me, and said 'Can you give me a hand up, that son of a bitch just stole a water tank off me!

I replied 'Sorry, no clothes on, but would you like me to call the police? I was crossing my fingers by this time. 'No, forget it, he's got well away now'. He staggered to his feet, and turned to me. ' Did you see which way he went?' he asked. 'No, I said, 'I only saw you, chasing what I thought was a mister man!' No I never said that! But I wanted to! I said instead, 'No, sorry he was too fast for me to see where he went'. Coward, lying to the poor man!, 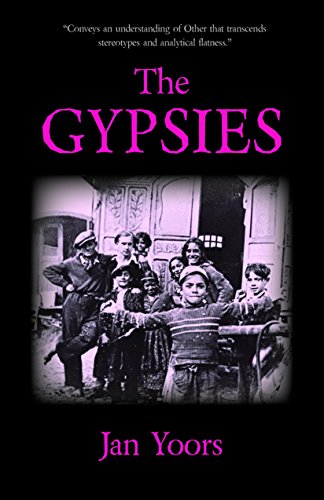 Not sure if Jake looked like Mr Grumpy, or Mister Fussy!

I went back inside. Jake was sat on the arm of the chair, laughing. 'get us a cuppa, will you? I am knackered' I looked at him. 'you said it was empty, you said it was going to be a doddle, easy bloody peasy, what the hell happened?'

'He came back to get something, and spotted me around the back, with the water tank on my back, and I scared the crap out of him, you know the rest'.  Have you ever seen that cat in Shrek, when he puts on that little boy lost look? Yep? that was the one. So there I was, aiding and abetting a thief, freezing cold, shaking through adrenaline and fear, and all Jake could say was,

' Lovely bit a totty, this is gonna get me at least thirty pounds, where;s me tea?'

Welcome to the world of being a Gypsy bride.

I just want to state that not all Gypsy's steal things or 'chaw' things as they call it!, only my husband occasionally got light fingered!