How To Balance Family 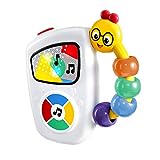 Bringing Equilibrium to the FAMILY

HOW TO BALANCE FAMILY

My grandson during his summer vacation spent some time with us. He always tells us how he looks forward to doing so. I am pleased because I find it quite interesting that at his age, in this day and time he continues to value the time he spends with us. I observed as he enthusiastically watched the reality show called “Wife Swap.” He will be attending High School when he returns to school for the very first time this fall. So it was interesting to see his attentiveness while watching.

This particular episode really got his attention. In this episode, there were two families which were quite polarized which was pretty interesting in itself. Their values were so significantly different. One family had absolutely no rules or etiquette and the other family lived just about each and every moment by rules and were rewarded accordingly. After watching the program he asked me if I would "please write an article on balance?" So here goes it…

Here is a little insight as to what was going on within the families. The family which was totally without rules had two young, grown carefree children; a girl and a boy. They both also had live in partners. No one cleaned up regularly, all the food was bought already processed. There were frozen pizzas galore and there was oodles of leftover food all about their home. It was unorganized and just plain messy there was no apparent structure. None of these grown children worked.

This was true of their live in partners as well, which were considered as part of the family. They all simply and basically, indulged themselves in whatever suited their fancy, from getting their nails manicured, playing video games, sleeping well beyond noon after a night of all night partying right along with their parents. There were no boundaries.

The father was a smoker and mentioned on many occasions that they believe in living for now. He just wanted to be a friend to his kids. He had missed a lot of their growing up years and feared what if he died…? The mother handed out money to them left and right to do as they pleased. The son was a smoker as well and a so so avid “wannabe” rapper. His obscene X-rated rapping was showcased at these nightly parties. He was attempting to become a professional uncensored rapper? The producers simply bleeped a lot of the words out of the show. The parents funded all their activities and were very involved in their lives.

The other family was totally opposite. Their three sons were responsible, helped in all the chores both inside and outside on the farm. They were intelligent, courteous, academically diligent, respectful, and worked when they were not studying or practicing on their instruments. There was very little time for fun and games. No television, or video games allowed. They earned their privileges by use of a marker reward system. It was posted for all to see and for each task completed it was recorded and they were subsequently rewarded a marker. They ate all healthy organically grown home fresh unprocessed foods. Before dinner they all actually sat down together and sang a prayer in unison. Their home was extremely organized, clean, neat and tidy.

Just in case you don’t know during the first week of “Wife Swap” the visiting Mom has to participate in the family and go by the other Mom’s rules. Each Mom leaves a notebook that is read by the other Mom, describing in detail their family values and their reasoning’s as well, along with their daily routine that must be followed. They are then introduced to the family.

The rules are; each Mom has to or is supposed to follow the other Mom’s rules for one week. After this time period the visiting Mom is then able to implement her own family values and impose her daily routine upon the family she is visiting with. It is also at this “rule change” time the visiting Mom shares her grievances, observations and dislikes about the family dynamics of the family she is visiting with. The other Mother Now, in fact is going to lay down the law of her choice and toss their laws out of the window and implement her rules of choice. It can and does get pretty heated during the course of the show.

Observing others has its benefits

The interesting thing about this reality show is the families allow us to see the inner workings of their individual households. How they respond when they are frustrated or angry and how they handle it gets quite interesting. It really is and could be used as a wonderful educational tool? Regardless of what one thinks each family has the right to decide how and what they want to do in their own homes. So for affording us all this opportunity I think they need to be applauded.

One thing that is quite evident the other family usually gets quite insulted when it is inferred that their household is void in any area. This is true whether the children are young or old. No one really likes someone coming in and telling them what is all wrong with their own home. But one can objectively look and see when the families are so polarized that there needs to be a healthier balance on both sides.

Each Mother experiences a great deal of anxiety being away from their family and their homes. Living in someone else’s environment that is totally opposite of what you are accustomed to is not easy. In some cases it is quite painfully traumatic. This can be extremely difficult, especially when initially you have no choice or say so as to how things should go. Living with another man as the other wife is no bed of roses. In most cases absence does make the heart grow fonder!

There are lessons learned by each mother. Whether, if it is just simply things that they never thought about or realized? Both mother’s now appreciate their own family that much more. The husbands have a hard time as well adjusting since they miss their wives. They are accustomed to things being a certain way. Yet, they are given an opportunity to see a contrast a well. If they have been taking their wives for granted, or if in fact they have an unrealistic set of expectations , or if their wife or children were self indulged, or if their household was too rigid or too lax or too…. The noticeable need for healthier boundaries and balance becomes evident. There is an endless list of the viable possibilities. It really can be a great learning experience.

After each family spends time together, all the spouses sit down together across the table and have a “powwow” to share with one another how they felt about the overall experience. What they did not like or felt how they were disrespected, insulted or mistreated or what they feel are problem areas? This gets very interesting as insecurities and emotions arise, it sometimes gets pretty intense. (See part II)