Two of my Sisters

I am the second of six siblings. I love each and every one of these siblings. They are all special for one reason or another.

LaRina is my “baby” sister. She is not the youngest of my siblings, but she was for so long that she is still “the baby.”

But that is not what happened. She became my second best friend. She was the one I could show off to my friends when she was older. She was my adorable, sweet, cuddly little baby sister…

LaRina was very daring when she was little. At two, my father taught her to ride a motorcycle. This was also about the time that she also learned how to do little tricks-like a cheer that she did when she would jump straight into the air and land on her bottom on the hard ground. She was also one of our little group of sisters that performed for our neighbors across the street - the men and women that worked in the dairy and the cement factory…

As we moved around in our childhood, I could always count on LaRina to be there. I tried my best to be a good big sister and take care of her. But she was always more independent than I was. At times during our childhood, I felt as if SHE were the big sister…I sometimes felt that she was taking care of me.

When we lived in a small house on the outside of a small town in Kansas, we became closer. After our father died, my older sister, LaDonna, drifted away for a short time. LaRina and I had our own adventures. We met great friends and formed “clubs.” In the orchard across the street and the creek down the creek, we built forts and clubhouses with our friends. We learned to smoke there. We learned to cuss. We learned how to make our own (bad) decisions.

One of the adventures on the creek involved our friends, Jerry and Randy. They had made or discovered a “boat” made from two old car hoods. We decided to see how far down the creek we could make it in this boat. The water in the creek wasn’t that deep, only to just below our knees. We found sticks or something to use as “oars.” We all climbed in one at a time. And the boat promptly sank…We tried again and again and finally….we gave up!

Many adventures had us on our bicycles in the “woods” around the creek and the orchards. We rode up and down those paths, many times looking for “Mr. Big Boots.” Mr. Big Boots was a man that we had actually seen a couple of times, but only his boots. By the size of his boots, this man must’ve been about ten feet tall - at least by our calculations. We believed that he killed all of the stray dogs that disappeared around the creek. We weren’t real sure that he wouldn’t kill us, too. But this made our adventures more exciting.

Another place we frequented was a place called Uncle Sam’s. Uncle Sam’s was a little bar down the street from us. This place was an important part of my family’s lives for many years…it still stands in the same place, and his still the same home town bar. Back then, during the day, they let kids come in to play the pinball machine and a new game called “Pac-Man.” We were there every day during the summer. This is also where we bought our cigarettes for our “parents.”

We played pinball all the time. We decided that we were pretty awesome at this and became the “Pinball Wizards” and our theme song was “We Are The Champions” by Queen. LaRina is the one that named us!

Later, after many more moves, we landed in Springfield, Missouri. LaRina and I were older now. I was fifteen and she was eleven or twelve. We were left alone many times by our mom and cousin, as they delivered new cars throughout the country. Our adventures continued as we explored the town of Springfield. We found the swimming pool where we spent most days, and the mall where we watched many movies together. We also discovered another creek to follow and found an interesting animal that to this day, we don’t know what it was! We also discovered that we had a lot of fun together.

She became quite the woman. She lived through a marriage with an unfaithful man. She had an adorable little baby girl. And she met an awesome young lady that soon became our sister – more about her in a later hub!

She finally divorced her husband when her daughter was still young. She eventually bought herself and her daughter a home in the small town that became her hometown. She did foster care for a while and cared for many children that really needed her. She became a physical therapist assistant and made her life and the life of her daughter very comfortable.

When I finally decided to divorce my husband, she opened her house to me, my daughter and my dog. She helped me through my divorce and helped me find a new home (along with another sister.) She was there for me, once again becoming the “older” sister – more wise and more together than I ever was.

We have gone on adventures as adults, as well. To Branson for a birthday trip for her daughter. To Oklahoma City, just because. To Kansas City to go to the amusement park…just more little trips to extend our adventures!

LaRina may be my “baby” sister – but I still look up to her! 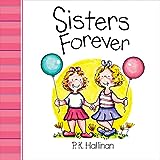