How to Teach a Baby to Read

My daughter’s reading was tested close to the end of Kindergarten. She was reading and comprehending at a 5th grade level. I knew that she was a very advanced reader. And that she read very rapidly, but I was still surprised to find how advanced she actually was. I had assumed she was reading at about a 3rd grade level. My daughter is not a genius. She is not even gifted. She is of normal intelligence. By teaching her to read very early, she has developed a reading ability that most people would associate with genius or giftedness.

Why I Taught My Baby to Read

I used to babysit a six year old boy who had been taught to read at a young age. I never did ask when exactly. His mother simply told me that she taught him early. I was just a teenager, so I didn’t make further inquiries. This boy was a very advanced reader. At the time, I guessed that he was at a 3rd to 4th grade level. He also read with excellent comprehension because he would explain to me what he had been reading.

This boy always stuck in my mind. When I was pregnant with my first child, I wondered if it would be possible to teach her to read. This boy was the son of a lawyer and college professor. I wondered if he had learned to read simply because he was very intelligent to begin with. Both my husband and I are college graduates but are not highly intelligent by any means. 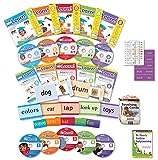 How I Taught My Baby to Read

I went online and searched for information on how to teach my baby to read. I found a series of DVDs called Your Baby Can Read. I first showed these DVDs to my daughter at 9 months. She watched once a day. I always sat with her and made the viewing as interactive as possible.

I was familiar with the debate between phonics and whole language, so I wanted to add phonics to the mix. I did this in two ways. I showed her the ABC section of starfall.com everyday starting at about 14 months. She was crazy about starfall.com and would not let me turn it off until we went through the full alphabet (which took more than half an hour).

I also made PowerPoint slides for her. To make the slides fun, I added cartoon pictures of the things and actions presented as much as possible. I wanted to promote phonics with these slides. Some of the slides consisted of words starting with the same letter. Baby, boy, bird, ball, etc. Others had the same ending: at, od, ar, ip, etc. I also read ABC books and picture dictionaries to her but I mostly referred to the letters by their phonetic sounds rather than their names. I also underlined words with my fingers when I read, so she could follow along.

I used brillkids.com with my second child. It's a slideshow format and is a lot easier than making your own.

Did Teaching Her Require Any Pressure?

Not at all! I actually think forcing her would have been a turn-off. It’s almost impossible to get a very small child to do something they really don’t want to do. They have to want to participate. So, it has to be fun. She loved starfall.com. She loved Your Baby Can Read. She enjoyed my PowerPoint slides but I had to keep them down to a minute. She would lose interest if they were too long. She enjoyed the ABC books and picture dictionaries.

She was reading phonetically at the age of two. I could show her words she had not been exposed to before and she could read them. She read her first board book cover-to-cover with no help a couple of months after her second birthday. We were at the bookstore. This was a book that had never been read to her. So, she had not memorized it.

My second daughter recently turned 3. I used software called BrillKids Little Reader with her because she didn’t care for Your Baby Can Read. She will often spend 10 minutes playing with Little Reader by herself. She clicks through my PowerPoint slides by herself. The fact that she is willing to do these things by herself would indicate that she is getting enjoyment out of them.

So, no pressure was needed. No slowly and painfully sounding out words was needed. My kids learned to read with no pressure, boredom or frustration. They basically soaked up written language. Exposure was all that was needed. They didn't really have to do anything other than look at words.

Some people say that small children shouldn't have to learn and they should just be allowed to play instead. Joan Beck says this in her book How to Raise a Brighter Child:

"But how many children have a life so full of fascinating toys and happy play that they can't spare even 10 minutes for reading? (The Denver reading program found that youngsters made significant gains in reading ability if parents spent as little as 30 minutes per week working with them.)"

The fact is, 10 to 20 minutes a day of fun reading activities can actually make a child's life easier in the long run. They won't have to struggle to learn to read and will possibly read more rapidly, so they can learn more in less time. 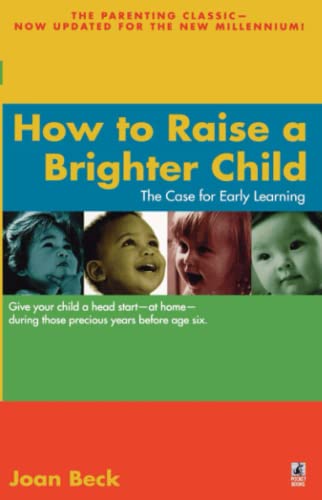 How to Raise a Brighter Child
Buy Now

Can All Babies Learn to Read?

Unfortunately, no research has been done on this even though baby reading goes back decades to Glenn Doman. I think it’s possible that all babies have the potential to learn if taught consistently. But I have no way of knowing. Hopefully research will be done on this at some point.

You may come across “experts” who say that babies can’t actually learn to read. The fact is there are no experts on this subject because it has never actually been researched and studied. These “experts” have absolutely no evidence to back up their claims because there is none at this point. They are making an assumption that it is not possible. I would wager, based on my own experiences with baby reading, that the “experts” are completely wrong.

If you are interested in teaching your baby or toddler to read, Larry Sanger’s free essay How and Why I Taught My Toddler to Read is a good place to start.

Are There Long Term Benefits?

Baby reading has never been researched, so it is unknown if it has long-term benefits. However, a couple of studies done by Dolores Durkin indicate that it probably does. Durkin found that children who learned to read early (3 and 4) maintained their advanced reading skills. In her book, How to Raise a Brighter Child, author Joan Beck said this of the Durkin studies:

"The lower the child's IQ, the greater he profits from having a head start in reading, Dr. Durkin's reasearch also suggested.

Preschool help with reading does not lead to problems of learning in school...None of the children involved in her research had an academic problem. And a majority of the bright preschool readers did better in reading after only five years of school instruction than nonearly readers of the same IQ level did after six years of schooling."

So, it doesn't look like an early reading advantage is lost. I don't use the word advantage here in terms of being better than other kids. I would love to see all children learn as babies, mainly because I believe it is much easier for babies to learn to read than older children. Just like it is far easier to teach a second language or sign language to an infant than to a 5 year old. I mean advantage in that kids can start building a knowledge base at a much earlier age that increases their odds of academic success.