Bray Donkey worked hard. He was employed by a washer-man to carry a whole load of clothes down to the river to wash everyday. Bray was quite a thin donkey (perhaps with all the exercise carrying the clothes!). But he was often hungry. He also thought he could sing. Of course many told him that what he thought singing was really braying, but Bray was not deterred. "They must be jealous," he thought. Bray's best friend was Jacky Jackal who was quite smarter than him. He loved to eat. Bray often spent his evenings whiling away the time with Jacky.

The musical donkey feasts on carrots

One day poor Bray was quite hungry. "Oh! I wish we could get something nice to eat." he told Jacky. "I know just the place where we can have a feast," said Jacky. And he took along Bray to a nearby farm where there was a field full of carrots. It was getting dark and there was no one around. Bray and Jacky went in and had quite a feast. 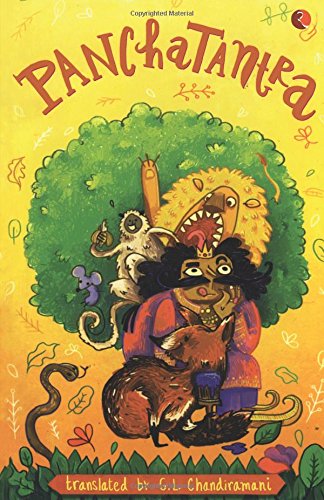 The musical donkey wants to sing

One night when Bray and Jacky had their full of carrots, Bray lifted his head and looked at the sky. It was a full moon night and there was a pleasant breeze. There was a beautiful fragrance from the flower garden nearby. Bray felt very happy and contented. Suddenly he wanted to sing! "There is a treat in store for you, Jacky!" he cried.

"What! Have you found something other than carrots here! Good, I was anyway getting bored of carrots every day," responded the food crazy Jacky.

"No, you greedy fellow. You are always thinking of food! Sometimes you should think of the finer facets of life! What I meant was that I am going to sing. You will enjoy the music!" said Bray.

Jacky Jackal tries to reason with the musical donkey

Jacky was stunned. Could anyone be so foolish!

"Are you crazy, Bray" he cried. "Did you think you have come to a party? You must realize what we are here. We are just thieves here stealing the carrots. If you open your mouth and sing, the farmer will come here. We will be caught. Do think before you act, Bray"

But Bray's mind was set. "You are just jealous of my music. You don't know how well I can sing.I must sing now, it is so pleasant here."

"I don't want to be a part of this," cried Jacky. "Sing if you must, but I am off." So saying, Jacky jumped over the fence to the road.

"Let him go," thought Bary. "He is just jealous of me and my music."

Bray lifted his head to sing. As he brayed loudly, the farmer was surprised. "How did a donkey get into my farm," he wondered."Oh! this is why my carrots disappear every day!"

The farmer came out and caught Bray. He put him inside a shed and bolted it. Then he went inside his house for the night.

Jacky Jackal had watched all this from the road. As soon as the farmer had gone it, he jumped the fence and entered the farm again. He opened the shed and freed Bray. They both jumped out of the farm again.

"We must never come here again," said Jacky. "The farmer will be watching out for us now."

Other short stories for kids

Short stories for kids are welcomed by them; they often look forward to story time. Stories may be read out to children, narrated to them or read along with them. Story videos wherein the story is shown with animation as a video are also quite popular.

Kids may enjoy this animated video of the thirsty crow story

The lion and the mouse - kids story - video