Remember When: A Cayucos Mystery From The Victorian Era 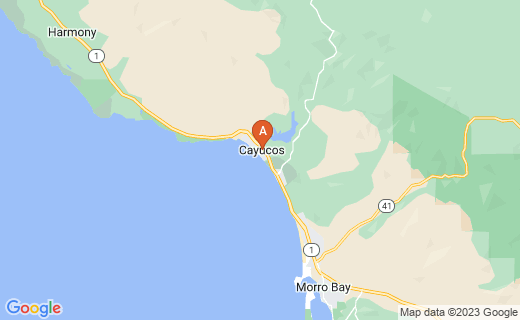 One of the last little sleepy beach towns

Remember When: An antique store in downtown Cayucos, CA.

It's time to stumble through your imagination and take a trip though history. Remember When is an antique store in downtown Cayucos, CA. Cayucos is a quaint little seaside town with plenty of Victorian charm and it is touted as one of California's last great beach towns.

At 152 N Ocean Ave, stands a three-story building that houses Remember When? An antique and collectible store for locals and tourists alike.

For many, venturing into an antique store is akin to fulfilling a little H.G Wells inspired wanderlust. Meaning, the best part of the antique shop experience is the accompanying time travel. Your imagination will fill you up with who had this first, where was it, what did this item experience and see? And who knows what you have? What words were spoken on this old phone? Who listened to this old radio and what did they hear? A speech from FDR? The moon landing? What if this ashtray was once in the Machus Red Fox (google it)? How many generations of girls got ready for the dance at this vanity before it found it's way to this seaside town?

What can be learned about American history and life from seeing it's remnants up close and personal in an antique store versus just watching it on TV?

On a recent trip to Remember When, five pictures were found that tell a fascinating story while leaving a mystery that lets you the reader to fill in and answer for yourself what happened to Papa...

History of the Postcard

Google tells us that there was an indoor shopping mall called the Jenkins-Arcade as well as a Kaufmann's department store in this Fifth Ave area of Pittsburgh around the turn of the century.

Post Cards in the early 20th century, were not allowed to be made by anyone but the United States Postal Service until 1901. The back of this particular one says Post Card, so it's after 1901 for sure... but wait! There's more, this postcard has a divided back, meaning one can leave their note on one side and address it on the other. That wasn't OK by USPS standards until 1907. March of 1907 to be exact.

There will be another Postcard coming up from 1913 that is clearly the same man only a few years older, so if one was to take a stab at and date this postcard, it would be safe to go with 1908.

Here is Papa for the second time. Looking on the back of this one, it shows that this Post Card was taken at 1517 Boardwalk in Atlantic City, NJ.

Fans of trivia, early 1900's history, and Monopoly will recall that Atlantic City provided the street names for the famous board game.

Courtesy of some time spent on Ancestry.com, one learns that the picture was taken by Flett Photography Studio. To be more precise, Mrs. Bertha Flett. In the 1910 Census, one finds that Bertha is widowed and has 3 sons. They live at 1517 Boardwalk. Did she take over her husband's business? How did he die? Her oldest son is 18. They live and work in the same building. Unfortunately, the 1900 Census didn't turn up much to give more info on the picture, but there were several city directories including one from 1910, showing the FLETT photography studio at 1517 Boardwalk.

How we lost Mr. Flett can be as simple as consumption or something even more sinister (Boardwalk Empire fans, chime in and give me your best theory there!)

So far in this journey, Papa has had a presence in Pittsburgh and now on the Atlantic City Boardwalk getting his picture taken.

In both pictures, Papa is looking quite dapper.

Who's the lady with the baby?

Papa with the family

In this photo one can see Papa posing with his family. To his right is what one can only assume is Mrs. Papa and the family dog at his feet. To Papa's left his either his mother or mother-in-law.

SIDEBAR: As of this publishing, there is much debate on whether this is Papa's mother or his mother-in-law, so please participate in the poll to the right. What say you? Leave a comment below as to why you think so as well.

On Grandma's lap sits an infant child who for all practical purposes, it can be safely said that this Papa's daughter.

Unfortunately, this very well may be the last time this family is photographed together.

Looking at the photo it appears to be outside. Possibly taken in the backyard. They're in front of a tree and behind Granny is what looks like a wire fence.

Where in the country it was taken is still a mystery, but one can assume it was taken somewhere on the east coast considering the other two were taken in Pennsylvania and New Jersey.

Straight speculation of course because if Papa was a traveling salesman than then this photo could have been taken anywhere. A farm in the mid-west or maybe the family is from the central coast of California where the photos were discovered 100 years later!

The next Post Card show's Mrs. Papa with the baby. This is perhaps taken a year or two later and wait just a second... where's Papa? Who's this guy? Nice suit mister, but what happened to Papa?

In 1910, the divorce rate was 1 in 1000. The Progressive Era was in full steam and the women's suffrage movement was just getting started. Part of The Progressive era was the real push for the prohibition of alcohol in the United States. Alcoholism ran rampant in the 1890's through the 1900s and many wives fell victim to the sting of an alcoholic husband.

Also in 1910, Carrie Nation in protest of alcohol took to bars and saloons with a hatchet and started a women's movement that would ultimately lead to the 18th and 19th Amendment.

So the question becomes, is that what happened here? Did Papa have the monkey on his back? Comparing the first two younger pictures of Papa with the family portrait, doesn't he look a little different? Could that be the signs of too much hooch?

Perhaps Papa had wandering eyes and was quite the player? After all, he's all over the east coast?

Was it a combination of the two? Who knows really? That is the frustrating beauty of these magnificent pictures and incomplete story.

A Letter From Papa

After reading the back side of this postcard, one will learn that the little girl in the other photos is named Helen. Papa is working in Long Beach, CA. with an older man from Columbus, Ohio and Papa is also an engineer. The date is June 16th, 1913. As of this writing, that's just over 100 years ago.

On June 16th, 1913, Woodrow Wilson is the President of the United States. June 16th was a Monday and on that day in history, Kaiser Wilhelm II celebrated the 25th anniversary of his ascension to the throne. Comedian Della Fox dies that day as well and somewhere in Long Beach, CA, a lonely man known only to us as Papa writes a letter to his dear little Helen.

Clearly, these two are separated by a great distance. He misses her terribly. Questions are, is he there just for work or is there a greater pain than distance? Is there a newfound sadness that can be seen in his face? There is a certain anger in the family photo that is replaced by sadness and longing in this picture with the old man.

One has to wonder,what would an engineer be doing in Long Beach in 1913 anyway? Oil was about to boom in Long Beach and The Port of Long Beach was in its early stages of development.

And therein lies some of the real mysteries of this story. Who was Papa and why are his family photos in an antique store in Cayucos, CA? What happened to age him so much in such a short period of time? What happened to his marriage? Did he ever see his dear little Helen again? What becomes of Helen?

Regardless, this is one very small slice of American Pie and Papa's heartfelt story deserves to me immortalized in cyberspace so maybe a relative of Helen will somehow stumble upon this article just like these photos were stumbled on and then Helen and Papa can be returned to their rightful owner.