Royal Descendants of Katherine Swynford and John of Gaunt: Their Children

The Royal Wedding Nobody Cared About

Well, I can’t actually say that nobody cared about it because it took place in the 14th century, and I wasn’t around then. But I imagine that there wasn’t all the same hype present around the marriage of John of Gaunt to his long-term mistress Katherine Swynford that there is around another Royal Wedding happening in a few days - between Prince William and Kate Middleton.

John of Gaunt and Katherine Swynford can count many of Europe’s royal persons among their descendants, as well as some American presidents (except for the current one - no one can really say for certain who his ancestors are because they can’t find his birth certificate).

John and Kate are also my 18th great-grandparents (though I’m not royal or at all famous). Still, I wanted to take the time and write about them and some of their royal descendants (both European and American) because a little of their blood runs through my veins, as well, so I suppose I owe them that much.

To simplify things, I thought I'd write a hub per generation. This is a hub about their children.

Read More About John and Kate 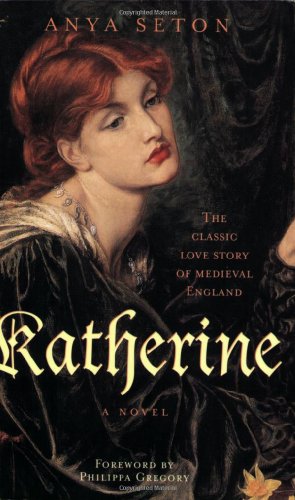 Katherine (Rediscovered Classics)
This is a fabulous book about the "romance" between John of Gaunt and Katherine (de Roet) Swynford. It is historical fiction, but it is very well researched, as are all of Anya Seton's books. This is one of her best!
Buy Now

The Children of John of Gaunt and Katherine Swynford

All of John and Kate’s children were born before they were married to each other, so they were all considered illegitimate and never did achieve full legitimacy (John’s sons by Katherine were never permitted to ascend the throne of England because Henry IV, John’s son by his first wife, Blanche of Lancaster, had the legitimacy/ascendancy law changed, although he probably did not have any real authority to do that).

Here is a list of their children, in order of birth.

All Landed and Titled; None Royal

The very jealous Henry IV made sure that none of his half-brothers or his half-sister would ever have any real claim to the throne. He did not foresee, however, that his half-siblings’ descendants would later be able to claim power throughout Britain and even elsewhere in Europe.

John and Kate’s only royal grandchildren, great-grandchildren, etc. came from son John Beaufort and daughter Joan Beaufort. I will discuss these descendants in later hubs.