Shocking Oats by the Full Moon

Vicki Marie Anderson-Flint is a second generation American, who was raised on a 72-acre farm in Tawas Township, Michigan.

Cricket chirps and the croaking of frogs filled the warm summer evening. A bob-o-link throated his territorial call from the distance across the field. Blue-jean clad with ankle-high leather boots, I donned a long-sleeve cotton shirt and workman's orange-yellow gloves a little too big for my hands.

Yes, threshing day was nearing and the twined-tied oat bundles my father had cut with the binder were lying in the field and needed to be shocked. Shocking oats differed from wheat. Wheat shocks looked like pigmy huts, rounded with a bundle atop, but oats resembled dwarfed longhouses without a cover and the structures running north to south. The sun's rays dried them best that way in the daytime.

Daylight savings time wasn't used in Michigan in 1962, at least not in Iosco County. Twilight still lit the field when my brothers and I went out to help. The farm had 60 tillable acres; a good third of that bore oats this year. So we worked.

Our booted footsteps shuffling through the stubbles sounded like the washboard rhythm of a hick folk band, the turkey-in-the-straw kind. Bundles lay about six paces apart, and we'd walk, bend, and grab the medium-light bundle with a gloved hand under the twine, lightly close the fist and walk over to the next bundle to do the same with the other hand.

Onward we went, the four of us, picking up and shocking bundles of oats in what seemed like a never-ending field. We rarely spoke except for an occasional "get that one" or "okay."

Hours went by and the field began to look like a complex straw village for midgets. A field mouse started to run up my brother's pant leg but became frightened and ran back down, scurrying across the field. "Dang mouse!" my brother shouted, "tried to run up my pant leg!" and gave a half-hearted, airy chuckle for self assurance.

When the field was half done, my brothers headed for the house. Evening's darkness had begun to settle. I stayed with my father, though. Maybe I wanted to prove I was as good as any boy--maybe I just wanted to be with that big, silent man who always knew the right thing to do.

The moon shone on the field now--so bright that I had no trouble seeing the bundles, even without my glasses, and the shuffling footsteps were quieter with just the two of us.

Onward we worked into the night. Hundreds of little longhouses in parallel rows, wide enough apart for a tractor and wagon, spotted the field in a festive straw menagerie.

The Old Farmhouse and Its Furnishings

The farmhouse in the picture was close to a hundred years old and the one in which I was raised. A new house had begun to be built while I was around seven years old, but wasn't close to habitation until I was 16. (The house remains unfinished today because the majority of energies have always been focused on the cows.)

We had electricity and a Motorola television set that had to be plugged and unplugged in order to turn it off and on; two stations NBC and ABC were visible. Occasionally, we could get perceptible ghosts on CBS. Nine rooms and a basement, which my father added and where the hot water heater, milk separator, cannings, apples, and root vegetables became stored, comprised this two-story house.

A shed with a concrete floor and where coveralls and snow clothes came off before entering the house was the first place in which one found himself when entering the back door. A box freezer, where we stored meat, berries, bread, and ice cream, stood to the left of the door that led into the dining room. A wood storage area was to the right and had a dirt floor, well covered with wood shavings.

The dining room had two dining tables, a pot-bellied wood stove, which was good for roasting hot dogs, and a neat built-in closet for good cups and dishes. The closet had three doors with stained glass of a flower theme. The lead lining that framed and held the glass pieces was warped in many places, though.

The kitchen had an electric stove with an oven and a Kelvin refrigerator that had to be defrosted periodically. The two sinks were a white porcelain or ceramic, and we had running water--hot and cold. There were open shelves to store boxes of cereals and dishes above the refrigerator, and a shelf below and to the left of the sinks to store pots and pans.

The washroom was also off the dining room--no, we didn't have a bathroom. We had an outhouse. The washroom did have two, deep concrete sinks connected as a single unit, complete with running hot and cold water. (My brother and I took baths in these sinks every Sunday. And, in those early days with just a few cows, milk buckets were stored beneath the sinks.) A wooden medicine cabinet with a mirror was attached to the wall just above and to the right of the Maytag washer, which was kept next to the always open door. (The space behind the door served as the communal clothes hamper.) There was a small, white table with a linoleum covered top, beneath which odds and ends were kept, and an open wall shelving unit for laundry bluing, shaving items, creams, and a host of other sundries.

The connection from the dining room to the family room was uneven, as the house was actually two separate structures bound together when it was constructed. The dining room had an old couch that we covered with rugs and a bedspread to hide the worn upholstery, a blue vinyl ottoman, a rocker with a fixed base, an oil stove, the television, a table, floor lamp, and a small book shelf. Neutral, decorated wallpaper covered the walls.

Off the family room was the master bedroom with two matching cherry wood dressers, one with a large, attached mirror, the bed, another ottoman, a baby crib, and a set of Britannica encyclopedias in their own stained walnut case. Mother and Father hung their good clothes in the small closet beneath the stairwell. My younger brother and I each used a drawer near the bottom of the mirrored dresser for our under things and school clothes.

Also leading from the family room was the stairway leading to the second story where the girls' and boys' bedrooms were. We also had an attic where we hung clothes in the wintertime to dry from the heat generated from the wood stove's chimney.

The three boys had a makeshift clothes rack, two dressers, two beds, and a table. My sister and I shared a bed, had a bookshelf, two dressers, table, and a very small built-in closet. In the early spring, our bedroom windows became a plant nursery for tomatoes and peppers. The old Christmas cactus, which always bloomed, sat in this area, too, on its own forest green wooden pedestal.

Living in the House with the Seasons

The house's original cloth insulation had deteriorated, and the house was cold in the winter; snowdrifts actually collected on the floor beneath the girls' bedroom window. Sometimes Father had to unthaw the water pipes with a mechanic's light so we could get ready for school. I would sleep in sweat clothes and jump out of bed in the morning, run downstairs, and sit behind the wood stove to get warm. (My younger brother and I spent a good deal of time behind that wood stove.)

In the summer, wild honey bees built their hive between the walls. Buzzing and the smell of honey infused my parents' bedroom. One late summer night, a bunch of dying bees covered the upstairs bedroom floors, and my barefooted brothers came upstairs for a night's repose. I still remember their exasperated, ouch-ouch verbalizations that caused me to chuckle.

The house also had its creaks and moans when the wind blew. The outside siding was weathered and loose in many places. One woodpecker loved tap-tap-tapping on the outside corner of the family room in his ambitious endeavor to procure insect meals.

One late-spring morning I awoke to baby starlings' droppings on my pillow. So, my sister and I used wide masking tape to cover the ceiling hole to avoid a future occurrence. (This worked for awhile--eventually, the birds matured and left the nest.)

My father climbed onto the tar roof every late spring to patch leak places in the roof with a bucket of tar and a wooden spatula. For the areas he missed, we'd put out pans from the kitchen to catch the raindrops dripping into the house when there was a heavy rain.

No, the house certainly wasn't the best, but every room had a window, and the house fit rightly into the neighborhood, the nearest neighbor being a good pace down the gravel road. The house served its purpose, and we called it "home." *** 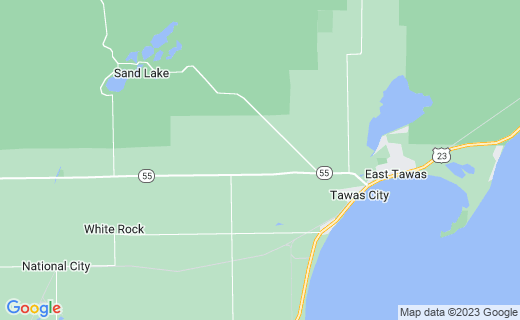 Treasury for Children a a beautifully illustrated book that will provide entertaining reading for hours for both children and adults. Stories such as "Only One Woof" and "Cat About Town" are heart-warming. Books are a gift that can be opened again and again!

The picture of my father and the horses was originally taken by a family relative, whose name is uncertain. I had transferred the image onto fabric around 2003, then took the picture from that with my Samsung cell phone and edited the image in Windows Live Photo Gallery.