The Little Adult Child in the Family

The Little Adult as a Rising Phenomena in This Society

Childhood should be a carefree time free of adult responsibilities, a time to completely be an individual to explore the environment, and to try different roles in order to discover the person the child is most comfortable with. Childhood should be time of no encumberment and complete freedom to unabashedly enjoy life in its purity and simplicity. Childhood should be the simplest and purest time of life with the child revelling in his/her authenticity.

However, some children are little adults. Children who are little adults come from varied educational and socioeconomic groups in addition to all family sizes. There are children who are just de facto little adults because they have extremely high IQs which makes them more emotionally and psychologically mature than their chronological ages. Gifted children are quite mature for their ages and prefer the copy of older children and adults over their same age peers who they deem less developmentally mature than they are.

Gifted children are quite comfortable with their little adult status. In fact, many of them would feel uncomfortable associating with children of their ages because of the advanced intellectual advancement of the gifted child. Gifted and extremely intelligent children have highly developed abstract reasoning skills and other skills which are beyond that of their chronological aged peers. Many gifted and highly intelligent children are also highly individualistic who do not believe in following the crowd or popular think philosophy.

If the child is gifted, showing unusual talent in singing and dancing, oftentimes or not, he/she is "strongly encouraged" into an entertainment career at an early age. Such children are our child entertainers. There are stories that such children are often the family breadwinners who assume adult responsibilities at an extremely early age. Illustrious examples of this are Judy Garland and Michael Jackson among many others. Both Ms. Garland and Mr. Jackson had prodigious talents as children which their parents exploited. Ms. Garland was pushed into movie stardom by an extremely ambitious stage mother who viewed her as a meal ticket. By definition, Ms. Garland was a little adult, she was the family breadwinner while in her teens.

Michael Jackson's biography is well known by millions. Because of his considerable prodigious talents, his father, Joseph Jackson, viewed him as a ticket to success. Father Jackson was a steelworker who was struggling to support his growing family. So when Mr. Jackson's talent was discovered, it was "thoroughly developed" by his father. Mr. Jackson often lamented that he had little or no childhood, constantly being forced to practice and perform.

However, there are equally gifted and talented children who WISH to be child entertainers. These little adults know the pitfalls of the entertainment business; nevertheless, they are quite comfortable being in the entertainment arena. They actually enjoy being in show business and earning their own income. They are very independent and believe that they are responsible beyond their years.

There are some children are just old school. Chronologically they are children but psychologically they are not. They often have knowledge which is quite beyond their years. No matter what their familial circumstances are, these children want to make and create their own way. Oftentimes, these are the children who have afterschool and/or weekend jobs from very early stages. These children hate to be dependent upon their parents for one reason or another. They truly want to be their own persons.

There are children who are little adults because for one reason or another, their parents do not encourage and/or tolerate childhood behaviors. Many parents, especially upper middle class and wealthy parents, want children who are WELL BEHAVED. These parents' definition of the well behaved child is to be controlled, mannerly, and unobtrusive as possible. This an update to the dictum that children should be seen and not heard. Any manifestation of behaviors typical in children are derided and considered either ungentlemanly or unladylike. Children are to be contained and the more he/she is contained, the better. These children could be classified as being severely rigid and overcontrolled who are afraid to be free to just be children and to explore their environment.

Some children are considered little adults because of their parents often precarious socioeconomic conditions. Oftentimes these children are in the lower socioeconomic classes. Their parents often have jobs which only support the family at a barely subsistent level. Some of the parents do not have regular jobs but have seasonal jobs or on public assistance. Often these children contribute to the family income. Some of them have jobs which could be classified as illegal and dangerous. Still others work at regular jobs but must contribute their earnings towards the family. By dent of their family circumstances, these children are expected by their parents to be adults long before they are emotionally, psychologically, and socioeconomically ready to do so.

Sometimes a child's birth order makes him/her a little adult. This is prevalent among oldest and only children. Oldest children are the first in their families. They were often only children receiving the undivided attention of their parents before they were dethroned by a succedent sibling or siblings. Once the oldest child is dethroned and there is a younger sibling or siblings, he/she is held to a higher standard of behavior because of his/her ordinal familial status.

Then there is the only child. Of course, only children will never be dethroned by any succedent siblings. Because he/she has no siblings, he/she often grow up in an adult environment with only their parents to interact with. As a result of growing up in an adult environment with their parents as role models , only children often adapt adult mannerisms, attitudes, and behaviors that children in multichild families do not have. Only children often have more adultlike vocabularies and outlook on life than their counterparts in multichild families.

Many children have parents who can be classified as pure negligent or just absent. There are some parents who are so involved with their own lives for whatever reason that they often leave their children to their own devices. There is often the immature parent who rather be nurtured than to be the nurturer.

There are parents who are so overwhelmed by life circumstances that they cannot reasonably cope with the daily demands of being parents. Oftentimes, these parents do not have outside networks i.e. relatives, neighbors, nannies, and other household help to help them cope with parenting demands. So consequently, one of their children must fulfill the parenting role.

Children in small families can be parentified if parents or a parent has ill health or cannot fulfill parenting duties because of substance abuse or other matters. However, the prevalence of the parentified child occurs in large to very large families. In such families, the oldest children is usually assigned the role of parenting his/her younger siblings as the parents are simply unable to effectively raise such a large brood of children by themselves. Parentified children are little adults who are in reverse roles-they are parents at a stage when they should be nurtured.

There are positive and negative results in children being little adults. The positive results include being prepared for the adult world and being able to cope with disappointments and failures when they arrive. Such children, often or not, know to be self-starters, think, and to act independently. Furthermore, they also have high self-confidence and have high survival mechanisms and skills.

The negative results include believing that their childhoods were robbed by having responsibilities thrust upon them at an early age. Many children who were forced into becoming little adults later rebel and become more childlike in their adulthood. Michael Jackson reported that he became more childlike in his adulthood because he did not have a childhood. Look at Neverland, the place is surrounded by toys and other childlike paraphernalia. Many such children rebel and escape from their jobs and roles as significant others, spouses, and parents to have a last fling at childhood before they die.

There are some children which are considered old souls. They are physically children but emotionally and intellectually, they are way beyond their years in their actions and attitudes. Many children are just naturally independent and prefer to be in charge of their own destinies.

Birth order is often very influential regarding the status of children as little adults. Oldest and only children , because of their ordinal familial position and familial condition, are quite adultlike and mature at earlier ages than either their younger siblings or in multichild families. Parents often have high expectations for their oldest and only children albeit for different reasons.

While some children embrace being little adults, for many others the status is enforced. There are many children who are EXPECTED to behave as adults because their parents are uncomfortable with any displays of childlike behavior. They wanted their children to be controlled little angels. Still other children, because of their family's precarious socioeconomic conditions, are forced to become adults at a young age in order to contribute financially to the familial income.

There are children who become parentified. Of course, there are several reasons for this. They range from having an absentee parent to being part of a large to very large family. There are positives and negatives to a child being a little adult from being able to think independently and having a strong survival savvy to rebelling against such constraints. A child being a little adult is not entirely positive nor negative but is entirely dependent upon the circumstances at hand.

Were You Considered by Parents, Friends, Relatives, and Self as a Little Adult as a Child?

For those of you who are considered little adults as children, please describe your experience

Further Books on the Subject 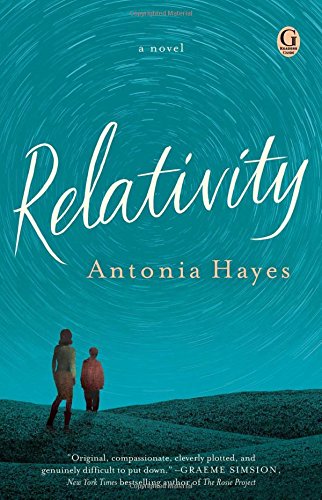