The Joy of Being a New Grandmother

I’ll never forget that shocking morning. My phone rings, and it’s my daughter in Florida.

“I have something to tell you,” she says.

The situation was unplanned; however, the thrill of knowing she would be a Mommy, and I a Grammy, ran throughout my entire body. I immediately asked her what her plans were. With a knot in my stomach and shaky hands, I waited for her answer. I know my daughter very well. I know she isn’t capable of aborting a child since she understood the meaning of it at an early age in life, but now it was a reality. She said exactly what I wanted to hear.

Despite the insistence of others to abort or give it up for adoption, she continued to stick to her original decision to keep it. She knew her life would change forever with inconveniences, but also with lots of love and joy. She knew that she now had the responsibility of being someone’s mother. Every decision she made from now on would affect not only her, but her child as well. She knew she had to postpone finishing college and plan a future for the two of them. At 21 years old, my daughter was a grown woman. She would soon be a responsible, patient, and loving mother. I immediately made plans to spend 6 weeks in Florida to be with my daughter and grandson.

The rest of her pregnancy went smooth, for the most part, with a few common ailments like morning sickness, rashes, growing pains, fatigue, and swollen feet. The baby showed signs of his personality while still in the womb. We learned he is camera shy when he refused to cooperate for the ultrasound technician. He continuously turned away from the instrument so getting a good picture of his face was difficult, but it finally happened. He is also prone to sticking up for himself. Every single time I poked my daughter’s belly, my grandson would kick back at the area poked. We also determined that Garth Brooks is his favorite musical artist because he would calm right down and relax when he heard Garth’s songs in particular. 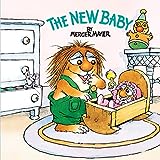 The Pains of Labor

On Super Bowl Sunday when the game was nearly over, her water broke. We showered and were soon on our way to the hospital. For many hours, labor was tolerable for her. It was really more of an annoyance than pain. The bad news, however, was that she wasn’t dilating much. It was moving very slowly. She was dilated 4 centimeters when she arrived at the hospital, and hadn’t progressed. I was unpleasantly surprised since labor for me was 7 hours with my first child, her brother, and 4.5 hours with her. Labor for my mother, who had 4 children, was fairly quick as well.

After 11 hours of labor, the pain was becoming intense and she asked for the previously arranged epidural. I watched the anesthesiologist clean her back, numb the area, and place the needle in her spinal canal. Even though I knew this was a common practice and safe, and I knew it would lessen her pain, watching it happen brought tears to my eyes and made me sick to my stomach. After all, she is my baby, she was in pain, and it certainly wasn’t easy to watch someone stick a long needle into my child’s back.

As time went on, all of the vital signs remained in optimal range. The baby’s heartbeat was perfect, and my daughter’s temperature, heartbeat, and respiratory breaths were all in the range of normal. Her contractions were consistent, however, she still wasn’t dilating. She was in labor for 13 hours when her doctor came in and checked on her. Apparently, when her water broke, it didn’t all drain out. So the doctor got the rest of the water out and she immediately went from 4 centimeters dilated to 7! We were hopeful that the baby would be born very soon!

In the hours following, the nurses would check my daughter to see if she was progressing. Unfortunately, she was not. She stayed at 7 centimeters dilated until the doctor came back to check on her again. 18 hours had gone by since my daughter’s water broke, and now there was a risk of infection. When the doctor examined her, it was apparent that my daughter must have an emergency Caesarean Section. It was explained to us that, although all vital signs and temperatures were normal, the baby had developed an infection, and the heat from the child’s head was apparent when examined. Also, the child’s head was swelling, as was my daughter’s cervix, and she was literally closing up instead of dilating!

Within 20 minutes, they were in surgery. 25 minutes after they took them to the operating room, my grandson was born with 104 degree temperature, and my daughter had 101 degree temperature, both from a highly infected placenta. The baby’s umbilical cord was wrapped around his neck, and he was jaundiced. If they would have waited one more hour, chances are the baby wouldn’t have survived! My daughter was in pain, confused, and frightened.

I, along with the other family members, was stunned, scared, and hurting for my daughter, yet grateful for the doctor’s decision. I must add that this doctor is my doctor, as well. Years ago, this doctor conducted an emergency surgery to correct hemorrhaging that would have cost me my life. If it weren’t for this doctor and the grace of God, my daughter wouldn’t have her mother or her son.

There he was, 7 pounds, 4 ounces, 21 inches long, and absolutely beautiful! He looked exactly like my daughter and son (who were identical as babies). He had long legs, and large hands and feet which leads me to believe he was going to be a tall man like his dad, and his uncle, and have large limbs, like his great-grandfathers. He had a perfect layer of dark brown hair on his perfectly round head and the usual baby gray eyes which we believe will turn dark brown like his mother’s.

My daughter was taken back to the birthing room where she was examined by several doctors in private. Nobody was allowed in the room for over an hour. Finally, we were able to see her. We discovered that she had chest pains during the delivery and needed to be examined by a cardiologist as well as other specialists to ensure her safety. She was going to be fine. My grandson had to stay in the NICU because of the infection and was given IV antibiotics for the 5 days he was in the hospital. My daughter was given antibiotics for the 3 days she was in the hospital. They were both monitored very closely. Everyone was healing well after 5 days and finally, my daughter could bring her baby home.

Have you ever had complications during pregnancy, labor, or delivery?

My Daughter as a New Mother

Because of the severe infection that set in during labor, my daughter’s C-Section incision had become susceptible to infection as well. She required the attention of wound care specialists in order for the incision to heal properly without abscess. 3 weeks after giving birth she was still under the care of specialists, yet healing nicely. It wouldn’t be much longer before things were back to normal.

My grandson being perfect, as all grandchildren are, only cries when he is hungry. He is a happy baby and growing like a weed, gaining more than 2 pounds in 3 weeks! He is, however, a bit colicky in the middle of the night which is common. My daughter is so patient and gentle keeping calm through his little bursts of pain and soothing him as best she can while the tears roll down her cheeks from feelings of helplessness. This too shall soon pass.

My daughter talks to her baby, dances with him, sings to him, reads to him, massages him, and includes him in every part of her life. She studies various baby and childhood ailments and health tips. She listens intently to those who are already mothers as well as medical professionals. She has the confidence, patience, and strength I could never find as a new Mommy. She has made arrangements to go back to school and solidify a career that pays well so that she and her baby can be financially secure. She is researching the school systems in various areas of the country and weighing the pros and cons of life in several regions. She is determined to give her son the best shot at life possible. I couldn’t be more proud of her, and thankful for her decision to include him in our family!

When I look into your little face I see an angel, precious and pure.

I imagine all the adventures you will take and the lessons you’ll endure.

When I see your little smile, my heart overflows with vast happiness.

I imagine the love and laughter you’ll bring with ease and great success.

When I nibble your little cheeks, I feel squishy love puffs on your face.

I imagine you a strong man, fighting for your beliefs, contributing to the human race.

When I watch your little eyes examine my face, I’m responsible to teach all I know.

I imagine exposing you to lots of wonders so you will learn, experience, and grow.

When I kiss your little lips, smell your baby scents, and deeply breathe you in.

I imagine you a terrific family man leaning on the faith you’ll keep within.

The love I have for you, my grandson, is nothing short of Heavenly!