The Types of Drugs Teenagers Use

Good News and Bad News About Teen Drug Use

I was fifteen years old when my parents enrolled me in drug rehab. Although I wasn't yet addicted to any drugs, they feared I might be, and I'm glad they did. Over the course of a month, I spent sixteen hours a week listening to alcoholics and addicts much older than I was (many of them had kids my own age!) talking about how they first started using and the effects of drugs and alcohol had in their lives. Talk about scared straight! The stories they told were exactly what I was doing: an occasional drink, a hit of two of speed, toking on a joint of marijuana on my way home after school.

As a parent, I have watched and worried about my teens' exposure to drugs. I've struggled with knowing how much to interfere and how much to step back and let them learn for themselves - a difficult challenge for any parent! In order to determine what needs to be done, a parent must first recognize the risks facing their child.

Recent years have seen a change in teen attitudes toward certain types of drugs. Fewer teens smoke cigarettes or drink alcohol than at any other point since the Monitoring the Future (MTF) surveys started in the 1970s, and cocaine and hallucinogen use has decreased. MTF is an annual survey that asks eighth graders and high school seniors, sophomores, and eighth graders about their experiences with and attitudes toward various drugs.

More than 40% of all high school seniors reported that they had abused an illicit drug other than marijuana during the year. Let's take a look at other drugs teenagers most commonly abuse.

Prescription drug abuse has risen at an alarming rate. The National Survey on Drug Use and Healthreveals that about 1/3 of all people aged 12 and over who used drugs illegally started by taking a prescription medication that wasn't intended for them.

Teens report they obtain Oxycontin, Vicodin, barbiturates, tranquilizers, and narcotics from friends or family members. Almost any drug that's prescribed for sleep, anxiety, or pain relief is a likely target among teens. Ritalin and Adderall are also commonly abused.

If you have discovered pills in your child's possession and don't know what kind of tablet or capsule it is, visit Drugs.com to use a simple tool that will help you identify it by color, shape, and markings.

These books discuss prescription drug addiction, what you can do about it, and provide answers to gut-wrenching questions about whether you've done something wrong: 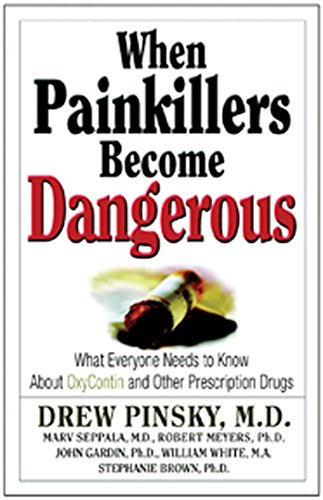 When Painkillers Become Dangerous: What Everyone Needs to Know About OxyContin and other Prescription Drugs
Buy Now

Ecstasy, meth, GHB, rohypnol, and ketamine are examples of club drugs. These drugs, once known as designer drugs, produce profound effects on the brain and in some cases can result in instant death.

Use of these drugs continues to rise. Fortunately, only about one percent of eighth graders and two percent of high school seniors has reported using the drug. Part of the reason for low reporting may be that these drugs are that they're most often used at social events like concerts, parties, and "raves." Rohypnol and GHB have been used to facilitate rapes because they incapacitate the user and interfere with her memory of events.

For more information on club drugs, visit the National Institute on Drug Abuse's InfoFacts page or read in depth from one of these sources:

Buzzed: The Straight Facts About the Most Used and Abused Drugs from Alcohol to Ecstasy (Third Edition)
Buy Now

Club drugs and prescription pills are frequently abused by teens, but other drugs could still find their way into your child's life. Hallucinogens like LSD, narcotics like heroin or morphine, and stimulants such as cocaine are less prevalent than they have been in past generations, but if your teen crosses paths with these drugs, their risk is just as high as it ever was.

Alcohol also presents a major risk to teens, and it remains the most commonly abused chemical among high school aged children. It's easy to get. There is less disapproval over using it. Yet more Americans are addicted to it than to all of the other drugs combined. Addiction sneaks up on users, but it leaves its mark by disrupting relationships and performance. If your child is using alcohol, it is no more innocent than using street drugs. Studies have shown that the younger a person is at the time they first start drinking alcohol, the more likely they are to become addicted to it.

If your child has been using alcohol, please consider seeking treatment just the same way you would if you discovered him or her using ecstasy or marijuana. 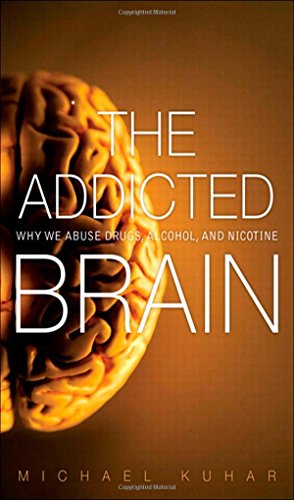 A Final Word About Teen Drug Use

Parents and educators should be alert to any signs of drug use. Even though certain drugs are declining in popularity, they haven't gone away. New drugs continue to present themselves, some legally, and have unknown effects. Synthetic marijuana, for example, is legal in some places and banned in others. Because they are new, surveys don't ask about whether teens have used them. Finally, all teenagers - including the straight A students who play extracurricular sports, take part in choir, and attend church every weekend - are still prone to experimentation. Experimentation might sound harmless, but nobody can predict which incident will lead to harmful effects or tragedy.