ADHD- A compare and contrast discussion of subtypes.

What else is a fountian for? 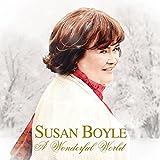 I really wish that if you are going to have children, they made you take a blood test first. Why, you ask? Because of the genetic surprises that children are often born with. I would liked to have known what I was signing up for.

The father of my children admittedly suffers from ADD, but was never diagnosed. Numerous male cousins of mine have ADHD. I didn't know any of this before I got married. Low and behold, my first child not only has a severe case of ADHD, but several co-morbid mental health conditions as well. But, (drum roll please), that's not all! My youngest child (6 yrs. old) was just diagnosed last week with- you guessed it- ADHD!

Really, I am not that surprised. I knew that the second one was having a few issues paying attention in class, and seems to always be forgetting something. But even I tend to be forgetful at times, especially when I am trying to multitask (as us mom's do), so I didn't think much of it. My first born's ADHD is so severe that he has an attention span of less than three seconds without his meds. He is so bouncy and hyper, you never know if he's coming or going. I have a special hand signal I use at home to remind my husband to have patience with my son when he is grinding on our nerves. I make my hand into a shield and place it under my chin, to signify, "just don't look down". Wyatt is only 8, so he is still below eye level and this reminds us to not look down and get sucked in to his little whirlwind of activity. My second son, Marshall, is a pretty mild kid in comparison, and it was only his problems at school concentrating that clued us in to the fact that he might have the condition too. They each have ADHD and they each have different albeit similar symptoms.

Here is a link to a wikipedia article about ADHD http://en.wikipedia.org/wiki/Attention-deficit_hyperactivity_disorder I decided to jump on in and study it again now that I have two children with different subtypes and severities of the disorder. I don't want to regurgitate the entire article for you, but I will compare and contrast my two boys so you can see the huge differences in them that make ADHD a sometimes confusing disorder. Remember, as with everything else, no two children are alike!

1. Wyatt has ADHD combined type (both inattentive and hyperactive). In my opinion this is the worst type you could have. It is definitely trying to one's patience and means you will be begging for peace and quiet for the next eighteen years. Seriously though, it means they are hyperactive (bouncing off the walls), impulsive (do now, think later) and inattentive (oooh, look a kitty, what were you saying, never mind you're boring me anyway). If you have the patience to put up with a child made out of bouncy ball material and not medicate them, then you are a stronger person than I. Personally, there is no way that we as a family can deal with Wyatt without him being on meds. I have also witnessed these types of kids, unmedicated, in a classroom setting, and it's not fair to the "typical" children either. He is a joy and a character and a really neat kid, when he is on his medicine. Without it our home is a circus with the exits blocked and he is the ringmaster. I truly believe that Wyatt may need medication his entire life for ADHD. Otherwise he may have his own version of the MTV show "Jackass" (daredevil punk kids do dangerous stunts that often injure themselves for the pleasure of the attention they receive). Hmm, someone should give those guys some Ritalin. Anyways, I love my son very much and I want him to be the best person he can be. For now Ritalin helps him to be that.

2. Marshall has been diagnosed with ADHD inattentive type. Very similar. For him, medicine is only necessary at this point because he is falling so far behind in school. Concentrating, focusing, and self control have become extremely difficult. Last year I believed that Marshall's issues were in reaction to his brother's past attacks on him and so I put Marshall in counseling to deal with his feelings of being a victim. But by the end of the year, Marshall was feeling better, but still falling behind in school. I knew that it was time to have him assessed by a psychiatrist. Wha-la, Marshall has the same diagnosis as his brother, but to a much lesser degree. He isn't bouncy, but he will interrupt you nonstop. He blurts out answers, or ideas. He is clumsy and forgetful and having a hard time staying on task. I do feel that as he grows up he may learn to control himself better and may function just fine without meds. But for now, his education during these formative years is of utmost importance, and so meds are necessary. Marshall is also a really cool kid. Easy to get along with, very social, and loving. He is a mommy pleaser and loves to be my little buddy. Just looking at these two, it is very hard to see Marshall's ADHD when compared to his brother's.

That is exactly why getting a professional opinion is so important. They can see things that we can't because we are too close to the source. Also, not being in denial is very important to any child's success. If I choose to be in denial of Marshall's condition just because it doesn't look the same as Wyatt's, then I am standing in his way of recieving the help that he needs to be a successful student. Denial is never useful, it only slows down the process of healing or getting help. I want to help Marshall move forward as an individual no matter what the doctor wants to call it. If you have read any of my other hubs on mental illness you will see that I am a very creative, out of the box thinker when it comes to caring for my sons. I don't let a label stop me. I use the label to start my research and teach myself what I need to know to help us all function at the top of our game. I have found vitamins that support brain health, but none that "fix" ADHD. I hope to keep looking and someday find a vitamin alternative to Ritalin or other meds. For now, my main goals include limiting their sugar intake, restricting artificial colorings from their diet and encouraging them to get lots of outdoor exercise.

ADHD has proved to be a toughie for me. I was not born with patience. I have a very strong dislike for idiots and wasting time in general, but I am also very loving and friendly. The good Lord must have decided that "patience is a virture" that I need to learn. As for the blood tests I mentioned at the start of this hub, I would still have had kids, even knowing that they may have this disorder. But I could have learned about it beforehand and not been so lost as to what I was dealing with. You know the old saying "An ounce of prevention is worth a pound of cure".

Does your child with ADHD have any comorbid conditions?