Here's What we know for sure

The man in the photo below is Christopher J. Hillard Jr. Christopher J Hillard Jr and I met at an antique store in Cayucos, CA. called Remember When.

What we know for sure about Christopher is that his mother Ella Brown Hillard is the first cousin of Katharine C Elwood.

We know this because on the back of the photo is written in pencil:

This is what I have to go on.

The questions: How did this photo of a dapper gentleman wind up in an antique store in Cayucos, CA? Next, is there a way to return Christopher to his family?

In order to do that, we need to know more about this man and where he's from.

After a little poking around on Ancestry.com we find Christopher J Hillard Jr in the 1900 US Census. He is 13 years old. He was born in January of 1887 in California. His mother Ella, also a California native, but his father Christopher Sr. is from Ireland. They live on Ninth Street in San Francisco. 133 Ninth Street to be precise.

The Census also tells us more about his mom and dad.

Christopher Hillard Sr was born in December of 1855. He married Ella 20 years ago. He came to America in 1865 when he was 10 years old. In 1900, he works as a butcher. Ella was born in September of 1862 in California. Her parents though were from Ireland. The Census also shows that they are all educated. They can all read and write and in 1900, young Christopher Jr is in school.

Keep in mind, the great San Francisco Earthquake happened in 1906, so is it any wonder that the Hillards have moved? According to the 1910 Census, Christopher Jr is 23 and he and his parents are now living at 3438 22nd Street in San Francisco. Christopher Jr lists his occupation as an engineer working in structural work. His father is still a butcher but now looks like he owns his own shop. You have to wonder if experiencing the devastation of the city from the earthquake inspired the decision for young Christopher to pursue a career in structural engineering. Another interesting point is this; they have 2 lodgers. One is a 35 year old plummer named Edward B Gallagher and the other is a widow named E. Sulsberg. Can't quite tell what the relationship is. Were they just tenants or some degree of family? Many were displaced by the quake. In 1906, you just didn't bounce back from something like that.

From a Google of the company name you find a the text of a book called "The Architect & engineer of California and the Pacific Coast" showing the company in 1915.

We catch up to the 1920 Census where we learn that Christopher's wife is named Sadie. He has a 6 year old daughter named Patricia and his 2 1/2 year old son carries the name Christopher as well. They are still on Jersey St. They are renting. And in the 1920 Census, he is the President of his metal works company.

By the time we reach the 1930 Census, they've added a 7 year old daughter named Barbara. They've purchased a home at 129 21st Ave worth $11,000. Ornamental metal has been good to Christopher.

10 years later. 1940 The Census shows the home value has dropped to 8500. He has a son-in-law living with him named Harry Elding who married Patricia. One has to wonder how hard did he get hit by the crash of 29? What was the impact of the Depression on his business and life? Because for an occupation, he is now working 40 hours a week as a District Manager in the Wire Products industry and making $2,000 a year. What happened to the iron and metal works?

Looking at the 1933 City Directory, he still has the company. The other directories available are limited and it's hard to tell what the whole story is. What I can say for sure is that this does paint a picture of changing markets and economies and the effect it can have on an industry.

Ancestry.com also tells us that Christopher J Hillard Jr passed away April 19th, 1953. He was just 66 years old. Way too soon in my opinion.

Dating the picture is interesting. Googling "hodson fotografer sacramento oakland" gets an excerpt from The History of Sacramento where we find that there is a father and son team of portrait painting and photography with studios in Oakland, San Francisco and Oakland.

Google also hit on a blog called "Shades of the Departed" showing Hodson's San Francisco Studio to be at 416 Geary Street and that studio was in operation from 1898 to 1914. The photo I have shows Sacramento and Oakland. No mention of the San Francisco studio. So I will assume the photo was taken after 1914.

Next we can examine fashion trends. Looking at the collar, it's clear that it's a removable collar. Traditionally called a round tip these collars were in high fashion during the Victorian and Edwardian era. Eventually, the detachable collar became exclusive to formal wear. Challenging to put a real date on it, but looking at his face, judging his collar and baggier suit, I'll put this photo in the early 1920s. However, if a history of photography expert has stumbled on this and would like to comment on the date, please leave one below... 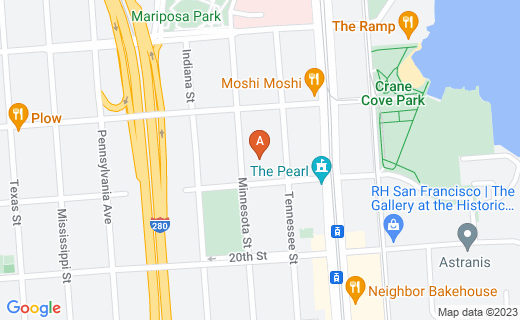 Christoper J Hillard Jr's son, also named Christopher, passed away in 1989 in Monterey, CA. He was 72. Cause of death was a heart attack. He too had a son named Christopher. I was able to track him down through some creative googling (I think I was a Private Eye in a former life!)

I was able to reach Christoher J Hillard the FOURTH and confirm the photo, the writing on the back, the research I did on line and indulge in a nice conversation.

I emailed him a scan of the photo and received the following correspondence:

"It was great chatting with you and I appreciate the picture. My grandfather lost his house in the 1906 earthquake! I have attached a picture of his plant and an article about his business. (pages 101-107). I also attached a picture of the seahorses and door knobs he cast for the aquarium. (pages 34-37) in the power point attachment. Everyone in SF knows those!

He was quite the guy. He built the Hillard Apartments in Pacific Heights and they have a large "H" in metal over the doors. He built all the teller cages for Bank of America (AP Gianinni was a personal friend). He built refineries in Martinez, the Tijuana jail, the Fox Theater, put elevator shafts in many downtown SF buildings, and worked with the famous architect Willis Polk to put all the metal on the historical Hallide Bldg. downtown. see below."

After reading the article (read it yourself if you like, see link above) come to find out that in 1915 at the age of 28, Christopher J Hillard Jr was doing $150,000 in business. In today's dollars that's about three and a half million bucks

Just to really drive this home, a Model-T Ford in 1015 was $440 dollars. So, he was doing pretty good for himself.

Someone contacted you with a picture from your ancestry?

San Francisco Architecture: An Illustrated Guide to the Outstanding Buildings, Public Art Works, and Parks in the Bay Area of California
Buy Now

Meeting Christopher J Hillard Jr. has been a real treat and adventure. It's amazing to be able to connect with people long gone and to see the legacy one man left on a city and even the state of California.

It is also highly rewarding to return the photo back to the family. That's where it belongs. Time only goes in one direction and that is forward. While we are riding that wave no matter what, I believe it is vital to moving forward to keep an eye on where we were and where we came from. There are lessons to be learned from our past. There are great stories and events that shaped our now, our today. We cannot be who we are today without our yesterday.

Yesterday shows us how to be better today. The speed at which the Earth orbits the sun is 67,000 mph. Everything is going fast! Taking a moment to remember how we got here is important. Learning from those who went before us is important. History is important. We may find that there are values and ideals left behind which might need a resurgence and we may also be reminded of what not to do.

Christopher J Hillard Jr looks like a guy I would have thoroughly enjoyed meeting and knowing. An entrepreneur and an artist. A family man who wasn't afraid of hard work and who earned his way. A good American in every respect.