"Tween" is a term used to describe preteens, particularly young girls that are eleven or twelve years old. The word is an abbreviation for "between," referring to the stage between being a child and being a teenager. It also sounds like the word "teen," but not quite, just as the child is not quite a teenager.

The term "tween" does not just describe a certain age range, but also a stage of life. The characteristics of tween-dom can be frustrating for both the child and the parent. Tweens are on the edge of finding independence, but not quite ready to let go. It can be a very challenging time, so you will need to pay attention!

Judy Garland laments being the age between a child and an adult in the following video. She is about 15 years old at the time, but sings about dealing with the difficult stage "in between."

Judy Garland - In Between

When my daughter turned eleven, I noticed she had a greater concern about her looks and what others thought of her. She wanted to wear her hair a certain way and had concerns about weight. To complicate matters, a tween often faces the following changes in life:

That is a lot of change at once! Support your tween by being open on these topics and having the necessary supplies stocked. Your child may want to talk about body changes all the time, or not at all. If your daughter is very quiet or embarrassed, you may consider a good book to help her along. I bought my tween an American Girl book about growing up, and after reading, she wanted to talk more about it.

How to Hug a Porcupine: Negotiating the Prickly Points of the Tween Years
Buy Now

Your tween will start to show more independence, which has its ups and downs. Tweens will demonstrate a growing interest in school activities and friends. They will want you around less as they spend extra time with friends or on their own projects. A tween may prefer to hang out in her room listening to music rather than participating in family activities. Her family may seem "boring" now.

As that strain of independence develops, tweens feel and show more frustration. They may frame an idea in their heads and then get mad if it doesn't play out as expected. My daughter had this big plan to make tee shirts for about ten girls in her class. She had the color and design picked out which included stencils and fabric paint. When I explained the big cost of all the supplies and tee shirts, she was crushed that she would not be able to follow through with her plan. Once she calmed down, we discussed some other options, and she was happy after she made a new cost effective plan. It is all part of growing up.

It is during the tween years that girls typically start to like boys. They develop small crushes and often talk to other girls about which boys are "cute." It is always BIG NEWS to hear who likes whom or who is "dating" whom. They don't really date, since they can't drive, but they consider themselves girlfriend-boyfriend.

Besides discovering boys, tweens develop stronger relationships with friends. They value having and naming a BFF or best friend. Feelings really get hurt at this age when one friend starts to spend more time with another friend. Tweens will also wonder if others like her or not. It is a sensitive time, so your tween may need extra support in sorting through those feelings. 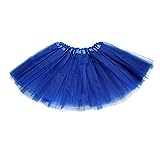 Clothes may never have been an issue for your child, but that often changes during the tween stage. Tweens are very aware of what other kids are wearing and what the latest fashions are. My daughter has always had her very unique style, but she came home the other day saying she could NEVER wear the Bobs (shoes) I bought her. She had overheard other girls saying that Bobs were rip-offs of Toms, so she could never be seen in them. I immediately went for the "it doesn't matter what others think" lecture, but tweens are very concerned about what peers think. I'm still working on that one.

As your tween starts to develop, her choice in clothing will change as well. Your tween will now roll her eyes at the cute outfits you loved selecting before. You will need to guide your tween to outfits that are still "cool" for her, but also deemed appropriate by you. School dress codes and uniforms help with this issue!