What is a Dowager Countess?

The Current Queen of the United Kingdom

Americans are interested in British royalty and their titles. It seems as if every genealogist for every Yank family wants to prove some distant royal blood. The British royal soap opera, Downton Abbey has caught on like wildfire in the colonies and we all want to know what those peerage titles actually mean.

Dame Maggie Smith, known to us for her portrayal of Minerva McGonagall, the Deputy Headmistress in the Harry Potter movies, has assumed the role of Violet, Dowager Countess of Grantham. After watching the season and getting hooked on Downton Abbey, Americans will surely wonder, "What is a Dowager Countess"?

Dowager is simply another was to say 'widow'. Violet was once married to a Count. He died and she took on the title of Dowager. Ok, that solves that conundrum. But what about all those other titles on the show. Why is Violet's son the "Earl of Grantham" and not the Count or Viscount of Grantham?

British Nobility, better known as Peerage, is a complicated system of identifying classes of importance on the English scale. Most titles came with owning land or being rulers over the land. These guys were the masters of their townships, villages and communities. They functioned much like our American system of government, especially the States run branches. The peerage class would also include CEOs of big companies (as powerful people).

British titles are "Lordly", American titles are "Honorary". Still it never hurts to know the sequence or hierarchy of the regal titles of the British gentry. No one wants to make a faux pax when referring to the Lords and Ladies of our cousins across the pond.

Royal titles are not quite the same as nobility titles. Royals are that super special group of monarchs that surely must descend from the angels. Everyone else has to actually govern, own land or inherit their peerage title.

The Royals are the 'face' of England and are right up there with God and the Flag. Everyone in the British Empire is a subject of the King and/or Queen and their lineage. The titled folks may or may not be blood related to the Royal family. Although the Royals no longer have any 'real' power, they do sway the members of the British government and can do so immensely.

Royal titles include (in descending order):

A Monarch is just another name for one of the above. Royals are addressed as Highness, Majesty, Grace and a few other titles (see side bar).

Do You Watch Downton Abbey?

Which Title would you like to have been born to?

Nobility, or peerage, titles are only passed to male heirs. A married woman with a title by virtue of marriage, cannot pass on that title to children, nor can a dowager marrying a subsequent husband. This is true even for Royals. If a princess marries a non-titled gentleman, he may or may not accept the customary title of 'Earl'. This title would be conferred by the Royals.

The other nobility titles (in descending order of rank):

Dukes and Duchesses are titled by their land area. The Duke and Duchess are always called Duke/Duchess of Somewhere.

If a titled Lady dies unmarried, by divorce or death, her title dies out. This is also true if there are no male heirs to the title.

The House of Lords

As of 1958, some titles have been created and bestowed as "life peers". Only the titles of Baron and Baroness may be bestowed as a life peer and the title dies when the owner dies.

The reason for this life peer title is to get them into the House of Lords which is part of British Parliament.

After being Knighted by a Royal, a man is called a Knight of the Realm. A Knight's wife is called Lady Someone.

If a woman is 'knighted', she is called a Dame, as in the real life character, Dame Maggie Smith.

Knighthood is honorary, but it is a noble title and certainly improves the amount of respect a commoner would normally receive. 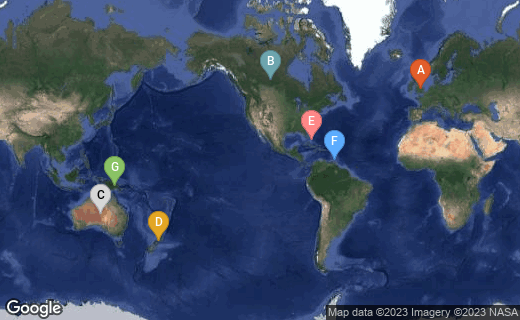 Including the Solomon Islands, Tuvalu

Which character or characters on Downton Abbey do you identify with the most?