Baby-Led Weaning: The Essential Guide to Introducing Solid Foods-and Helping Your Baby to Grow Up a Happy and Confident Eater
Buy Now

When my son was 7 months old we took him to the paediatrician for a check up and she asked how weaning was coming along. I told her we had started offering solid food for him to feed himself when he was 6 months and that it was coming along fine. She was shocked and began to tell me I was doing it all wrong and that I should be spoon feeding him pured vegetables for 2 meals a day, pured fruit for dessert and runny baby porridge for breakfast, she said there was no way he would be able to eat anything more solid at his age.

As we were talking, my son was getting a bit restless so I have him a rice cake to play with. He promptly started munching away on it, biting with all his 3 teeth, sucking and gumming it. The paediatrician could not believe her eyes and said she had never before seen anything like it, a baby eating. I told her that YouTube has thousands of video's of babies eating and that I had read the Baby-Led Weaning book.

I had heard about baby led weaning when I was pregnant and it sounded both fun and practical. Spending hours peeling, boiling, pureing, sieving and storing lots of little portions of various vegetables did not sound like it would be particularly enjoyable and I wasn't enthusiastic about finding time to do it. Plus who can resist those pictures of cute yoghurt covered faces dotted with grains of rice. Preparing the same one meal for all of us sounded much more efficient. I've always loved food and I wanted exploring tastes, colours and textures of food to be something my son would enjoy doing.

So I bought the Baby-Led weaning book and found it told me everything I needed to know. The book explains in detail why baby-led weaning makes sense and how to create a positive attitude towards food and mealtimes for your child. It gives details on what nutrients your baby needs, which foods contains them and what foods to avoid or give sparingly. It encourages family mealtimes and making food fun. One of the main concerns of parents is choking which is dealt with reassuringly in the book. There are numerous Q&A sections which answer every question I could think of and related issues like digestion, bowel movements, using silverware and eating out are all also covered.

I found that reading this book really took the stress out of the whole weaning process, allowing us to make mealtimes enjoyable for everybody. We have avoided any battles over what I think my son should eat and what he wants to eat, I never have to let my meal go cold while I feed him his first and I very rarely have to prepare different food for him than what the rest of us are eating. I would recommend this book to all parents of babies, even those who plan to spoon-feed or pure as it gives so much advice and information on developing a child's relationship with food.

The Baby-Led Weaning Cookbook: Delicious Recipes That Will Help Your Baby Learn to Eat Solid Foods―and That the Whole Family Will Enjoy

If you need some new ideas to refresh your family mealtimes, this has some great baby friendly recipes. 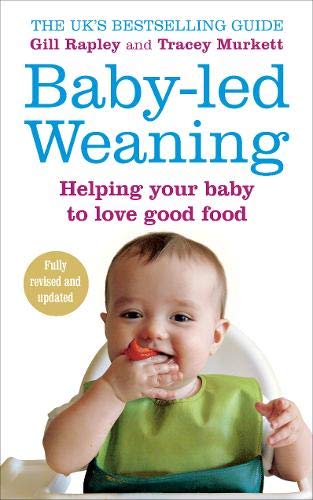 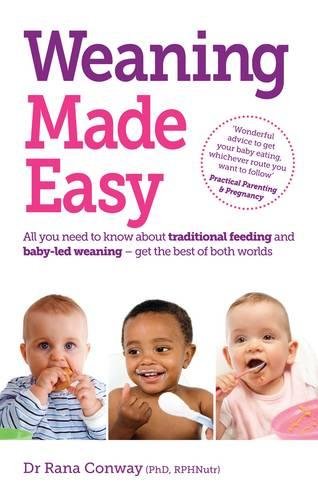 Weaning Made Easy: All you Need to Know About Traditional Feeding and Baby-Led Weaning - get the Best of Both Worlds

Want to compare or combine baby led weaning and traditional methods - this book explains how.

There are loads of video's on YouTube which show just how amazing babies are. Seeing a small baby eating a proper dinner is just brilliant.