Haircuts for kids with ASD

They don't have to be a hair raising experience!

Kids with autism have a lot of sensory problems which can cause meltdowns during normal daily routines such as getting their hair brushed, hair or nails cut, having their faces wiped or teeth brushed and a host of other hygiene related activities.

When my son Cutie was little, I used to give him his Melatonin and sneak into his room and cut his hair while he slept. I sat there on the edge of his bed waiting for him to roll over so that I could get the other side. There was only about a 30 minute window when the Melatonin first took effect before he would become easily awoken.

Why did we have to do that? If you have a child with ASD, you are probably aware of this issue! Electric clippers were to much of an assault on his auditory senses. They are loud and the sound is harsh- he could not tolerate it at all. Scissors were too dangerous- well, traditional hair cutting scissors with the pointy ends- he would hear the sound of the hair being cut and absolutely lose it. Kicking, screaming hitting and thrashing to the point that he would get poked with the scissors. It was just safer to do it in his sleep sometimes.

We always knew that this was not the real solution. He would never grow out of his hatred of haircuts, but we had to actually cut his hair - daytime was for practice and experimenting.

While this lens details the steps we took to help Cutie overcome his struggle with haircuts, the process is pretty much the same for working through sensory and behavior issues with any health or hygiene related problem for kids with autism. We used the same process for brushing teeth, clipping nails and even eating!

Is my son's online name- not his real one. I do not give out his real name for privacy reasons!

Cutie has severe Sensory Integration Dysfunction. He has extremely sensitive hearing and is also very sensitive to touch- especially near his head or face. He had behavioral problems back then too. You may notice that he actually posed for these pictures. It took an awful lot of convincing- I did not actually cut his hair for this lens (I am not a stylist- I can handle trimming baby boy hair- but he has grown up and wants style now). I also had to agree to a new Star Wars book to get these images.

The images on this lens were not just for this lens though. This is a part of how we practice- just usually without a camera. I touch his hair every day with a comb- I gently scrape his scalp with the teeth although we still can't use it to comb his hair unless it is wet with detangler in it.

We have been doing these practices no less than once a week (the cutting part) since he was 3 years old- before that we were working on touching his head at all. He now allows us to take him to a salon (barber shops are too noisy with all of the clippers going). Sometimes we still have problems if it is very loud and busy- also we avoid those with fluorescent lights as that is one of his triggers. We have worked with friends who are stylists, but usually avoid bringing in any really close friends for this one- he holds grudges about this and when we tried a close friend when he was 4... well, he still won't look at her!

At 12 months we tried to cut his hair for the first time. - Oh boy- that was a treat!

The reaction was not what we had expected... we knew he would not like it- this was so extreme is is hard to describe. Suffice to say it did not end for a few hours even though the haircut lasted less than 5 minutes. He was head banging- every time we put him somewhere safe he would crawl back to the hardwood, we ended up bringing in the car seat and strapping him in until he calmed down NOTHING else was working.

We started creating a plan with the help of the therapists he was already being evaluated by. He liked his baby hairbrush- you know the ones that don't really do anything- they are nice and soft though. We had been using it twice a day. We continued that but added a soft brush with slightly more rigid bristles. We increased the frequency and as his hair grew longer I started messing with it more and more- when I ran my fingers through it I made a point to twirl it and give a VERY gentle tug. These were things we had done anyway- we just started doing them more frequently and brought his attention to it.

Over time we added a wide toothed comb- twice a day after brushing.

Remember that a brush with very soft bristles can deliver excitatory stimulation causing the child to become more hyperactive or difficult to handle. If you allow the child to touch the bristles to their arm before introducing the brush to their head, you should ensure that they are applying pressure to the soft bristles as opposed to light touching. The pressure helps to change the sensation from excitatory to calming.

When brushing their hair with very soft bristles, apply gentle pressure and observe the child for guidance. If they appear to enjoy a particular area more than another, revisit the favorite area frequently to reinforce the concept that this can be a pleasant activity. 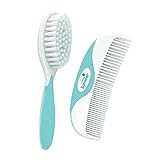 24 months- we can touch his head when ever we want!

Just can't get near him with a comb or scissors.

We were making great progress! Cutie loved me touching his head now! We cuddled with a lot of hair stroking every day. The wide tooth comb was becoming more acceptable to him, but an actual comb that you could pick up the ends of his hair with was still out of the question. He was interested in brushing my hair- I let him try combing it too! He had lots of fun styling my hair in the mornings- my neighbors often got a good chuckle out of my fancy new do as well.

Over the months, we continued to try it every day. We played with combs, we made the tissue paper harmonicas out of them etc. He was comfortable being near them. Finally around 30 months old- I combed my baby's hair for the first time without him becoming violent or trying to hurt himself!

We started by showing him the plastic ones. He played with them a bit and learned how to cut paper with his OT. After a few weeks he stopped having tantrums at the mere sight of them!

Now, getting near his head with them was still an issue. I got a little bit closer every time. We tied a few times while he was busy playing Thomas the Tank Engine and watching the movies. The goal was to gain his trust- not to cut his hair! I was just getting closer and closer until the plastic scissors were touching his head!

Now, plastic scissors don't cut hair, and metal ones make a weird sound. We started with the plastic because it did not seem safe to start with metal given his extreme reactions. The next step would be desensitizing him to the metallic scraping sound of real scissors (ok, still safety scissors- but they were metal).

We practiced opening and closing them about 12 inches away from his head. Then we snuck closer and closer. Finally he tolerated them within an inch of his head! 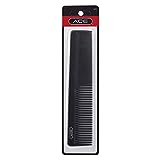 3 years old! - Time to practice the whole thing together!

So now we could touch Cutie's head and he allowed us to use scissors near his head. He was letting me comb his hair.... Time to pretend to cut it.

I held the scissors in one hand, the comb the other, lifted his hair and moved closer with the scissors. He was NOT ok with it!

We practiced and practiced. The kicking is gone, the hitting is gone. At 5 years old he was able to sit, frozen with fear in a salon while the stylist trimmed his hair. He was crying the whole way through but he did it!

Now Cutie is 7. We continue to practice because as he has gotten to be more verbal he has been better able to express the problems- the sounds of the hair in the scissors and the movement of his hair (ladies- if you have ever left a ponytail in too long and taken it out and felt that soreness at the roots- that is what he describes it as). We have considered earplugs- but this is an issue that he has told us himself he wants to overcome.

How badly does he want to overcome this?

Pretty badly- right now he is growing out his hair because he wants it to be styled like Anakin Sywalker from the animated Star Wars the Clone Wars series. His goal is to get it cut and styled by July. He has selected a salon (less buzzing of clippers than Barber shop) and has even offered to pay for it! The stylist did look at it and says she thinks it will be long enough to cut soon- it will be complex with layering and will take a while- he knows this but wants to try! 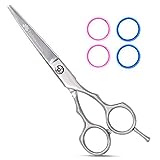 Would you have done it? 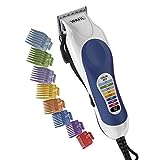 August 27th, 2011 Cutie got his haircut AGAIN! - At a real salon by an AMAZING stylist

Not only is his hair the best it has ever looked, but the stylist was so much fun! She made it such a pleasant experience for him that he just asked me if we could go again today!

This is a nice, short and tidy look but it is not too short, we often end up with missing patches because of Cutie's inability to remain still and this time we found a stylist who was completely unfazed by it which actually helped him to be more still.

There is something wrong with my camera- I will have to come back and post a better picture when I get the settings fixed!

Cutie has just has his hair cut professionally and this time he LOVED it! He had his heart set on getting his hair done like Anakin Skywalker of Star Wars the Clone Wars (not Anakin from Episode 1). She did an excellent job on his hair and he is very happy with it and has expressed that he would not mind doing it again someday!