Kids Inventions Are Clever And Useful

Kids are always very curious about everything and most of them are very creative. But only few of us could possibly believe that some kids use their creativity to invent new things.

Many of these Kids Inventions are designed to help them with a huge variety of special needs and actually, are very simple to make. Most people think you have to be an adult to create an invention. However, kids have a whole different set of needs and modifications that would make their lives more convenient.

Here is a review of some great Inventions Made By Kids

"Kids are natural innovators" - Jon Dudas (the president of FIRST)

One Saturday morning in 1991, eight-year old Abbey Fleck was making bacon with her dad. They'd run out of paper towels, so he put it on the classified section of the newspaper. Mom wasn't too pleased, prompting dad to growl, "I could just stand here and let it drip dry."

Young Abbey realized that it would be both less messy and more healthy to cook the bacon hanging above a dish that would collect the liquid fat. She thought if they could make a rack to hang the bacon, with a dish underneath, they'd never need paper towels. So Abbey and her father began to design what eventually became the Makin' Baco dish. It is a square, inch-deep skillet of microwave-safe plastic, with three T-shaped supports rising up from its center. The bacon cooks while draped over the crossbars of the central supports, and the fat drips down into the dish.

The Makin' Bacon dish is not only efficient, but easy to use. After the rashers (up to 18 at a time) are cooked and removed, the collected fat can be poured straight out of the dish. The three "drip bars" are removable, for easy cleanup and space-saving storage.

One snowy winter's day 10-year-old Kathryn Gregory was outside building a snow fort. Suddenly she felt that her wrists started to hurt because they were cold and wet. She decided to solve this problem and invented Wristies, a fingerless glove that could be worn with or without mittens to keep the wrists warm.

KK's mom helped her run the company while KK was in school, college, and during years immediately after graduating, when she traveled the world from California to Southeast Asia. KK, now 28, is back in Maine as the president of the company. Wristies are sold for $10 to $25 in select stores, on Amazon.com, Wristies.com, and in Plow Hearth magazin.

As a result, people began wearing Wristies while practicing guitar or piano, typing, or even for sending text messages in colder weather. 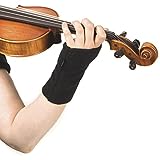 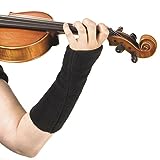 If a child has the backing of his or her parents, anything is possible!

Hart Main's sister was selling candles for a school fundraiser, but the 13-year-old boy thought that these candles were "girlie scents" (lavender, cinnamon, cotton).

So he decided to make candles in more "man-friendly" scents, such as coffee, sawdust, dirt, grass, new mitt (for baseball) and campfire that are sold in recycled soup cans. The soup is donated to homeless shelters.

Hart started his business with a $100 investment that I made from delivery papers for the local newspaper, delivering flyers for a local cell phone store, and umpiring for the local rec baseball league.

Interview with Hart Main the CEO of Man Cans

The Original Man Candles Barbeque Scented Candle - How about smelling up the place with BBQ? 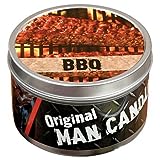 Inventions made by kids are really great!

Frank Epperson was only 11 years old when he invented the originally named Epsicle. He had left his fruit flavored soda outside on the porch with a stir stick in it. It was a cold night. Epperson found the fruit-flavored substance frozen to the stick when he awoke the next morning, as temperatures had dropped to record lows during the night. Though he is said to have tasted it and shown it to his friends, he did little else with his accidental “invention” for a number of years.

More than 18 years later, in 1923, Epperson decided to apply for a patent on his “frozen ice on a stick.” He decided to call the novelty the “Eppsicle” ice pop. He also began producing the treat in several different flavors. A father by then, his children had begun referring to the Eppsicle as the Popsicle. Later he officially changed the name. That name has stuck for nearly a century.

In 1925, Epperson sold his rights to the Popsicle to the Joe Lowe Company in New York. The Popsicle gained popularity very quickly Â­ first made with birch wood sticks and selling for just a nickel. Later the twin Popsicle became available. Today, the brand is owned by Unilever and they sell more than two billion Popsicles every year.

What Do You Like? (Vote) - Popsicles or Ice Creams?

Do you prefer popsicles or ice creams? 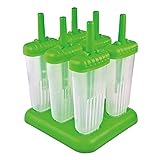 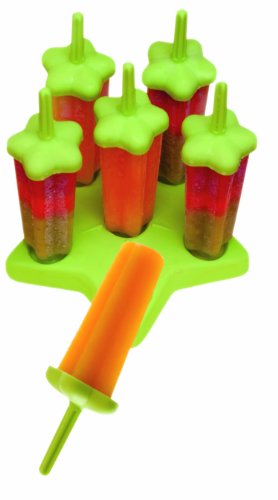 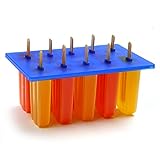 Chester Greenwood invented the earmuff in 1873, at the age of 15. He was testing out a pair of ice skates. Chester was getting frustrated because his ears were so cold. He tried wrapping his head in scarf but it was too bulky and too itchy. So, he took wire and bent it into two round loops, then asked his grandmother sew tufts of fur between loops of wire. He connected them with a steel headband and got a patent on his invention.

He sold a ton of them to U.S. soldiers during World War I. To this day, Greenwood's hometown, Farmington, Maine, is known as the Earmuff Capital of the World. They even have a parade every December to celebrate his birthday - and his invention.

When he died in 1937 at the age of seventy-nine, Greenwood was a Maine celebrity. In addition to running the muff business, Greenwood had been granted more than 130 patents. They included improvements on the spark plug, a decoy mouse trap called the Mechanical Cat, Chester's version of the shock absorber, a hook for pulling doughnuts from boiling oil, the Rubberless Rubber Band, and the Greenwood Tempered Steel Rake. 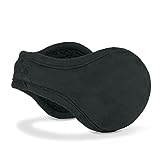 In 1930, the 16-year-old George Nissen, a member of his high school gymnastics and diving teams, watched in awe as trapeze artists performed their daring stunts at a travelling circus in Cedar Rapids, Iowa.

Seeing them dismount at the end of their routines, dropping from their swinging bars and bouncing into a safety net below set the keen gymnast and swimmer thinking about how the performers' act would be even more spectacular if they could continue bouncing and doing more tricks.

This led Nissen to come up with a piece of equipment he called a bouncing rig. Using his parents' garage as a workshop, he simply strapped a canvas sheet to a rectangular steel frame. They initially called it a "bouncing rig," but after traveling through the Midwest and Southwest, they learned the Spanish word for diving board, "el trampolin" and changed the name to Trampoline and got a patent.

Some Trampoline Tricks By Kids

Variflex 38-Inch Mini Band Trampoline
Customer review: "My granddaughter (aged 3) fell in love with her great grandmothers exercise trampoline and spent hours jumping. This made a perfect gift for her birthday that she really loves to play on. "
Buy Now

Pure Fun 12-Foot Trampoline with Enclosure Set
Customer review: "This unit was delivered on time and in great shape. Assembly was easy following the instructions it did take 2 to assemble. The quality of this unit was excellent the kids were using it immediately and haven't stopped since. I would recommend this unit to everyone."
Buy Now

Click Here To Get a FREE $500 Amazon Gift Card

Leave A Feedback - Which Inventions Made By Kids Are Your Favorite?