Today's stop on the Alphabet Journey is with the Letter F!

All crafts, activities and recipes will be centered around letter recognition in a way that makes letter learning fun and interactive.

Also included are fun videos focused on the individual letter and links to free worksheets and coloring pages!

These foods are a fun way to incorporate letters into any Alphabet Activity Day! You could serve them the way they are, and make a game of finding the letter you're focusing on. Or you could be all OCD like me, and actually separate out all the As, Bs, and Cs, etc., put them in little baggies and only serve one letter at a time, to help strengthen recognition. 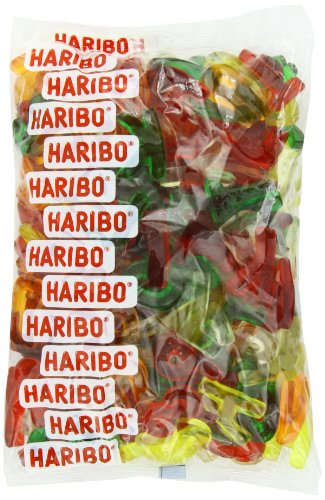 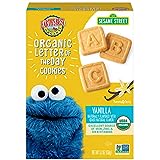 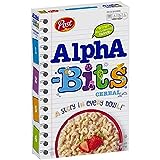 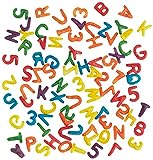 To help keep all of our projects and worksheets together in one place, I purchased a binder to put everything in, separated by letter.

This is my daughter pasting a construction paper F onto the F page of dividers. We did this first, and then added our projects as the day went on.

F is for Fish French Toast

I love French Toast! Typically, thick, day-old bread works best, but I wanted to try it with the Goldfish bread. Since it's thinner and dense, it didn't absorb the liquid as well as I would have liked, but it was still good.

To make french toast, you crack 3 or 4 eggs in a wide bowl and whisk in maybe a cup of milk and a small splash of vanilla extract. This is a recipe I've never measured, because my mom never did either. I also like to whisk in some cinnamon.

Soak the bread slices on both sides and then transfer to a greased griddle or large frying pan. Fry on both sides until browned. Serve with maple syrup.

Letter Sorting: F is for Fish

For sorting uppercase and lowercase Fs, I provided two Fish and cut the Fs into bubble shapes. I provided a glue stick, and she'd attach the letters after sorting them.

F is for Flamingos

Since my daughters are Florida Girls, I thought that a Flamingo would be a perfect project for F Day. I cut a lowercase F out of pink construction paper, as well as tiny wings. Then I cut feet and a beak from orange paper. I provided these and a googly eye for her to construct her flamingo on a page where I'd already attached the tiny flamingo that I'd cut out into the corner.

F is for Flamingos and Flip Flops

What would make a great worksheet for a Floridian child? Something with Flamingos and Flip Flops, of course!

The worksheet is free. You can print it from the link below. Click "download" under "Media Options."

F is for Feathers

For this project, I cut some craft feathers into two or three sections to make it easier to fit them in the letter. My daughter had a lot of fun with the feathers.

The worksheet is free. You can print it from the link below. Click "download" under "Media Options."

F is for Fish!

F is for Finger Flowers I found this idea in an old book from when I was a kid. I cut out "stems" by hand, with a strip that would later be wrapped around the finger. They resembled Ts. Then I cut out some flower shapes and circles for their centers, as well as a few leaves.

I provided all of these pieces, constructed one while my daughter watched, and she made the rest. We then used clear tape to turn them into rings we could wear on our fingers.

Unfortunately, the flowers were a little too heavy for the construction paper "stems." They tended to droop quite a bit, so, in the future, I would make them with a thicker paper or even painted craft popsicle sticks.

F is for Foam Frames

We love foam stickers in our house. And we had a few frames left over from the Princess Party, and this project lent itself perfectly to F Day! 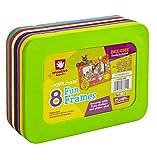 We discovered a series of books at the library featuring different letters and children filling boxes with items that begin with that letter. We've since bought a few because my daughter enjoyed them so much, including

So, for F Day, we replicated this activity and filled our "box" with fish, forks, flowers, fruit, flags, a Ferrari, and a letter F block.

My "f" book (My first steps to reading) [Hardcover] [Jan 01, 2001] Jane Bell Moncure and Colin King
My daughter loves this book. She calls it "her" book, since her name starts with the featured letter. She also likes the other books in the series, though.
Buy Now

F is for Fruit and Frankfurters

We healthified our lunch of hot dogs with a side of fruit, in this case: watermelon!

F is for Footprints We've made sidewalk paint before, but this time, we used our feet instead of brushes! I also made it thicker then normal to make sure it would stick to their feet, but I think I made it thicker than necessary, so I'm just giving you the normal recipe, and you can judge from there.

We also made the Footprints within a giant letter F that I traced on the driveway with blue painters tape. It actually didn't stick to the driveway very well, so next time I'd probably just draw the giant F with chalk.

To make the sidewalk paint, combine 1/2 cup cornstarch with 1/2 cup water and stir in food coloring until you reach your desired color. I made two colors in two pie pans. I picked the pie pans because they're a good size for little feet. The plastic forks you see in the photo are what I used to mix the paint without scratching the nonstick pans.

F is for Florida's Flag

Like I've said, we live in Florida, but even if you don't, coloring the flag is still a good F Day project. I told my daughter we could use any colors she wanted for the seal, but she insisted the entire thing should be yellow. And she also insisted that I finish the red stripes she'd started while she colored the seal. So it was a mother-daughter project!

The funny thing about this project, is that both of my daughters though the coffee dough was cookie dough. Technically, it's edible, but far from palatable. I thought the colors and texture would be great for replicating fossils found in rock, but after seeing both of my kids try to eat it, I think next time I'll just use chocolate cookie dough instead!

Anyway, to make the coffee dough, you'll need to start with used coffee grinds that have been dried. The best way to dry them is just to spread them out on a cookie sheet for a day or two. If you don't drink coffee, you can get used grinds from your local coffee shop. If you don't dry the used grinds completely, you'll need less water in the dough.

In a bowl, combine:

Shape the dough into small discs or squares or whatever shape you like. I placed mine on cookie sheets lined with parchment paper before stamping them. The I let the girls use their dinosaur toys to make footprints in the dough. Bake at 200 degrees F for 30 minutes, turn the discs over and bake for another 30 minutes. They should be dried out at this point. 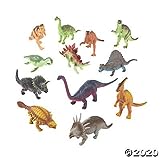 F is for Fish Sticks and French Fries

A super easy dinner for a very busy day. Just pulled some Fish Sticks and French Fries from the Freezer ("F" word!), and spiced them up on a cookie sheet. Bake and done!

F is for Fairy Fudge

I decided to make white chocolate Fudge and to call it Fairy Fudge because we used sprinkles on the top to resemble Fairy Bread.

I'm not going to share the recipe we used because it was a "creamy" fudge that just didn't set as well as I'd like. I went for an easy recipe instead of a more time-consuming, but also more stable recipe, and so we were left with a fudge that practically melted at room temperature. A common trait of fudge made with cans of condensed milk.

Either way, my girls loved the flavor of the very little I let them eat - it was super sweet!

Free Worksheets and Coloring Pages for the Letter F

Videos for the Letter F - My daughter especially LOVED the first song, since it was all about "her!" :)

Which is Your Favorite Activity?

Leave a Note! - Let us know what you think! What kinds of activities have you done with your children?