A beautiful baby girl was born and named Felicia Nicole Mikels who has a mother, father, and a big (one years old) sister.

This child at this time is the youngest family member of 6 cousins, 5 aunts, 6 uncles, 3 grand parents, and 1 sister.

This baby girl was nick-named Fleesh. As with all babies, she was adored by everyone who seen her.

She developed dirty golden blonde hair and a tom-boy personality. She became strong, independent, and stubborn to what she wanted on a daily bases. She refused to except NO for an answer no matter what her punishment would be.

By the time Fleesh entered middle school, her family members increased with cousins and siblings. She now had a sister and two brothers.

Fleesh was not a person that had problems with making friends wherever she decided to do so.

The more friends she made, the more she was away from home. She did get good grades because that was a must with her. At a curtain point Fleesh sometimes disregarded her curfew because she had a need to be with other people.

As Fleesh grew older her mouth displayed rudeness toward her mother and father. Dad let her do anything as long as she wasn't getting on his nerves. Mom on the other hand wanted to be a mother. But every time she would lay down and enforce standard rules, she was disrespected by both the child and the father by not following anything mom said.

Because of the strong person that Fleesh became, she took on the role of big sis. Laura did anything and everything she could to hang out with her sister Felicia and her sister's friends.

Home became not a good atmosphere for this family of 4 children and both parents. Dad was doing things outside of the family and mom was trying to take care of her children. Her 2 son's had severe ADHD. Mom refused help from her family members and she had no friends.

Neighbors began making phone calls to the local police and to DYFS (Division of Youth and Family Services) pretty much on a daily bases. This was because of the loudness of the events that went on in the household.

Everytime mom tried to do the right thing, she was threatened to loose her children because the loud noices were reported.

Dad left the home and he left mom holding the bag. A huge bag actually. Dad moved in with his mother and eventually took custody of 4 kids after he managed to loose the family home.

The girls was left to defend for themselves because they would not listen to rules. They went where and when they wanted. As expected from most teens, the sisters mixed with a rough crowd. MOst smoked weed, popped pills, and drank alcohol.

Laura got pregnant and had a beautiful baby girl in 2006. Fleesh took steps on bettering her life at this point. She took on a job at a Subway place in Cherry Hill, NJ. Some thought that it was because she wanted to help take care of her niece.

Felicia gave birth to a baby girl on December 10, 2007. She named her Miciana, after a favorite pop singer.

January 18, 2008 Felicia was killed by her uncle's best friend and the assistance of her uncle. Fleesh was about 100 pounds at 5'7 inches. They beat her over the back of her head with a 4x4, wrapped her in tarp and put her in a near-by creek that leads to the Deleware River.

Uncle Chris and his best friend has been in the Camden County Jail since January 20th. Miciana was found in a car seat on someone's lawn in freezing cold weather.

A body was discovered just a few days after Felicia's 18th birthday (April 24, 2008). An autopsy had to be performed in order to see if the body was male or female.

Dental recorts were salt and pronounced that it was Felicia Nicole Mikels.

Finally DNA results finally came. Christopher Mikels is the biological father of Miciana Ceira Ramos, who is the daughter of Felicia Nicole Mikels.

Chris is Felicia's father's brother. Her uncle. He raped her and that was the secret that I could not see. She told no one because she was afraid.

Baby has been given to Chris's sister. My family has lost two people because of these people.

Sibblings are still trying to figure out how to handle being without their sister. Family members continue to try and help them with their unanswered questions.

Selena was a favorite 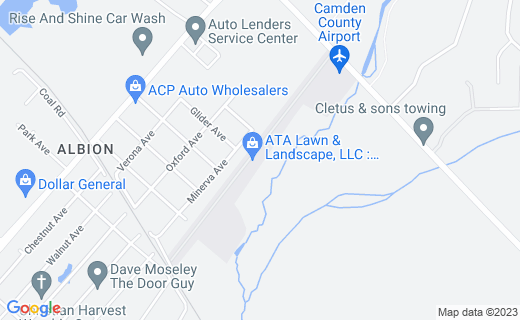