My toddler and I did a bunch of fun projects to celebrate Thanksgiving this year. We made different types of turkeys, out of felt, paint, feathers, and clothespins, and we put together tiny candy cornucopias.

I photographed and described all the projects we did so you can easily introduce your Little One to Thanksgiving with these fun projects, too!

Also included is a photo of the cute, little hair clip turkeys I made for my girls!

These were a simple and fun creation, albeit a little time consuming. And I wound up doing most of the work, because you have to mold the cones while they're still to hot for my daughter to hold, but she did enjoy filling them with me.

I dipped the ends of the cones in a cup of water, about an inch. Then I sprinkled a few drops from my fingertips inside the cone. (Too much water will make the cone mush - you need just enough to make a little steam.)

Then, one at a time, I'd microwave the cone for 30 seconds on high. As soon as it was done, I carefully wrapped the end around a thick pencil and held it for a few seconds until it held it's shape.

Once I'd repeated this for all the cones, we filled them with candy. I used an Autumn Candy Corn mix, and I was going to toss in some Reese's Pieces, but my husband ate them all. M&Ms, Runtz, and marzipan fruit are other options.

Once the cone was filled with candy, I wrapped a small square (about 3x3 inches) around the end and secured it with a piece of ribbon that I tied in a bow.

These are also great to use as a place setting. Try printing the name on a little piece of paper, punching a hole in one end, and threading it on the end of the ribbon!

Ahead of time, I cut out the felt pieces for the turkey. I cut a circle for the body, small triangle for the beak, and pointed ovals for the feathers.

After she attached the beak and googly eyes to the center of the body, I applied a bunch of white glue to the top so that she could place the feathers wherever she wanted.

It actually turned out that the white glue didn't really keep the felt together, so I snuck in a little hot glue later, just to keep everything in place.

This project would also work well with foam.

My daughter had soooooooo much fun with this one, that after she dipped her hand in a small paper plate of brown paint, and applied it to the construction paper to make the turkey's bodies, she then made a couple dozen more turkey bodies all over the newspaper that was set out to protect the table, while the construction paper dried. Kept her extremely entertained.

One the paint was dry (and we washed her hands), she glued on googly eyes to where her thumb print was, and we put white glue over where her fingers prints were so that she could place the colored feathers where she wanted.

Make sure the glue is completely dry before you try to hang it.

For this fun, little project, I cut out a paper plate to somewhat resemble the side view of a turkey. I colored the beak, wattle, and feet, so my daughter would recognize it as a turkey (since Grandma couldn't!)

The clothespins make it a little heavy to hand on the fridge, but she had fun, and that's all that matters!

I assembled them just like the Felt Turkey above, but I glued it all together with hot glue. I also glued them to bobby pins with the hot glue, but first placed the piece of paper plate between the twines of the pin so that it wouldn't get glued shut.

Supplies You May Need 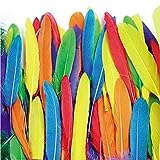 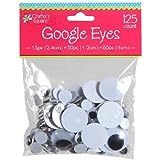 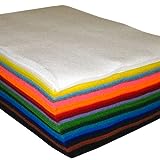 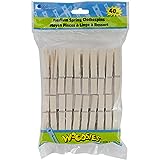 Leave a Note! - Let us know what you think!